The High Court of England and Wales has dismissed a libel lawsuit against Roger Ver, which Craig Wright had filed earlier for lack of evidence as the court paper said on July 31.

August 1, 2019, | AtoZ Markets – Wright, the Australian computer scientist, was thought of being the creator of Bitcoin, Satoshi Nakamoto as the two media outlets that focus on technology, Wired and Gizmodo, published in December 2015, as Wikipedia documents, which also ads that following reports raised concerns that Wright was engaged in an elaborate hoax.

Over the last period, Dr. Wright filed several defamation lawsuits against many who denounced that he is the real personality for the mysterious inventor of bitcoin, Satoshi Nakamoto.

Among those cases, was one against the Bitcoin evangelist, Roger Ver, who is also the CEO of Bitcoin.com, which the High Court of England rejected yesterday.

The whole case was raised as Ver described Wright in a video as “fraud and liar” and was published on YouTube, along with Twitter and other social media platform. YouTube removed the video for “violating YouTube’s Community Guidelines.”

Sr. Matthew Nicklin from the Queen’s Bench Division, the judge who ruled on the Wright-Ver case, said, “The Claimant has not satisfied me that England and Wales is clearly the most appropriate place to bring his action for defamation over the publications complained of. In consequence, the Court has no jurisdiction to hear and determine the action. The action will be struck out.” hinting further that he excluded Ver had libeled Wright in the UK.

Wright’s claims to be Satoshi Nakamoto were widely repudiated, and known names in the cryptocurrency industry sphere publicly descried Wright to be liar and fraud, including Vitalik Buterin, the creator of Ethereum.

The court’s decision sounds to have appealed to the crypto community on Twitter, as they tend to exclude Wright is the real Satoshi Nakamoto as well, who one of them hash tagged in their tweet the word “faketoshi”, in reference to Wright’s claim to be Satoshi Nakamoto. 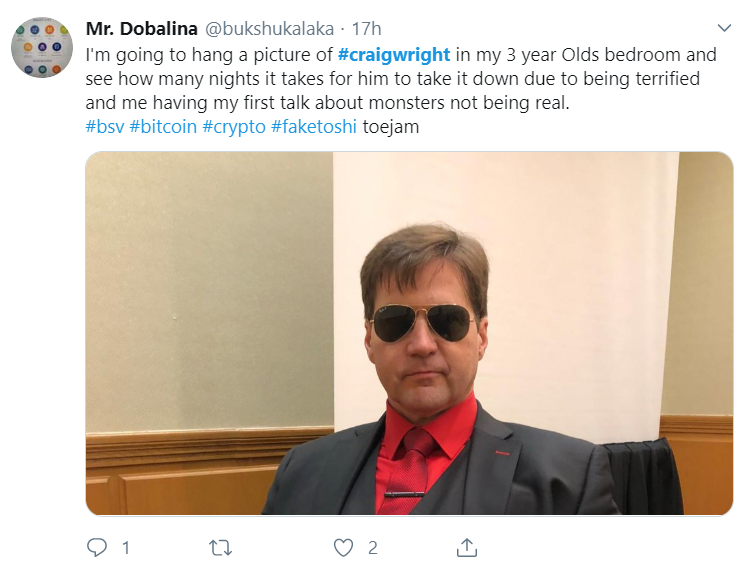 Claiming to be Satoshi Nakamoto had further ramifications

The ripple that pebble created in the crypto sea pushed the United States District Court of the Southern District of Florida to order revealing Craig Wright’s Bitcoin addresses as of Dec. 31, 2013.

The procedure came as part of an ongoing case against Wright filed by the computer scientist David Kleiman, who accused Wright of stealing hundreds of thousands of BTCs, the sum that was worth over $5 billion dollars in February 2018 at the time of first filing the case.

Wright had filed a motion for sealing information related to his Bitcoin holding, however, the court still insisted on unveiling those details.

It is worth mentioning in this context that the US Copyright Office refused Wright’s request to admit him as the real personality of Satoshi Nakamoto, as AtoZ Markets’ reported last May.

We, at AtoZ Markets, would like to draw the readers’ attention that we tried to reach out to both of Roger Ver and Craig Wright for commenting on the news, however, we received no answer.