26 October, AtoZForex.com, Amsterdam — The extensive case of broker CommexFX has been dragging on since the license suspension back in June this year. Thereafter, CySEC has imposed the broker with another two extension of the license suspension. The latest act dates back to the 6th of August.

Interestingly, until now the broker’s license has not been yet by CySEC. However, it came to AtoZ Forex’s attention that on Friday the 23th of October, CommexFX website domain expired. Notwithstanding, this sparked another round of turmoil and discussion. Considering that the broker’s website is still down at the moment. 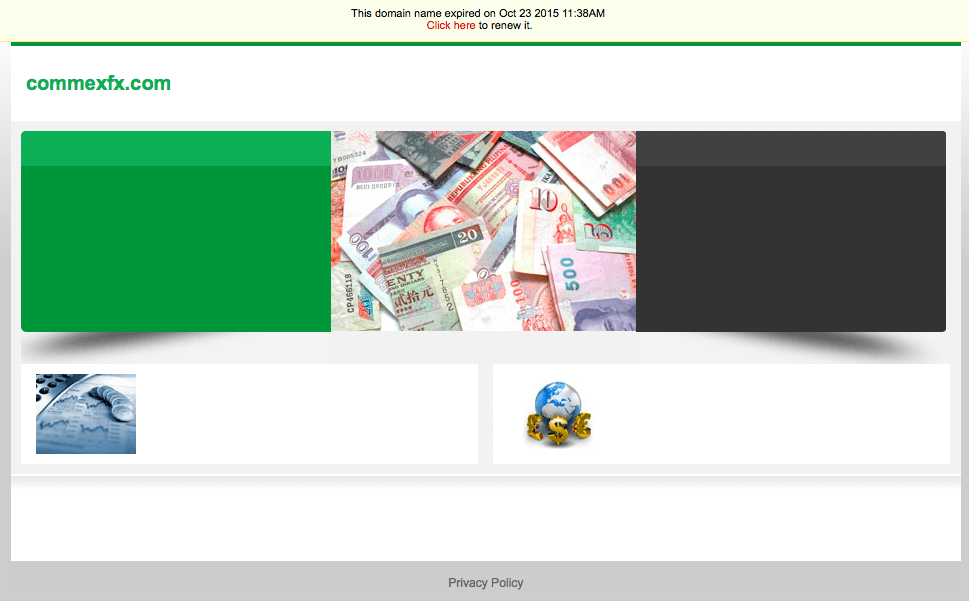 Many investors asked this question to us. Beware, that CySEC has the final say in this case. According to the Cypriot regulator’s earlier announcement in August, CommexFX was given additional time, as CySEC needed time to justify its decision to withdraw CommexFX’s CIF authorization or not.

So far, the regulator has not made any verdict yet. Therefore, it cannot be concluded yet if CommexFX’s license has been withdrawn or that the broker simply is in the progress to renew its domain.

Where it all started

The case against CommexFX was iniated after the discovery of CySEC that the broker did not comply with the CIF authorization requirements. To be exact, CySEC has outlined the infringements as per its released announcement:

First count: “Alleged violation of section 28(1) of the Law, for the non compliance by the Company with the requirements for authorisation as referred to in sections 12 (persons who effectively direct the business), 13 (shareholder suitability) and 18 (organisational requirements) of the Law.”

Second count: “Serious infringements by the Company relating to the operating conditions and obligations of CIFs pursuant to the Law and the Directives (see CySEC Decision 6 July 2015).”

Stay tuned with AtoZ Forex for further clarification upon the case.

MultiBank Group
Test MultiBank Group Now Why MultiBank Group?
Your subscription could not be saved. Please try again.
Thank you for subscribing. You will be the first to receive all the latest news, updates, and exclusive advice from the AtoZ Markets experts.
Everyone is reading
Wall Street Journal's Editorial Board Sides With Ripple
3 Reasons Why Dogecoin Rose 123% This Week, Reaching $0.13
Ethereum Strikes Over $2,300 Key Area - Can Push Further Upward?
close ×