Starting from March 13, Stellar Lumens (XLM) will be available on Coinbase pro for trading. The company revealed this on Wednesday.

March 14, 2019. | AtoZ Markets – Coinbase has added Stellar Lumens on its advanced platform known as Coinbase pro. This was disclosed in a blog post and a Tweet on Wednesday. This news followed the 25th February listing of Ripple on the same platform. According to the post, clients who are domiciled in Coinbase supported jurisdictions will be able to trade XLM on the Coinbase pro platform. However, clients in New York will not be able to use the platform because of the states’ extra regulatory demands.

Coinbase pro started accepting the inbound transfers of XLM at 1.00 P.m PT (Pacific time) on Wednesday. According to the post, the transfer would continue for ”approximately 12 hours prior to enabling full trading”. 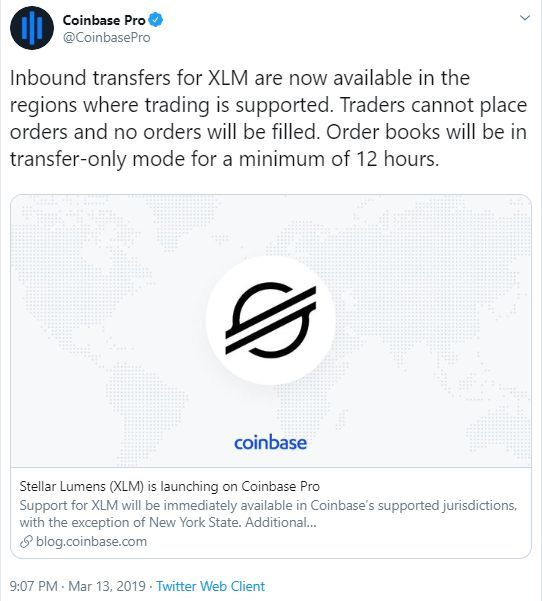 Once a sufficient amount of XLM is transferred to Coinbase pro, trading activities will begin on the platform with XLM/USD, XLM/EUR and XLM/BTC pairs. Meanwhile, when all conditions are met, order books for these pairs will start in phases; from post-only mode to full trading. However, XLM is not yet available on coinbase.com.

Stellar was developed in 2014 as an open-source cryptocurrency by Jed McCaleb, co-founder of Ripple. It has some of the functions and components of Ripple. It was designed to enable banks, payments systems and people to transfer money among themselves and across borders easily, quickly and with very low cost.

On 25th February, shortly after Coinbase announced that it was adding Ripple to its platform, the exchange was called out for insider trading by a popular cryptocurrency analyst with twitter handle @Crypto_Bitlord. Before the official announcement of XRP on Coinbase pro, Ripple had gained about 3.5%. It quickly declined by more than 3% shortly afterwards. 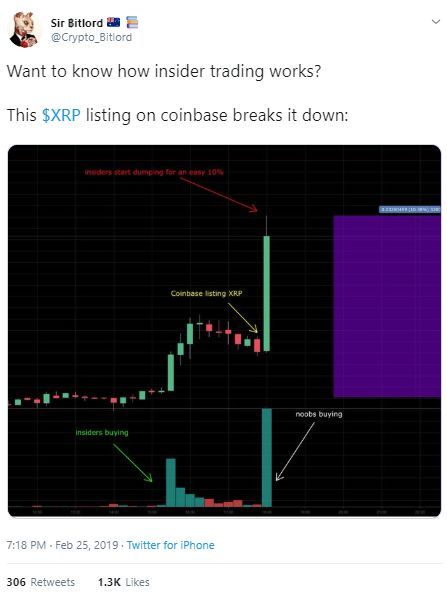 Many accused Coinbase of in-house trading because those who got the information earlier would have profited from the spike and thereafter ‘dumped’ shortly afterwards. However, some also believed that the big up and down spikes were caused by low liquidity and the fear of missing out (FOMO) making some traders bought too quickly. Ripple has dropped since then and has continued the sideways move. Stellar on the other hand has gained 11% since the announcement. The crypto continues the bullish run that started early February. 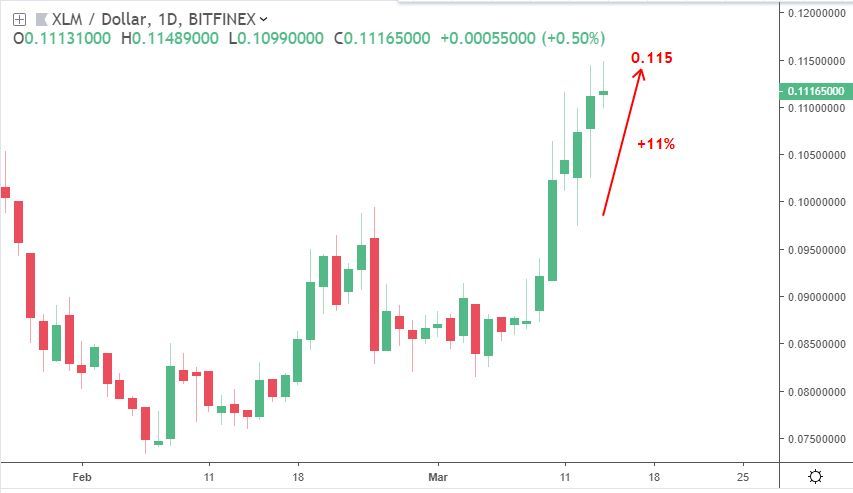 Stellar hit 11.5 cents for the first time since January to emerge among the top gainers in the current crypto bullish run. Whether this is another result of insider trading or not, cannot be ascertained. The announcement is most likely a healthy trigger adding to a short-term bullish trend. If the bullish trend persists, XLM/USD  will hit 13-15 cents on its way to a full recovery.