Coinbase announced that it had appointed Faryar Shirzad at new Chief Policy Officer.

May 24, 2021, | AtoZ Markets - Coinbase, the US-based cryptocurrency exchange, announced that it had appointed Faryar Shirzad, a former White House official as its new chief policy officer to face the global regulatory environment that cryptoccurrencies.

Faryad Shirzad born in London and erved as a member of the National Security Council at the White House from March 2003 through August 2006 during George W. Bush’s administration.

He also worked 15-years at Goldman Sachs, where Shirzad led the firm’s government relations as the global co-head of the office of government affairs.

“As Chief Policy Officer, Faryar will engage with lawmakers, regulators and other policy experts to realize crypto’s full potential to fuel a more equitable financial system along with job creation, GDP growth, and innovation,” Coinbase added.

The revolving door between crypto and K Street has been spinning with increased velocity this year, to the point where the New York Times has noted the phenomenon multiple times.

The Steps of Coinbase

Coinbase had previously upped its lobbying game in Washington by joining Square, Paradigm and Fidelity in launching the Crypto Council for Innovation. That said, it hadn’t had a dedicated government relations chief since Mike Lempres left the firm in 2018 for Coinbase investor Andreessen Horowitz.

Recently, the crypto exchange unveiled its intentions to raise $1.25 billion in funds through private offerings available for institutional investors.

Also, Coinbase announced in April its support for stablecoin Tether (USDT) through its Pro platform.

Remember the Tether is the most valuable stablecoin in the world. The cryptocurrency currently has a market cap of approximately $50 billion.

USDT is the 4th most valuable digital currency in the world. The total market cap of Tether has surged significantly since the start of this year.

On past July 8, 2020, the San Francisco crypto company announced Paul Grewal, a former judge in the U.S. District Court for the Northern District of California, would take charge Coinbase's global legal operations as chief legal officer.

Is not a secret that the cryptocurrency market receives hundreds of new investors every day, but also the same amount of criticism from regulators and watchdogs, for this reason, Coinbase wants to shield its operations.

This is the reason because coinbase has decided to hire people with extensive experience in the government relations sector, in order to provide peace of mind to its customers. 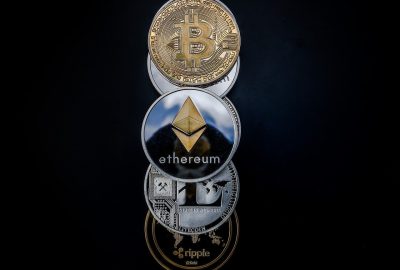