Anthony Murgion, a co-conspirator of the Coin.mx Bitcoin exchange scheme, has pleaded guilty to three counts. How was the scheme operated?

10 January, AtoZForex – Anthony R. Murgio pleaded guilty to three counts related to collaborating with illegal entities and involving into ransomware schemes. As he was accused of co-running bitcoin exchange Coin.mx based in Florida. The company ceased its operations due to charges of money laundering and connections to a JP Morgan hack. 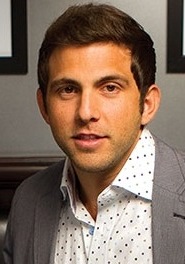 Anthony R. Murgio pleaded guilty in federal court in Manhattan. The offender pleaded guilty to three counts that included conspiracy to commit bank fraud as well as an illegal money transferring business. Despite not being accused the hacking crimes, Mr. Murgio committed crimes with Yuri Lebedev and Trevor Gross in the Coin.mx operation.

In September, a federal court ruled that Anthony Murgio cannot avoid counts of running an unlawful money transmitting business by questioning the status of bitcoin as funds.

The scheme was operating between 2013 and 2015. During this period the website run its operations through a federal credit union and a couple of fake covers, including ‘Collectables Club’. The fraudulent scheme attempted to make financial institutions believe it was a members-only group with an interest in collectables like stamps. Furthermore, they helped victims of ransomware attacks to transfer cash into bitcoins. But they were not reporting dubious transactions to authorities.

According to prosecutors, conspirators enabled their clients to exchange cash for bitcoins through Coin.mx. Clients had to pay a fee for the service. By doing so, the offenders cooperated with people who could be involved in criminal activity. In addition, charges included computer hacking, securities and wire fraud, illegal Internet gambling, identity theft and conspiring to commit money laundering.

Coin.mx was operated by Ziv Orenstein, Joshua Samuel Aaron and Gery Shalon, a person from Israel who was accused of running a hacking scheme. Five other defendants are also accused of being involved in the alleged fraud. Two of the five co-conspirators will face trial next month.

Think we missed something. Let us know in the comment section here below.