Get VIP Trading Signals Market Watch
Trade Now Your capital is at risk.
December 31, 2018 | AtoZ Markets – Claymore Dual Ethereum Miner is a computer software dedicated to those Ethereum lovers. That is said to have a more advanced technology to ease the mining process. And it makes use of the entire potential of the graphics card. That is known to be the primary factor to consider when it comes to mining.

Claymore is bearing the name “dual miner.” Its top feature is that it enables the user of mining Ethereum, and another cryptocurrency like Decred/Siacoin/Lbry/Pascal, at the same time. It can be done without losing too much efficiency in the system.
Claymore was reported to have updated its dual Ethereum plus miner with some performance improvements for slower Nvidia GPUS. It can also increase the usability of older GPUs with less VRAM along with new features and bug fixes. 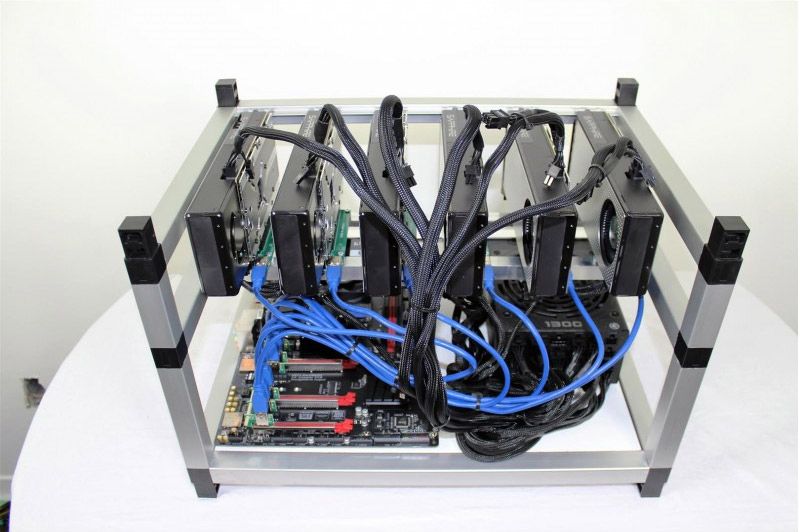 Some of the improvements are:
Claymore Dual Ethereum Miner is one of the most efficient and convenient mining software as tech reports describe it, winning the general recognition of miners.
It can be configured in two methods. One is “Great,” giving a noticeable outcome, with some of the rewards going to the Claymore developer. And another one is “Good,” with lower performance, with no fees deducted from what is gained.
To create a quick walkthrough on how to use it, we are going to the “Great” way in this article.

How to Set Up Claymore:

The Bitcointalk forum thread: bitcointalk.org/index.php?topic=1433925.0. Hosts the installation file so that you can download it from there.
It is usually packed as an archive file. For that, you will need a decompressing software to extract the files to a destination of your choice on your computer.
Once downloaded, unpack the compressed file anywhere on your computer, where you will get a new folder containing the installation files.
In the folder that contains the miner,
After that, you need to create a file that ends with the extension of “.bat.”
For that to happen, you will need to use a text editing program. Microsoft Windows Notepad does the job.
When you save the file, it’s important
Remember to choose ‘All Files’ as a file type, not ‘txt’ when saving. Otherwise, you’ll have a file ending with “.bat.txt” at the end of the file name. That will result in the miner not being able to open this file. Your bat file (let’s suppose it’s called “yourname.bat”) should contain the following text strings: setx GPU_FORCE_64BIT_PTR 0, setx GPU_MAX_HEAP_SIZE 100, setx GPU_USE_SYNC_OBJECTS 1, setx GPU_MAX_ALLOC_PERCENT 100, setx GPU_SINGLE_ALLOC_PERCENT 100.
EthDcrMiner64.exe -epool eth.2miners.com:2020 -eworker RIG_NAME -ewal WALLET_ADDRESS -epsw x

WALLET_ADDRESS can be found in your wallet that you’re supposed to have already.
As for the RIG_NAME –, you can choose any name, as long as it falls within the 32 symbols limitation. And it should contain only letters and numbers (without any special characters like $%»*;@).
As soon as the file is ready, open it. Now mining is on. Bearing in mind that Microsoft Windows might detect the “.bat” file as a dangerous operation, resulting in blocking it from being executed. To avoid such a thing, you need to permit the file to run once you’re promoted for that when launching it. Claymore Dual Ethereum Miner
The statistics can be checked on the pool by typing your WALLET_ADDRESS in the search bar at the top.
As an important note, multi-GPU systems need more Virtual Memory size in Windows, at about least 16 GB:
The path to set the virtual memory in Windows is like the following: ("Computer Properties / Advanced System Settings / Performance / Advanced / Virtual Memory.").