Binary options broker scams have led to an unimaginable case, as a Canadian trader killed himself after 23Traders lost his money. How could this happen? What does the Alberta Securities Commission and the broker have to say about this case?

24 January, AtoZForex – The number of scam cases involving binary options has increased over the recent years. Hence, many financial regulators have started to take action against the binary options industry. As an example, in 2016 the Israeli regulator ISA banned the marketing of binary options and the largest Binary Options license issuing regulator of Europe, CySEC kept on fining broker after broker, the most recent being EUR150,000 BDSwiss  settlement.

Meanwhile, EUROPOL is now also looking into binary options. Yet, are the authorities too late? In a recent tragic case it has been reported that a 61-year old binary options trader committed suicide. Frederick Felix Turbide of Edmonton Alberta was the Canadian trader who killed himself after 23Traders lost his life savings.

23Traders was not supposed to accept Mr. Turbide in the first place as an Alberta resident.

The website of 23Traders.com claims that the brand is owned by Hermes Ventures, which is regulated by the VFSC (Vanuatu license) with license number 14536. However, according to the Times of Israel, the broker operates a call center in Israel under the name Markets Giants Ltd. In any case, the broker lacks the authorization to offer its services in Alberta Canada. 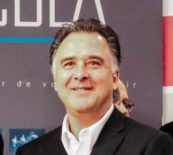 Allegedly, a 23Traders employee named "Julian Wellington" started to communicate with Mr. Turbide on the 6th of December 2016 after his previous contact left the company. In a gradual manner he convinced Mr. Turbide to invest not only his life savings but also the credit for his home and business. Frederick Turbide was told that he was making money and thus was pushed to invest more. Eventually, Mr. Turbide ended up investing over CAD300,000 to multiple Binary Options websites which 2/3 of the sum was with 23Traders. On the 19th of December, Mr. Turbide was unable to access his account.

In response, Julian Wellington told Mr. Turbide revealed the bad news about Euro and other comments. Leading to the 21st of December 2016, when Julian Wellington informed Mr. Turbide that his money was lost. According to a Canadian law-enforcement official, Frederick Turbide committed suicide on the 21st of December 2016. Prior to committing suicide, Mr. Turbide tried to communicate to 23Traders 1 hour before ending his life with the following message:

“I’ve lost my house, my retirement money and my business, damn you. It is now 3:52 PM my time. I am going to take a shower then go to my garage to finish myself off. I am giving you one hour to call me with positive results to put back the money I lost.”

Unable to get an answer from his broker contact left a note to his wife saying that:

“Maria, my love,” Turbide wrote. “I am so, so sorry. I am in the garage dead. Do not go there just call the police… Julian, Thomas and David at 23Traders have pushed me to my death.”

‘I want to see these people shut down’

According to his wife, Maria Chaves-Turbide, Frederick Turbide was an entrepreneur and a good family man. Beyond grieving, she and her family wants justice:

"I want to see these people shut down. I want this scam closed and I want the world to know that they were responsible for taking the love of my life away from me."

How did ASC and 23Traders respond to the case?

onsidering that the late Frederick Turbide resided in Edmonton Alberta Canada, AtoZ Forex has reached out to the Alberta Securities Commission (ASC) for their response to the case. The representative of ASC stated the following, when asked about Fred Turbide:

"Unfortunately we cannot provide any comments on the case, as the ASC is not involved. Binary options trading platforms, like 23Traders.com, are not registered to sell securities in Canada and their websites state that their offices are located overseas. Regulation of companies like these falls outside of our jurisdiction."

When inquiring further; what measures the Alberta Securities Commission is taking to prevent such tragic cases? The ASC representative commented:

"The ASC is aware of multiple websites promoting binary options trading platforms that are soliciting Canadians. We have and will continue to advise Canadian investors to avoid investing in such schemes, even though they are located offshore outside of our jurisdiction."

When contacting the binary options broker, the following was stated by a representative of 23traders.com:

“We do not disclose any client information to third party entities unless to the client himself and/or his legally authorized guardian. The claims are absolutely false.”

Do you trade Binary Options? Please share your experience with your broker with us too.