Get VIP Trading Signals Market Watch
Trade Now Your capital is at risk.
The Chinese bitcoin mining pool BytePool shuts its activities despite a significant increase in bitcoin hashrate in recent days.

07 April, 2020 | AtoZ Markets – The mining industry is going through a difficult period, because the coronavirus pandemic. It forced a large number of Chinese companies to close their doors. Due to the lower profitability of mining, several manufacturers of ASIC devices forced to lower the price of their equipment to capture the interest of miners.

One of China’s Leading BTC Mining Pools Shuts Down

Although bitcoin hashrate has increased by 34% in the past 48 hours, the mining industry still faces uncertainties. Thus, BytePool, one of the largest Chinese bitcoin mining pools, Bytepool shuts its activities.

The decision was made taking into account concerns related to the upcoming halving, when mining rewards will be halved from 12.5 to 6.25 BTC per block. The lack of profitability and the shortage of liquidity also reinforced the decision to quit mining.

According to local media reports, the Chinese mining company Valarhash’s Baite mining pool hash rate dropped considerably, from 4,000 to 200 petahashes per second in early March. The pool has decided to quit bitcoin mining and possibly switch to altcoin mining soon. 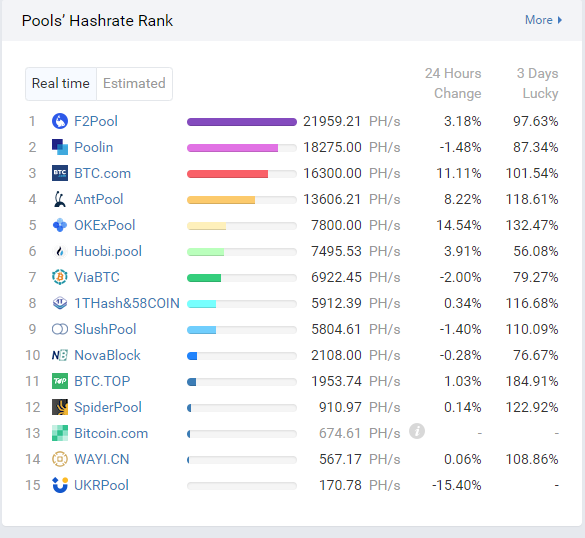 These two mining pools were among the top ten mining pools. At their peak, they were together responsible for generating 9% of Bitcoin’s total mining hashrate. While 1THash is currently in eighth position at the press time, Bytepool will likely transfer most of its remaining hashrate to 1THash, according to the report.

Earlier this year, reports were published in China that authorities were forcibly closing mining operations to contain the spread of the virus.

As the Chinese player abandons the Bitcoin mining race, Binance begins. The giant exchange has announced its next crypto mining pool. Details of the Binance mining pool have not yet released. But it can lead to fierce competition for the best players given Binance’s reputation in the industry.