According to FactSet data, Microsoft Corporation stock has received different ratings from Financial Analysts. Buy or sell? What do the fundamental and technical indicators show?

20 October, AtoZForex – Yesterday, the Microsoft Corporation (MSFT) on NASDAQ ended the day with a 0.23% decline and closed at the price of $57.57. During its last trading session, MSFT stocks traded with the total exchange volume of 22.88 million shares, where the average volume stands around 24.02 million shares. 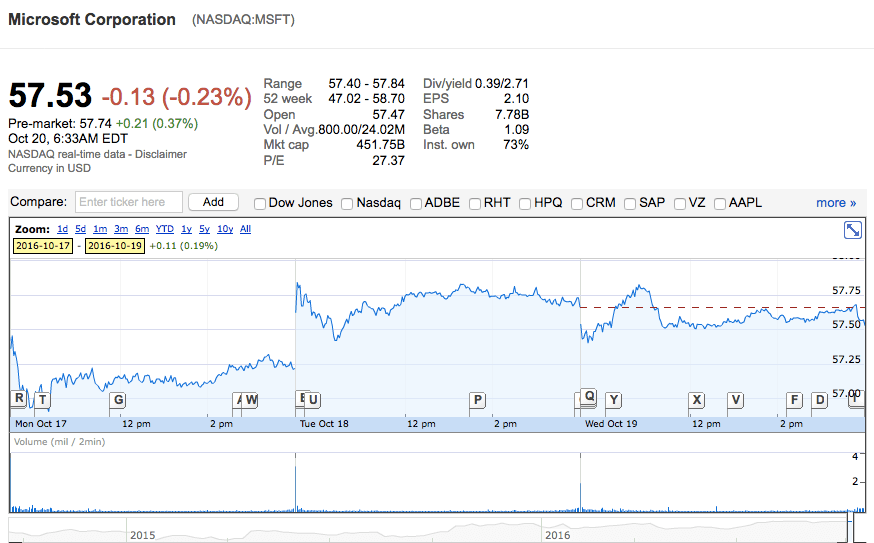 Microsoft stock price could touch $75 based on strong Fundamentals on the longrun, as the Office365 migration has been mainstream with the Microsoft customer base.

Moreover, the stock price was supported by the potential agreement between two giants Adobe and Microsoft, as the firms are planning on the collaboration to introduce the blockchain technology in order to advance the transformation of trade financial transactions.

Moving to technical front, during last 5 trades the MSFT stock sticks at almost 0.82%, while from last month it showed the positive change of 1.28%. In addition, the Relative Strength Index (RSI) was recorded at 52.73 and ATR value of company was 0.80. According to RSI analysis, MSFT is at its resistance, where the simple moving average analysis shows MSFT is facing a resistance at 58.51 and a strong support at 56.43. Moving to MACD analysis, MSFT is a strong buy for the trading point of view. 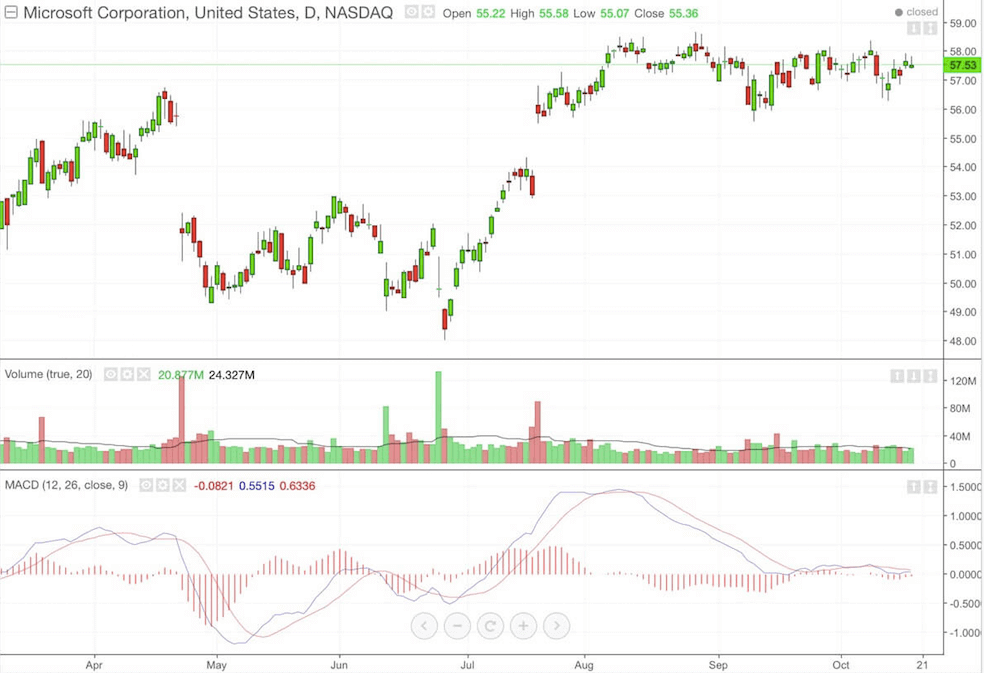 What do analysts say about MSFT stock?

According to FactSet data, Microsoft Corporation stock has received different ratings from Financial Analysts. Recently, MSFT stock has been recommended as BUY from 18 analysts and 2 of them have given an OVERWEIGHT rating for the company.

Following on this, 12 of the experts issued MSFT rating as a HOLD, where 1 of them has stated a SELL recommendation and 2 of them have suggested an UNDERWEIGHT rating. The shares have been given a mean Overweight rating, keeping in view the consensus of 35 Analysts.

The company shows its return on asset value of 9.2%, while its return on equity value stands at 22.3%. Microsoft Corporation’s return on investment value is currently recorded as 13.5%.

What other stocks would you like us to cover? Let us know in the comment section below!