When the news came out on the 27th of January that Liquid Markets is going out of business AtoZ Forex team already quoted that this might be a cover for the company to hide behind their loses. Could it be that Liquid Markets liquidated before the Swiss franc black swan event? We commented that “Although the trouble with Liquid Markets may come as a surprise to many market players, according to our sources in Cyprus, the company had been troubled since autumn 2013.”

But as usual the devil was in the detail of the FCA FAQ like announcement. The UK watchdog commented the following: The initial view in the early stages is that there is a deficit in the client money.

Although there is no specified information given by the regulator on how this deficit occurred as all the client funds were supposed to be fully segregated according to the FCA rules and regulations. However it is apparent that there are some 400 traders, most likely retail, who are going to be affected of this issue.

The following is the snapshot of the FCA announcement: 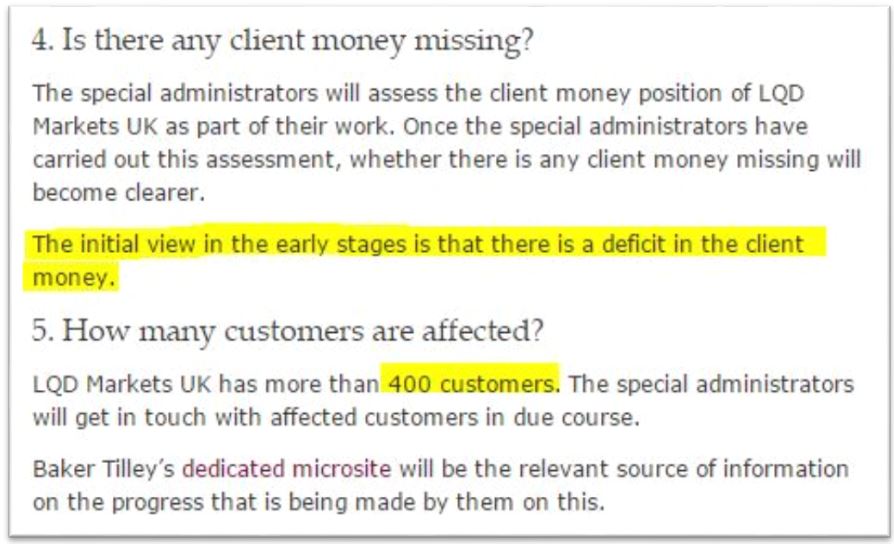 Meanwhile, the Special Joint Administration has also announced that if client accounts have gone to negative they will be asked to pay.

Follow us for more similar stories. We are here to provide A to Z Forex industry news to your fingertips.