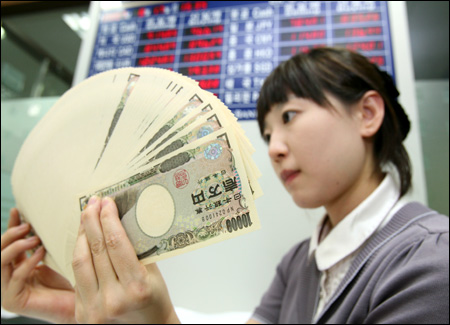 The latest report on the Swiss Foreign Currency Reserves showed that the value of country’s foreign-currency reserves increased to 522.3 billion CHF ($545.7 billion) in March, from CHF509.3 billion in February, showing gains in and possible intervention. The SNB's reserves have risen steadily since mid-2012 as it bought large amounts of euros to curb the franc's gains versus the common currency, used by Switzerland's key export markets. As the dollar makes up about 30% of the SNB’s currency reserves, the recent gains in the value of it reserves is probably due to gains in the value of the dollar. The dollar rose about 2% against the CHF last month, while the euro fell about 3% against the franc. 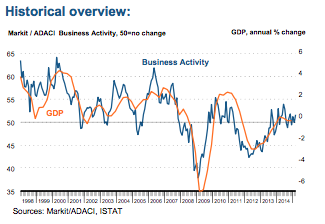 The Italian Services PMI, there was a positive end to the opening quarter for Italian services firms, with March survey data pointing to growth of business activity and incoming new work in the tertiary sector. Buoyed by increased workloads, companies raised employment for the second month running and at a faster rateas stated in the official markit economics release. It came at 51.6, slightly better than forecast of 51.1. 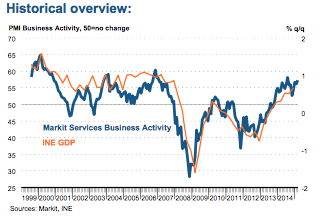 The Spanish Services PMI at the end of the first quarter of 2015 saw a further sharp expansion in business activity at Spanish service providers, linked to the strongest rise in new business since July 2000. Greater workloads supported a further increase in employment as outstanding business built up. Rises in staff costs and energy prices brought a two-month sequence of falling input costs to an end, and firms reduced their charges only marginally as stated in the official markit economics release. Its came at 57.3, surpassing forecast of 56.3

Released earlier today, Japan’s Current Account showed a Difference in value between imported and exported goods, services, income flows, and unilateral transfers during the reported month of about ¥600B. The BOJ maintains stimulus, keeping its policy unchanged in an effort to prevent further fall in consumer prices. The 2% inflationary target seems to be facing a challenge as the BOJ’s main gauge sank to zero, giving birth to fears of deflation, thanks to cheaper oil and the weakness in Japan’s recovery from recession. While most economists foresee additional stimulus boost by October, policy makers on the other hand seem confident that inflation will get to its target to be boasted by encouraging economic events like rising profits and wages. Although, the Central Bank’s effort to boost inflation in the economy has hit some brick walls, mainly attributed to signs of lack of confidence by companies in the recovery of the Japanese economy and worse than expected fall in retail sales and industrial production

By 8:00 pm GMT, the he FOMC Meeting Minutes will be released, and is expected to give a clearer picture of the FOMC’s mindset as “patience” was dropped in the last speech. Further clarification will be sought from the statement to be released.