12 December, AtoZForex.com, London – Australia’s housing market has been one of very few bright spots in the country’s economy in recent years, offering an offset to the falling terms of trade and mining sector.

“However, the APRA’s macro-prudential measures have contributed to a tightening in lending conditions and residential auction clearance rates have started to move lower,” Credit Suisse argues.

The decline in clearance rates can begin to weigh on house prices in the forthcoming quarter and also on measures of growth along with employment in 3-4 quarters. 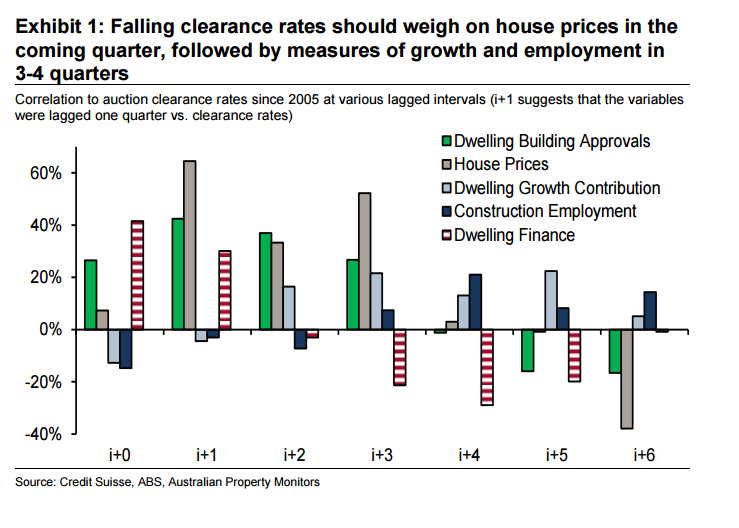 Having contributed to economic growth and inflation in the recent years, a slowdown in the housing market would keep the Reserve Bank of Australia (RBA) biased towards additional easing in the upcoming months.

“We remain structurally bearish AUDUSD and maintain our forecast set at 0.69 in 3 months and 0.66 in 12 months,” Credit Suisse projects.

Meanwhile, BNP Paribas argues that both the AUD and NZD could be set to follow the CAD lower, as USDCAD trades at a new 11 year high at 1.376 in tandem with oil prices breaking through their prior lows.

“The CAD has deviated substantially from the AUD and NZD over the past month and we expect to see AUD and NZD catching up with CAD weakness rather than the other way around,” BNP Paribas projects.

Yet, all of the central bank –the RBA, RBNZ, and BoC have held their last meetings for 2015 over the last couple of weeks and the overall message seems to be “we have done enough” on the monetary stimulus front.

“However, we don’t believe this warrants a more positive outlook on these currencies as the central banks are likely implicitly assuming that FX will continue to adjust to lower commodity prices and Fed tightening,” BNP Paribas argues.

Should the FX adjustment does not materialize, the central banks will likely be prepared to ease further, strengthening the theme of monetary policy divergence.