BlockShow is set to launch its Asia Blockchain Week, bringing global financial and political experts together to drive consensus over the future of blockchain technologies. So grab here your last minute ticket with a 30% discount.

November 26, 2018, AtoZMarkets - As we approach the end of a crucial year for blockchain, the number of questions which have come to surface continues to grow each week. Especially, with the crypto market crashing and testing new lows.

In a landmark event which draws the year to a close, BlockShow’s Asia Blockchain Week will amass business leaders from across FinTech to reach a new consensus about where exactly it is headed.

This event takes place at the Marina Bay Sands Expo and the Convention Center in Singapore, starting from the 27th November to the 1st December. It stand out as one of the most significant blockchain conferences ever to take place, covering every aspect of the technology and its applications from grass-roots through to international government. There is something for everyone at the Asia Blockchain Week, and with its 5 days of activities it is due to be one of the largest events ever to take place in the sector.

The first day of the conference (November 27th) will see the debut of Blockchain2Energy Asia, who has come to stand out as a principal application of blockchain in the energy sector and remain one of BlockShow’s close partners. With the well-rounded discussion about energy and distributed ledger technology, it is one of the most important examinations blockchain adoption in the energy and light industry.

Following the two days of BlockShow, Singapore University of Social Sciences (SUSS) and Singapore Academy of Law will raise debates about smart contracts, ICOs, regulation, trust distribution, and regulations on the convergence of technology. This will no doubt set the bar for governmental cooperation in the field – act fast, as there are limited places! The close partner of the Blockshow, LongHash will also host a day-long event to close the Asia Blockchain Week, giving conference-goers the chance to hold their final meetings while taking note as to what real blockchain use cases in action look like.

From a single conference which took place in 2016, BlockShow now hosts multiple events each year. It has a history of targeting the main centers of innovation across the world, setting up specialized conferences in the dominant technology hubs of America, Europe, and Asia. This year has already seen thousands of blockchain investors, engineers, enthusiasts, and entrepreneurs attend the European BlockShow in Berlin, Germany and the Americas.

Consistently attracting interest from global figures such as Wikipedia’s founder, Jimmy Wales, President Obama’s Director of Press Advance, Johanna Maska, and Techcrunch’s Editor-at-Large, Mike Butcher, BlockShow bridges the gap between blockchain and the wider world. The Asia Blockchain Week will see the greatest number of attendees of any BlockShow so far, creating a discourse among many thousands of people over the future of this revolutionary technology.

The reality of blockchain conferences is that it is a merger of abstract technology with social interaction. It is important to separate the Blocks from the Show, addressing each half individually before congregating together to reach a consensus that evaluates both in the real world environment that it must operate in.

BlockShow caters to this model. With in-depth talks about tech-heavy topics such as the integration of blockchain and AI, or addressing the political nuances of governments taking over blockchain, it is necessary to take the time to congregate in the lounge to break these topics down to a personal discussion, one which unites our human qualities with high-level abstractions.

For when the technicalities become too much to handle, attendees can visit the on-site art gallery, to see some of the world’s most talked-about crypto-art, including the $6 million CryptoMother, signed by Vitalik Buterin himself.

BlockShow event to feature world-renowned speakers from across FinTech

As the final event of 2018, this conference will be unlike any other. Not only will it bring representation from some of the biggest names across cryptocurrency and business, partnering with flagship organizations such as AtoZMarkets, CoinMarketCap, LongHash, Treecoin, Mithril, Connectome, Quanta, Vbit, SFA, Access, Blockchain I, Whale Block and many other.

In a world-first, this fall’s show will include a live-streamed segment, EXP20, which offers viewers a transparent look into the reality of startup pitches, bringing ten hopeful companies in front of a panel of investors, to convince senior venture capitalists that their idea is worth investing in. To make it all the more nerve-wracking, BlockShow attendees will be able to watch it all unfold in person, on the venue’s second stage.

Why should I attend?

There has been a tendency for blockchain conferences to edge away from technology and instead focus on ostentatiousness. Blockchain is not about being showy, or hiring Lamborghinis to entice people into a ‘get rich quick!’ scheme. This not only creates a rift in the community but sends a message of frivolity to the wider world.

It is essential that such events place the technology front and center, inviting professionals and politicians to debate its very real significance at every level of application.

That’s why BlockShow balances representation from both sides: the chaos of entrepreneurship and the much slower approach of lawmakers, with plenty of representation also coming from the middle ground. 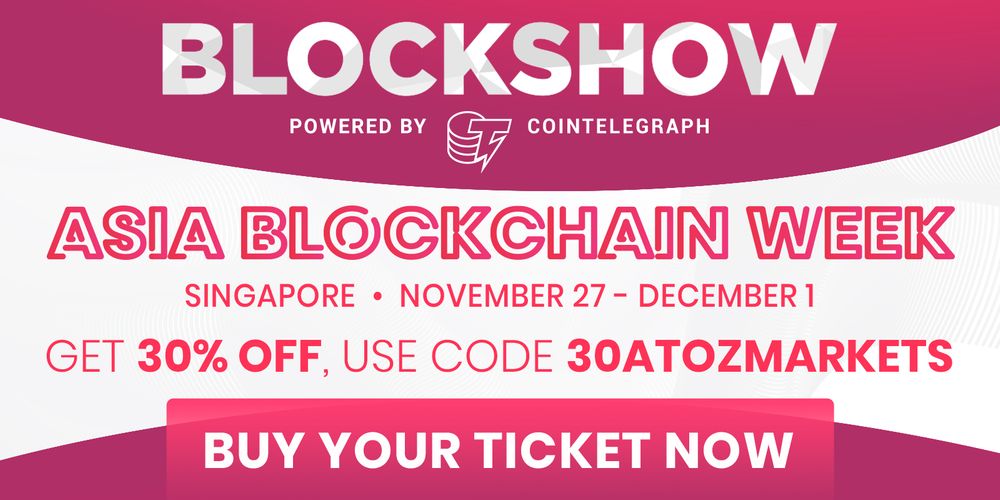 Startups wishing to take their idea to the next level need look no further than BlockShow Asia. Not only does the event offer discounted rates for company delegates, but there is further incentive for those who wish to set up a booth and directly target investors throughout the event in the main exhibition hall.

With over a dozen prominent VC funds in attendance, it could be the perfect opportunity to attract the next financial boost and receive valuable guidance along the way.

While it’s important to emphasize that blockchain is serious tech, there will be plenty of opportunities to leave the business behind and let loose on the dancefloor.

Meanwhile, there will be startup soirées, get-togethers and impromptu celebrations taking place throughout the iconic Marina Bay Sands venue and in the surrounding area. This will be an opportunity to forge more personal relationships among attendees and to rub shoulders with the people who stand at the forefront of this new technological movement.

If you haven’t got your tickets yet, time is running out. With the event of the year taking place in just a matter of days, this is the last opportunity to be at 2018’s most important blockchain showcase. The 7marketz Group and AtoZMarkets.com are partners of the BlockShow Asia 2018, therefore, all of our readers can benefit of a special discount. So don't hesitate and buy your ticket to the BlockShow Asia 2018 with our discount code: 30ATOZMARKETS.