Get VIP Trading Signals Market Watch
Trade Now Your capital is at risk.
Bitcoin (BTC) versus Ethereum (ETH)? Both are undoubtedly among the most widely debated projects. How are they similar? How are they different from each other? And which one is a better investment in 2021. We receive these questions all the time from our readers, family, and friends. They want to know what the difference between Bitcoin vs Ethereum is and then ultimately which one they should buy in 2021.

May 2021 | AtoZ Markets – The coronavirus (COVID-19) pandemic has had an adverse effect on businesses and economies around the world. Nevertheless, both ETH and BTC growth appears to have continued unabated. However, many persons today find it difficult to understand all the differences and choose between Ethereum vs Bitcoin. Thankfully, this guide provides satisfactory answers to all your questions as we have done in-depth research on Bitcoin vs Ethereum for years now.

This guide contains a side-by-side comparison table to help you decipher easily the difference between the two cryptocurrencies. In addition, you'll find all the pros and cons, and much more.

So, without further ado, let’s begin by looking at our side-by-side comparison of Bitcoin vs Ethereum. 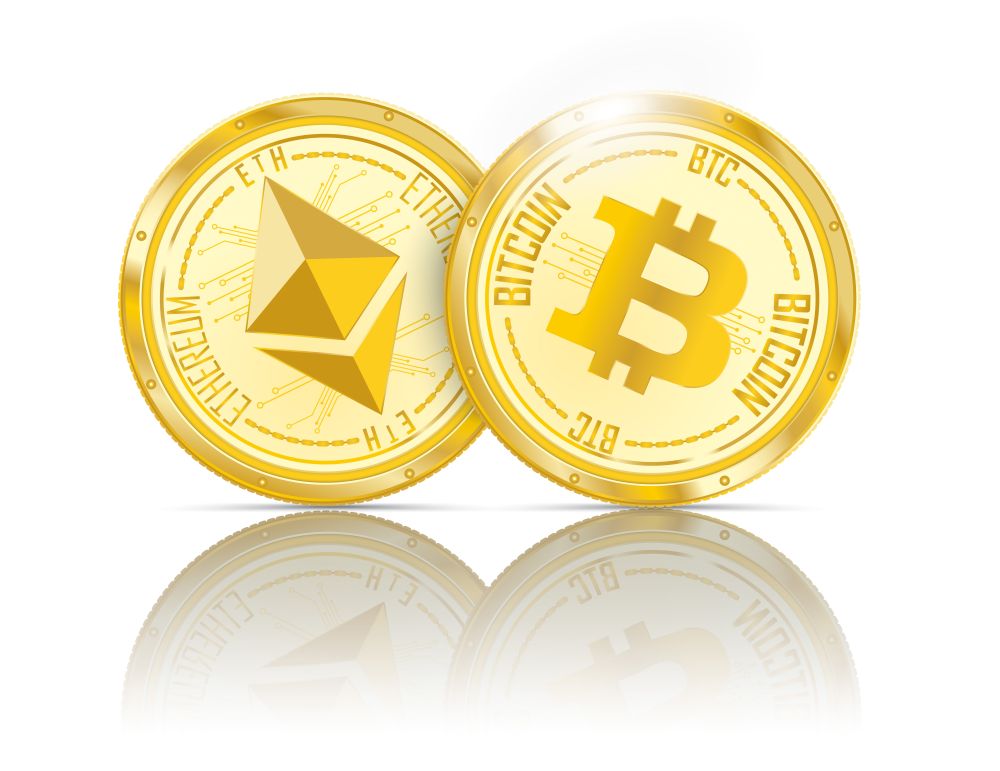 While these coins are the most significant projects in the space, they are quite different in their primary purposes. The summary table below shows the main differences between the Bitcoin vs Ethereum.

The important figures we just compared are not enough to help you decide which cryptocurrency is a better investment in 2021. There are more important factors to consider. Let’s take a look at their history, beginning with Bitcoin. 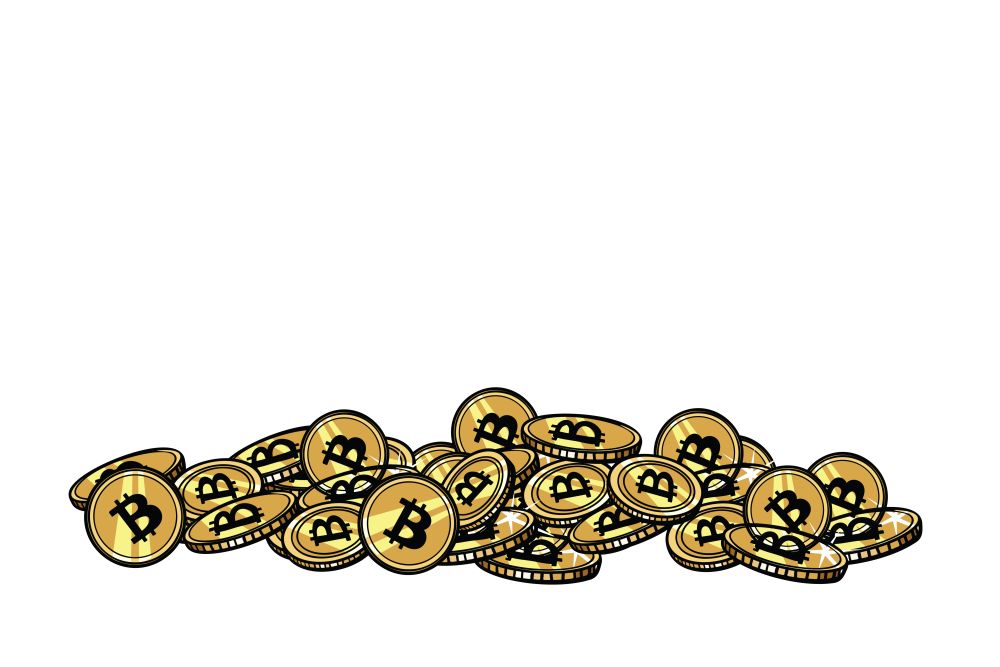 Bitcoin is the world's first virtual currency. It was launched on January 3, 2009, by a pseudonym Satoshi Nakamoto. The decade-old cryptocurrency is built on the blockchain technology and is decentralized. In other words, no one controls Bitcoin, unlike government-issued currencies.

It was designed to document each and every transaction conducted on a BTC wallet address. While Bitcoin users are required to disclose their identity in order to use the coin, all their transactions are made public and traceable. This unique feature prevents unlawful and malicious practices.

If you are looking to invest in Bitcoin in 2021, the following reasons may impress you.

Regardless of its advantages, Bitcoin also has its weaknesses. Take a look:

Remember, it’s a Bitcoin vs Ethereum comparison. Let’s now take a look at the history of Ethereum. 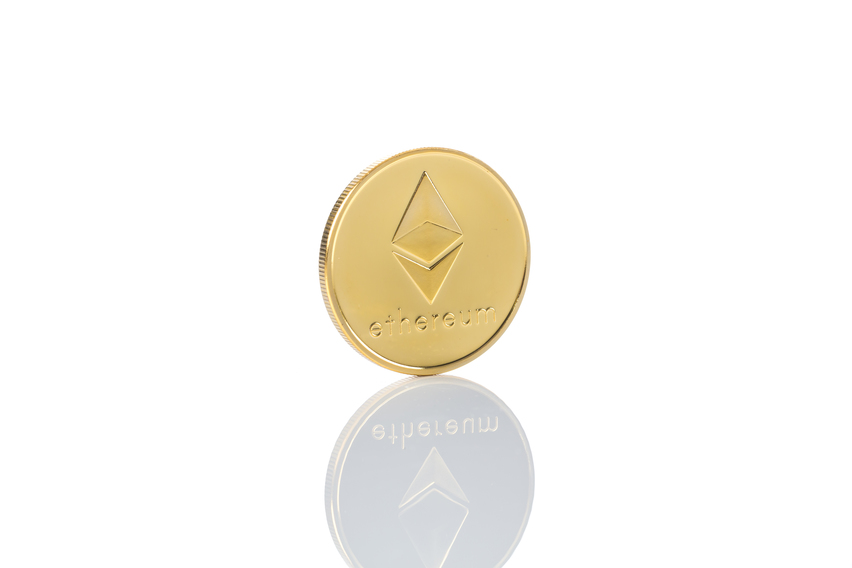 Ethereum is a decentralized blockchain and computing platform which runs smart contract functionality. Smart contracts are unlike the traditional contracts that rely on human intermediaries. They are applications that perform credible transactions without third parties interference. While these transactions are trackable, they are, nevertheless, irreversible.

The concept was proposed in 2013 but was launched in 2015 by Vitalik Buterin, a programmer from Toronto, Canada. Other co-founders include Mihai Alisie, Charles Hoskinson and Anthony Di Lorio. Buterin also announced that Dr. Gavin Wood and Joseph Lubin are also involved.

It is worthy of note that Ethereum is not a currency but a platform. Its native token is known as Ether (ETH) and is currently the second-largest cryptocurrency by market capitalization after Bitcoin.

Moreover, Ethereum, just like Bitcoin has its pros and con. Let’s discuss some of these.

You cannot address Ethereum vs. Bitcoin without highlighting Ethereum’s prowess which stems from several merits of the network features.  Let’s have a look at what they are:

Our Bitcoin vs. Ethereum debate has also taken cognizance of the major downsides of Ethereum.

Having considered the strength and weaknesses of Bitcoin vs, Ethereum, let’s now discuss what a blockchain is since they both run on this technology.

What is a blockchain? 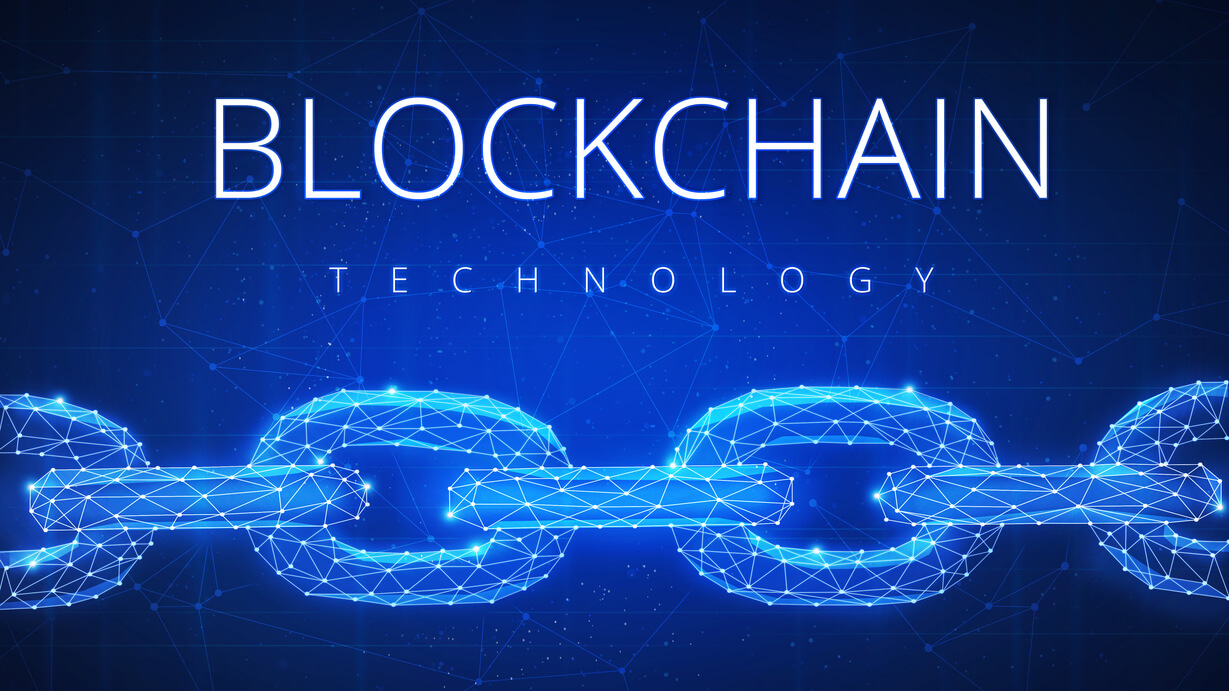 It is important that you understand what a blockchain is since Bitcoin and Ethereum are powered by this technology. So what is a blockchain? A blockchain is basically a big peer to peer network that basically stores information. It is public and secure because a lot of different computers participate in running this network.

Read Also: When Will China Launch its Blockchain Service Network?

A blockchain basically allows you to do things that other traditional stores of data and networks couldn't do in the past, like model digital currency. So how is that? Why is that the case? Well, on this network, there's a whole bunch of computers. Each one of these computers is called a node, and each node basically holds a copy of all the data on the network and that data will basically contain all the transaction information on the network. All that transaction information allows you to fundamentally calculate the current balance on the network.

So it'll always know how much currency you have in your wallet. And that's what allows it to model money because it's public. It is pretty much anyone can participate in running this network. And it's unlike any other financial system or any technology that has come before it.

Related: Things You Should Know About Zero Knowledge Proofs

That said, in what ways are Bitcoin vs. Ethereum similar? How are they different? These questions will be clarified in the following section.

Bitcoin and Ethereum share a lot of similarities other than being powered by the Distributed Ledger Technology (DLT) called a blockchain.

While both Ethereum vs. Bitcoin are powered by blockchain, the two projects are vastly different. And yes, they are not competitors.

For example, Exxon Mobile is not the same as Netflix and they don’t compete just because they're both are companies. Companies come in all sorts of different shapes and sizes and they target different audiences and they operate in different markets. Think about this, A‌i‌r‌b‌n‌b‌ is going after the hotel market while Uber is disrupting taxis and Amazon is going after retail. The same is true when it comes to Bitcoin vs. Ethereum.

Bitcoin is disrupting money. The property of Bitcoin, such as its limited supply, supply and demand economics, massive decentralization, censorship resistance. All of these things make Bitcoin the absolute king of payment systems and other forms of money that exist on the planet today, such as fiat currencies like the U.S. dollar or the Australian dollar, precious metals like gold and silver or even other payment based cryptocurrencies like Litecoin, Dash or Ripple.

How is Ethereum Different?

So if Bitcoin is disrupting payments, then, what makes Ethereum different? At its simplest form, Ethereum disrupting legal contracts the things that we use today to bind people, organizations courts and even government-based institutions together.

This is because Ethereum was built with a different set of properties, most notably that it's a programmable blockchain. And what that essentially means is that you or I can actually write these smart contracts and build stuff on top of Ethereum. Literally anything from putting your last will and testament onto Ethereum to a building a decentralized Twitter or even collecting these cute and rare little digital cats called cryptokitties.

Ethereum program ability combined with its massive community and talented developers in being first to the smart contracts market makes Ethereum the king of “programmable blockchains” such as Neo and iOS and Tron and Cardona. There's a ton of them. It's this difference in properties that set Bitcoin vs. Ethereum apart.

So, between Ethereum vs. Bitcoin, which is a better investment in 2021?

Bitcoin vs. Ethereum – Which is a better investment in 2021? 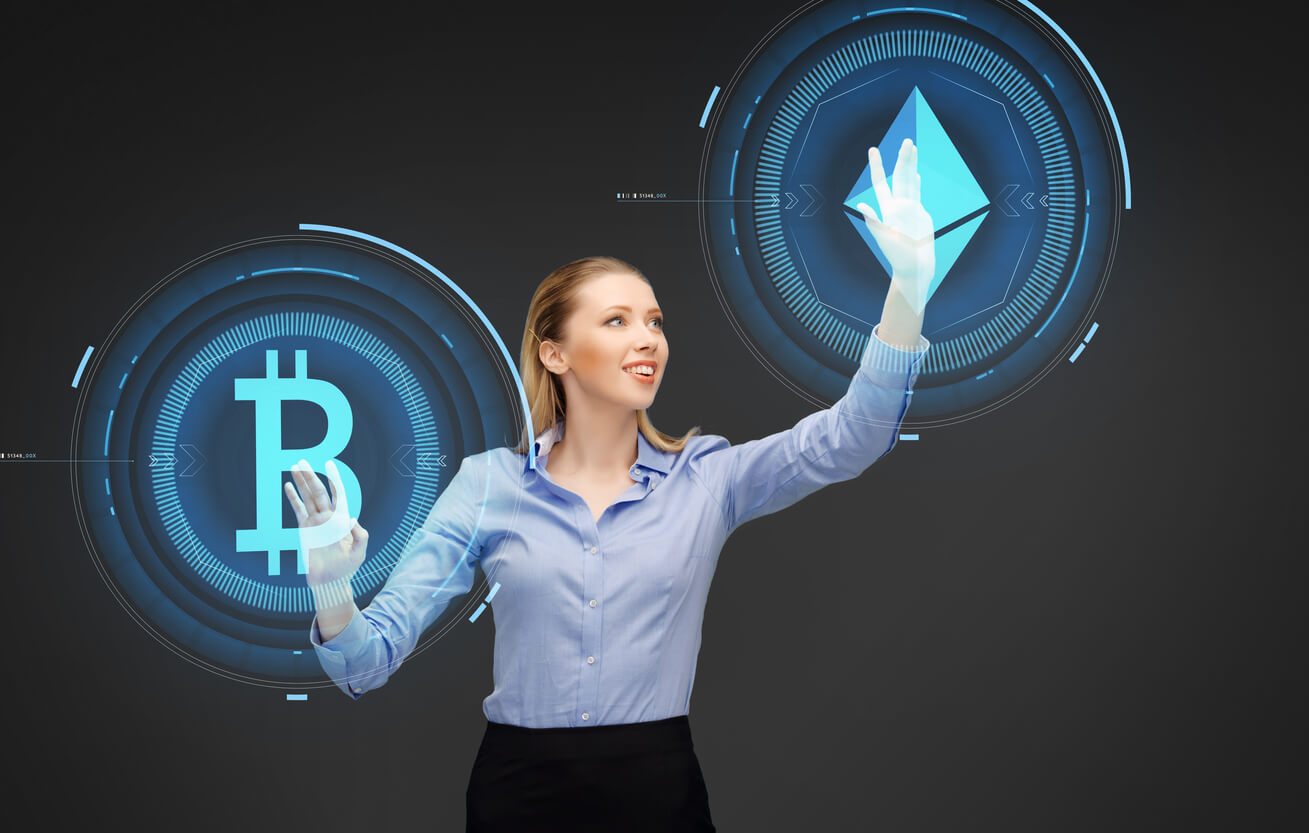 Bitcoin vs Ethereum are both extremely important and valuable projects. We believe they will both continue to dominate their respective markets and they will both win big in the long term.

So whether or not you are a serious crypto investor or trader, you won’t go wrong if you invest in Bitcoin or Ethereum. Both of them bring immense value to the crypto community.

So the question shouldn’t be, which I should invest in, but rather how much should I invest in buying either ETH or BTC or both. This is very important because at the end of the day, we'll have a budget and you got to figure out how you're going to divvy it up amongst your investments.

And in my humble opinion, the answer to this question all boils down to your personal risk tolerance.

Ethereum vs. Bitcoin – Which is riskier to invest in?

Personally, I believe Bitcoin is a safer bet because of its simplicity. Unlike Ethereum, you can't build things on top of it. And while that initially feels like a limitation, I've actually come to realize that it's one of the key features of Bitcoin, because it is so simple and limited in scope and that it's just trying to solve payments.

What is more, Bitcoin has a much smaller attack surface than Ethereum does. In other words, it's less susceptible to bugs and attacks and hacks or other black swan events that could wipe out the network overnight. And while Bitcoin has been in the market for 10 plus years and its battle-tested, Ethereum, on the other hand, has only been in the market for about 4 years.

Ethereum is not as battle-tested and there are a lot more moving parts. And because you can build things on top of it, it's slower it's getting clogged up a lot faster. At the end of the day, the surface area of attack is just so much larger it's more susceptible to bugs and attacks and those other black swan events.

Ethereum also has a long way to go in terms of solving its scalability issues and there's gonna be a lot of growing pains along the way as it becomes this global world computer. And because of that, there's a lot more risk baked into Ethereum. Nevertheless, I believe that the potential upside on Ethereum is a lot higher because the possibilities of what you can build on top of it are theoretically endless.

Related: How to Manage Risk in Volatile Markets

Ethereum vs. Bitcoin - Take away 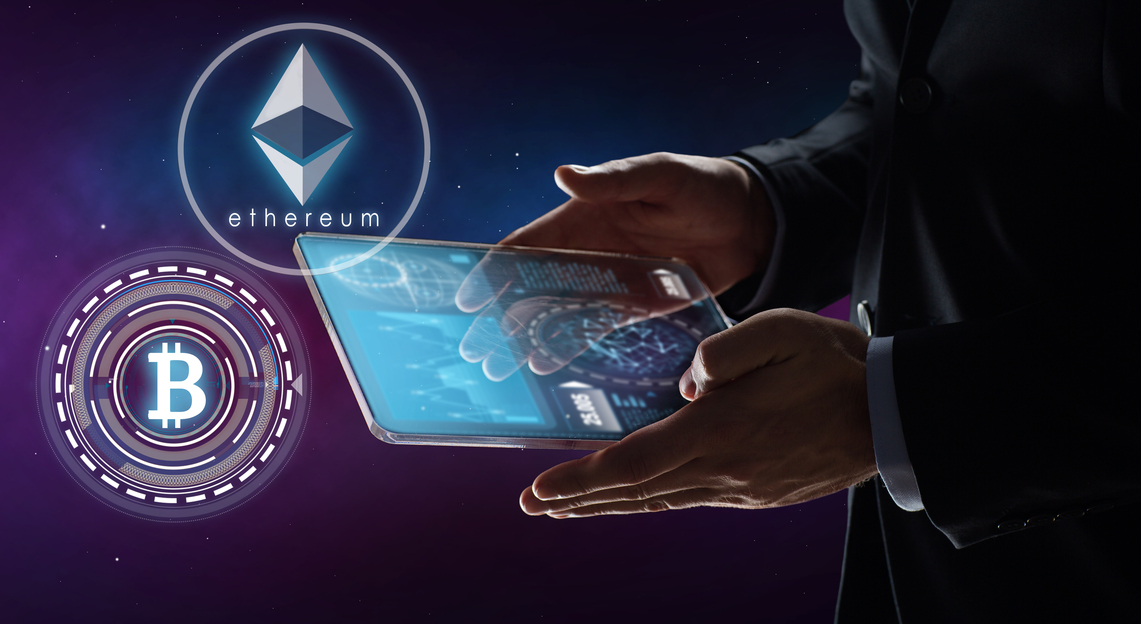 In conclusion, there are lots of things to learn about Bitcoin vs. Ethereum. While they are usually considered as the two most important cryptocurrencies, the truth is rather different. So, before investing in these projects, it is vital to take those fundamental differences we have mentioned into consideration.

While Ethereum vs. Bitcoin are just two of the most prominent projects out there, there are actually more than 2,000 different projects and each one of them has its own unique specifications. Hence, the importance of doing thorough and in-depth research in order to make an educated decision before investing in cryptocurrencies in 2021.

So the question of the day, which coin are you buying or are you buying both? Which is your favorite?  And what is your price prediction for these coins in 2021? Let us know in the comment section down below.