Following the latest developments in the cryptomarket, investors and traders are left in uncertainty about SegWit2x Hard Fork. Meanwhile, the cancellation of the event also brings concerns about the future of Bitcoin. Today, we look into the Bitcoin vs. Bitcoin Cash analysis and analyze the possible future market movements.

AtoZForex – If you have been assuming that Bitcoin Cash has been out of the picture, no one can blame you – this cryptocurrency has been sitting silent before it has dropped to about $600. Yet, straight after the drop, Bitcoin Cash has surged to $2,600, while also dragging down Bitcoin.

What is the future? Bitcoin vs. Bitcoin Cash

However, Bitcoin got a new rally. Yesterday, the king of the top cryptocurrencies has hit above $8,200 for the first time ever. But let’s look at Bitcoin’s performance some time ago – on the November 12, the BTC has slipped to under $5,630. The reason being for this drop is the lack of consensus on the activation of SegWit2x hard fork. However, as you noticed, it did not take long for the cryptocurrency to hit the ceiling again.

Then original debate for the SegWit2x hard fork is based on the size of the block. The original size of the Bitcoin block is 1 MB, while the proposed size stands at 2 MB. The creator of cryptocurrency, Satoshi Nakamoto, has intended the size of the block to make the digital currency more secure. Taking into the consideration the supply limit of 21 million Bitcoins, Satoshi probably did not think crypto will have such a success these days.

However, as the modern society definitely favors cryptocurrency, it faces a challenge in terms of the original design of the phenomenon. The lack of Bitcoin’s capacity has caused the transactions to take longer and the fees to be higher. In fact, the high fees and low transaction speed is what completely contradicts the initial promise of the Bitcoin creators.

That is where SegWit2x has entered the picture – the upgrade on the Bitcoin blockchain has been aiming to solve these challenges. It intended to increase the amount of the transaction data to two megabytes, as we mentioned above.

Yet, once the fork has been called off, some of the investors pulled the funds out of Bitcoin and moved into the Bitcoin Cash. The latter has been created as a result of a hard fork in August.

Bitcoin Cash has posted its all-time high over $2,500 at the time the original Bitcoin has dropped on November 12. Given the fact that the scaling limitations of Bitcoin are still present and the growing interest in Bitcoin Cash, many started growing concerns about the future of Bitcoin.

DNX Community CEO Conradie Graeme believes that the cancellation of the SegWit2x hard fork is definitely a setback for Bitcoin:

“Everyone is focused on scalability issues, but I believe there’s a bigger vulnerability issue about Bitcoin Think about it, as it stands, if you can afford to pay more in transaction fee, you can have your transactions confirmed quickly and there is no limit to the amount of Bitcoin you can buy or sell.

And in reality, it’s only the big money investors/traders who can afford to pay more in transaction fees. So in theory, big money can pump and dump Bitcoin using the unfair advantage of being able to get their transactions confirmed quickly by paying more. They can dump before anyone else to take profits. This could mean that Bitcoin will remain highly volatile and high volatility could hinder it from ever becoming huge in the digital payment space.”

Another industry expert, Maksim Balashevich, CEO and Founder of Santiment, suggests that Bitcoin will face a drop in value. He believes that the value of Bitcoin will eventually be distributed among other cryptocurrencies. He stated:

“The Bitcoin Core (and Blockstream) should feel the real pressure and pain for what they’ve been denying for too long time. Once this pain is obvious and on all discussion boards, we might find the way for relief.” 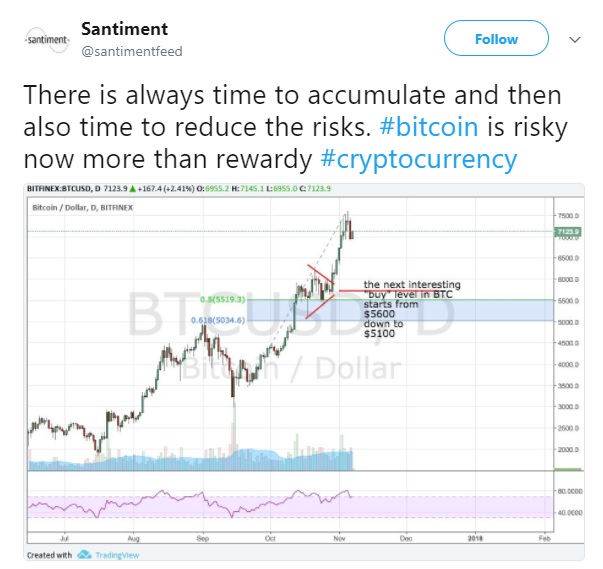 Bitcoin vs. Bitcoin Cash: Can they coexist?

The CEO and co-founder of CapLinked, Eric Jackson, believes that Bitcoin’s support from institutions and widespread adoption will guarantee its existence. He has commented:

“I also believe that it is possible for Bitcoin Cash to coexist with Bitcoin. Bitcoin’s appreciation over the past half-decade has turned it into a store of value more comparable to gold than a currency. The very notion that Wall Street is developing derivatives of Bitcoin also suggests that it is on its way to becoming the world’s first digital commodity.

Bitcoin has smaller block sizes and higher transaction fees compared to , making mechanically better suited as a payment option than Bitcoin. Thus, assuming the rise of is in part due to the need for a more flexible digital payment mechanism, I think there is room in the world for both.”

Mr. Jackson states that the recent price rally of Bitcoin has confirmed his theory.

What are your thoughts on Bitcoin vs. Bitcoin Cash? Do you think that Bitcoin and Bitcoin Cash can coexist? Let us know in the comments section below.