Bitcoin price surpassed the $44,000 level and approached the $48,000 mark in a few hours this Friday. Will the uptrend continue?

Digital gold is currently trading at around $47,372. 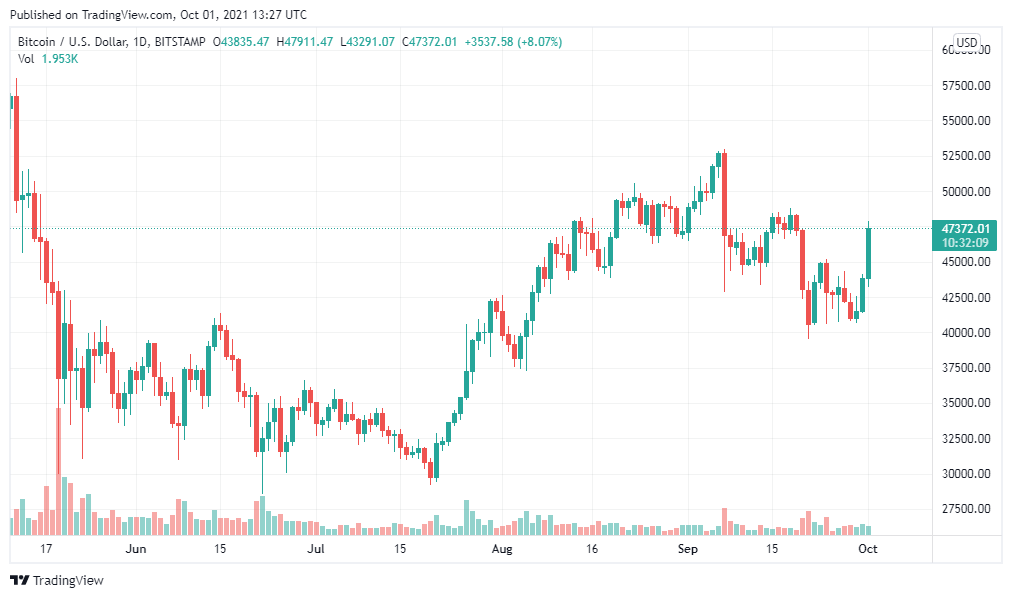 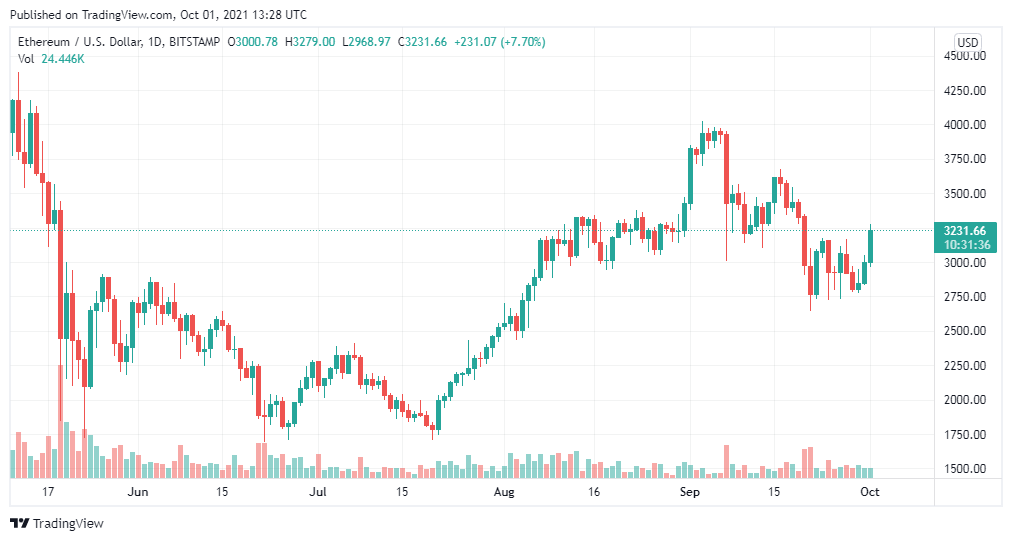 Bitcoin is growing despite the weakness of the stock market, with which it correlated in the previous stage. For example, S&P 500 futures are down half a percent, suggesting a lower market opening compared to yesterday's close. The dollar index is holding close to annual highs of 94.50.

Will the uptrend continue?

Popular crypto analyst Michael van de Poppe greeted the growth of the first cryptocurrency with the phrase: "Goodbye bears." He also pointed to the transition of altcoins to the green zone.

However, trader and analyst under the nickname Rekt Capital did not rule out that Bitcoin is still waiting for a rollback.

And then it will resume its uptrend$BTC #BTC #Bitcoin

Earlier, the President of El Salvador Nayib Bukele announced the start of mining the first cryptocurrency based on geothermal volcanic energy.

Read also: El Salvador Will Distribute $30 in Bitcoin to Each Adult Citizen

Prior to that, the head of the US Securities and Exchange Commission (SEC), Gary Gensler, confirmed that the regulator would approve Bitcoin ETFs , which would be based on futures traded on CME and comply with the Investment Company Act of 1940.

On September 30, US House Speaker Nancy Pelosi postponed a vote on a $1 trillion infrastructure plan to raise $28 billion in additional funding in taxes from digital asset transactions.

On October 1, Rep. Madison Cowthorne on Twitter asked why we are not using cryptocurrency as the new gold standard.

Why do we not use cryptocurrency as the new gold standard?