Bitcoin is up more than 40% this month amid expectations for the first regulated Bitcoin exchange-traded fund (ETF) saw solid uptake in the US. Where will Bitcoin go next?

Representatives of ProShares today had the opportunity to ring the bell that opens the trading day on the New York Stock Exchange. This marked the start of trading in the first regulated Bitcoin futures ETF in the United States. 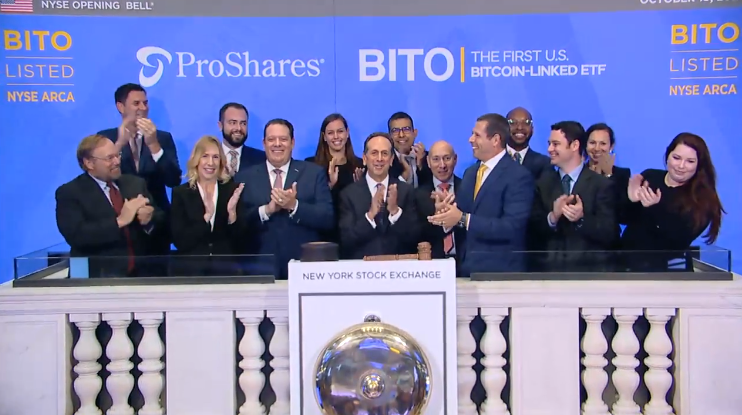 As noted by Bloomberg Intelligence analyst Eric Balchunas, bitcoin ETF attracted impressive activity from the start of trading. In the first 20 minutes, the turnover amounted to $280 million, which already allows him to enter the top 15 of all ETFs in terms of indicators for the first day.

“He may well gain $1 billion and become a leader. Note that ETFs are often pre-loaded with volumes, so the numbers on the second, third and fourth days will be almost more important,” adds Balčunas.

Together with today's events, the bitcoin price reached a new six-month high above $63,000. ETF jumped 5% from the start of trading, after which it dropped along with Bitcoin. 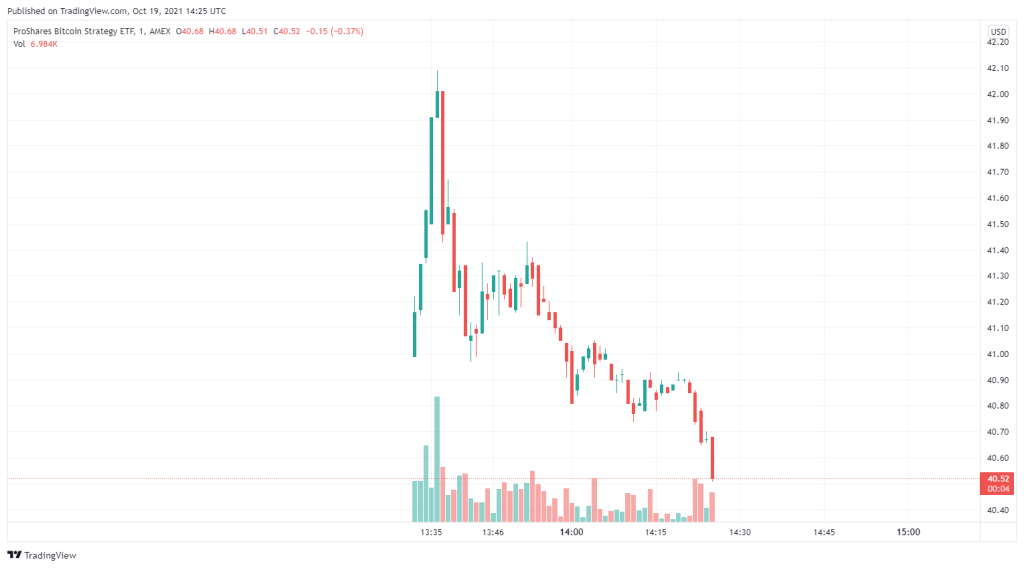 Where is Bitcoin price heading?

Following the surge above $63k, market participants are interested in where bitcoin will go next, but there is no consensus among analysts on this matter.

Bitcoin climbed 2,000% in 2017 ahead of the launch of the first regulated Bitcoin futures on the Chicago Mercantile Exchange. On the same day, the cryptocurrency peaked and went into a bearish trend for a year. A similar situation occurred this year, when Bitcoin peaked at $ 64,801 at the same time Coinbase was listed on the stock market in April, after which it fell in price by half.

At the same time, the outflow of bitcoins from exchanges actually stopped, which distinguishes the current stage from what was observed during the rise from $10,000 to $65,000. 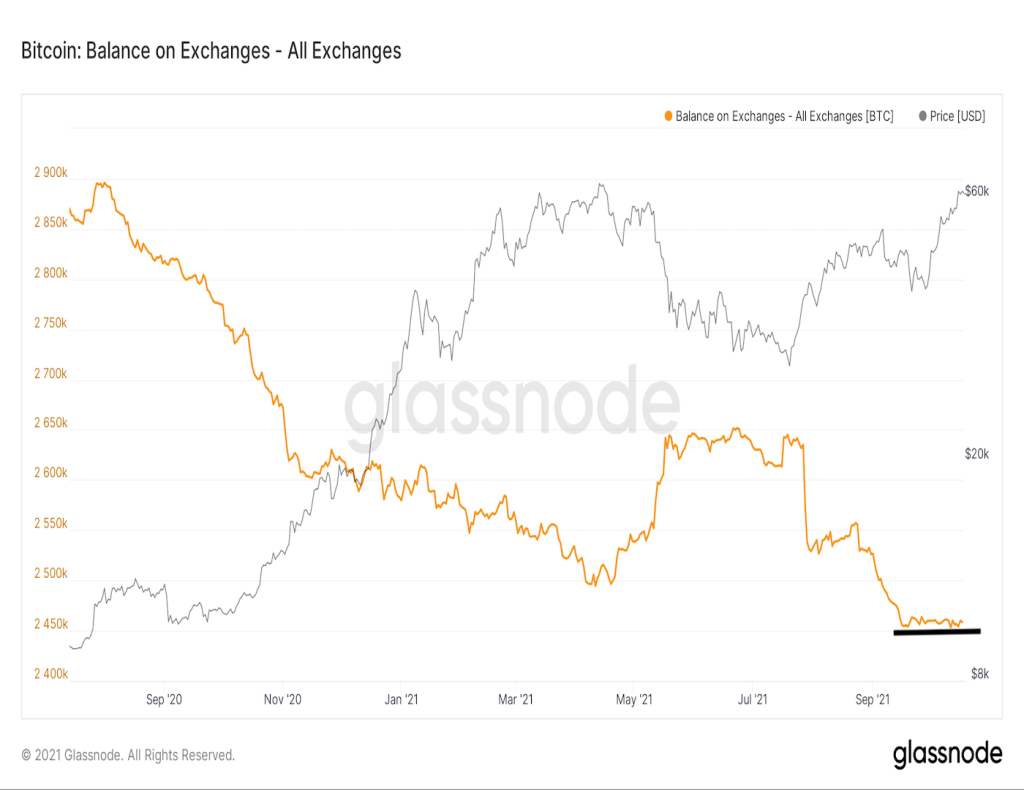 “These dynamics are in line with expectations that the ETF launch will be a selling-provoking event,” wrote Trade The Chain analyst Nick Mancini. - Cryptocurrency on exchanges is kept in order to be able to take advantage of liquidity.

Some also point out that Bitcoin's behavior will depend on the demand for the ETF itself.

“Disappointment with the listing of the Bitcoin Futures ETF could trigger a correction. After key events such as the launch of BTC futures in December 2017 and the listing of Coinbase on the Nasdaq in April 2021, the market has declined sharply, '' said Noel Acheson, head of market research for Genesis Global Trading. - However, if there are sales, they are unlikely to be as deep or as long as in the previous examples, given the current stage of the market cycle. In both cases, the market was already overheated and showing signs of exhaustion. Now there is nothing like that."

At the same time, the option market retains a higher overpayment for bull contracts relative to bear contracts with all expiration dates: monthly, three-month, and six-month.

"The highest demand is for options contracts with strikes above $100,000. Open interest in call options overshadows put numbers, which is in line with the overall bullish sentiment," analysts at Glassnode wrote in the latest report.

Forex and Cryptocurrencies Forecast for December 06 - 10, 2021
Broker of the month!