May 16, 2019 | AtoZ Markets – When Bitcoin surged in April and spiked 4,300 previous 2019 high, few would have expected the strength of the current bullish run. A rally to 6,000-6,800 was generally expected at this time. However, Bitcoin exceeded expectations as it continued a bullish run throughout April while the altcoins dropped most of their early April gains. In May, BTC continued where it stopped in April with a big upsurge into the $7,500 to 8,500 zone hitting its highest price since July 2018 in the process.

This week, the altcoins joined Bitcoin with upsurges across the board. On Wednesday, there were broad advances with the exception of Bitcoin. BTC market dominance has now dropped from 59% to 56.6%. Bitcoin Cash, Ethereum and Litecoin have surged higher than Bitcoin since the December lows.

One thing that should be noted is Bitcoin involvement in big moves. Once Bitcoin surges and consolidates, the altcoins often follow. Two digit rallies are seen among the top altcoins since Wednesday while Bitcoin price lost the momentum to exceed the 8,400 top. It’s quite possible that the current dip will continue to $6,500 before the next round of rallies pushes BTC toward the $10,000 mark.

From the perspective of Elliott wave theory, the rally from 3100 low is developing into an impulse wave. Impulse waves are made up of five non-overlapping waves. In the last update, we expected the 3rd wave to end and a 4th wave dip to follow. The chart below was used. 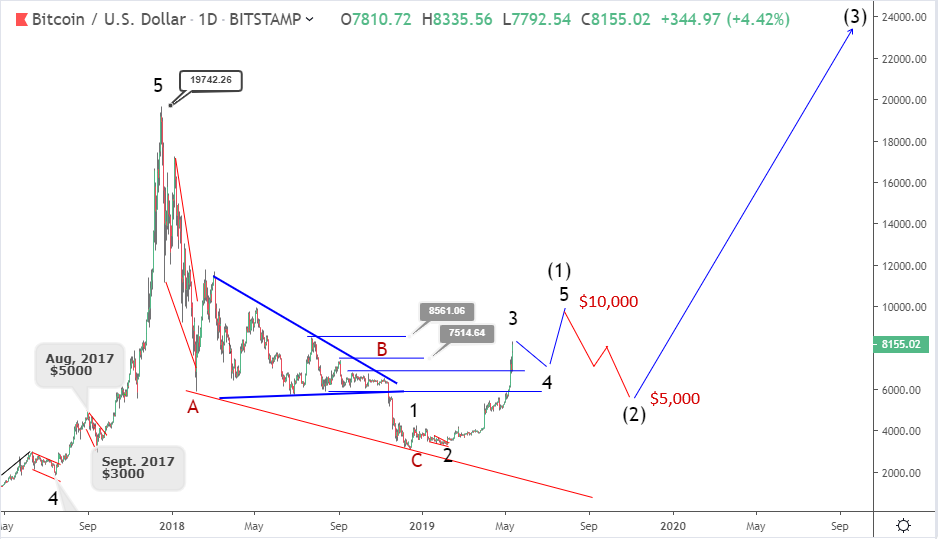 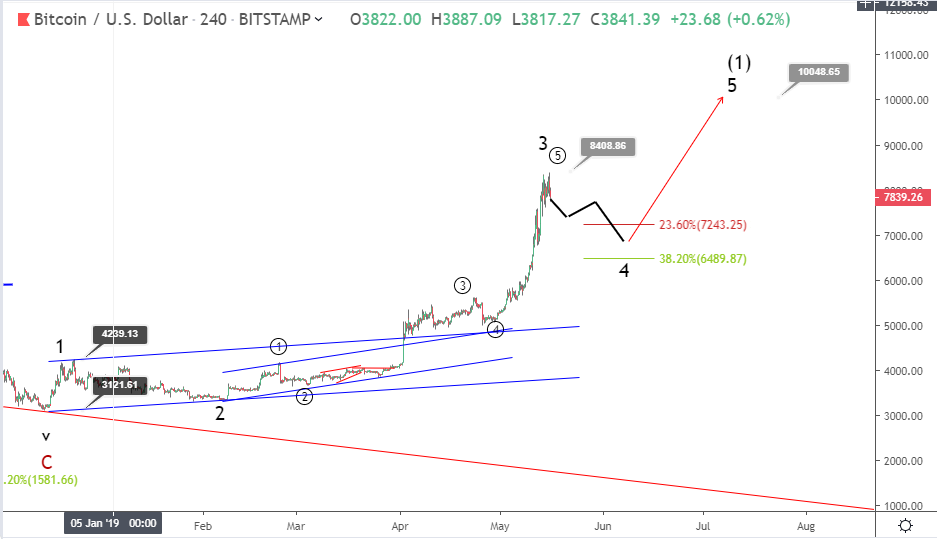