Bitcoin is down by 20% this week and is now close to recording its biggest weekly loss in 2019. Is it time to buy? What should traders look for?

September 27, 2019 | AtoZ Markets – Bitcoin is about to make its biggest loss in a week since the 2019 bearish correction from $13,900 started. The premier cryptocurrency tested the support neckline of a descending triangle on Monday before it finally broke below it on Tuesday. On Friday, BTCUSD touched below $8,000 on all the major exchanges. Currently (at the time of writing), it’s priced at $8,000. If by next Sunday, BTC has not surged above $8,500, it will be the biggest loss in a single week ytd. Prior to the current dip, the biggest Sunday-to-Saturday weekly loss happened between January 6 and 12 at -13%.

Meanwhile, despite the current dip, the bullish trend is generally expected to continue. The current bearish correction might extend till next week to start the last quarter of the year but the next bullish phase is expected to be stronger than the one seen in the first half of 2019. A big surge that should break above the $19,800 all-time high will most likely happen.

The most significant levels are the support levels below the current level, where we will be expecting a big bounce.

Resistance Levels: The major resistance level is the 9,100-9,500 support-turned-resistance zone. 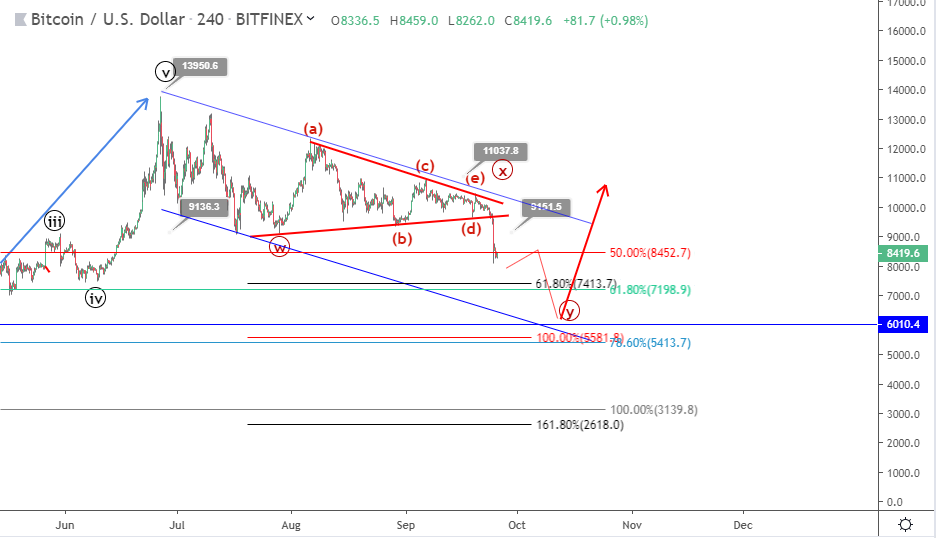 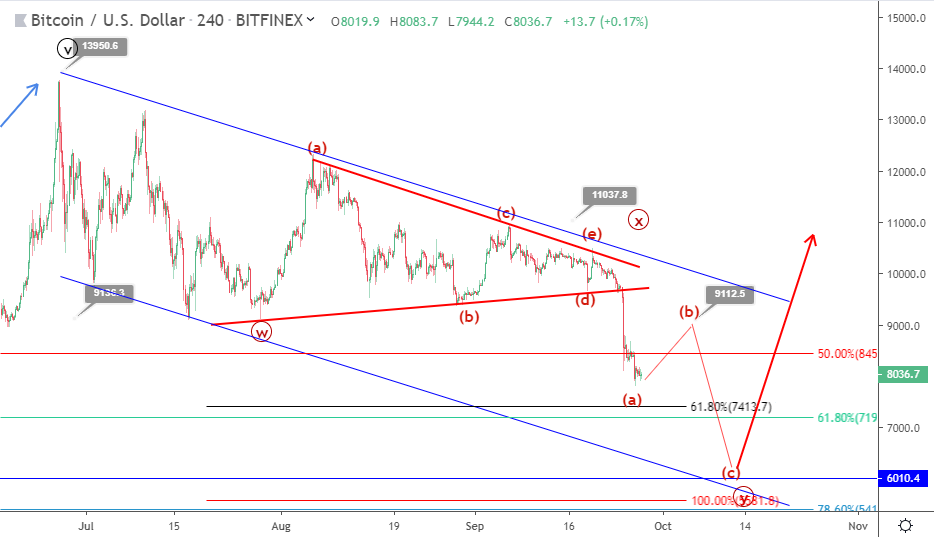 Wave Y (circled) is expected to be a zigzag pattern to complete the larger double zigzag structure. A minor bounce to retest $9,100 might happen (wave (b) of Y) before dropping further. The second reversal zone, therefore, looks more likely.