Bitcoin is currently range-bound. The following Bitcoin price prediction looks at what could happen next from the perspective of technical analysis.

July 26, 2019 | AtoZ Markets – Bitcoin and the altcoins are currently range-bound. Since dropping to a new July low last week, they have gone almost nowhere. Bitcoin pushed from $9,100 last week to $11,000 and ran out of gas. It then dropped to $9,500 after spending almost a day oscillating around the $10,000 mark. The market sure needs a trigger to determine its next direction – whether to continue the bearish correction or resume the bullish trend.

Bitcoin does have lower bearish targets level to act as support if it drops further. $8,500 and $7,200 have been suggested in previous updates. Ideally, the current correction ending at $9,100 will perhaps be too shallow. That’s not a big reason anyways as Bitcoin is known for shallow corrections especially when in a strong bullish trend. The current dip is the biggest so far this year and the ultimate bearish correction that we have so much expected after such a fantastic move in the first half of the year. The Bitcoin bulls are still upbeat about the full recovery of the premier digital asset.

Meanwhile, the total capitalization of all the digital assets in circulation has dropped to $272 billion after losing over $6 billion in the last 24 hours according to Coinmanketcap. Total trading volume is down to $50 billion. Bitcoin’s market share which was at 66% at the start of the month has dropped to 64.4% at the time of writing this report. Currently, Bitcoin trades at $9,850 after shedding about 2% in the last 24 hours.

A double zigzag corrective pattern completed at $9,100. However, the corresponding rally has not been sustained yet. In the last update, we used the chart below to show how the price could advance if a break above $11,100 happens. 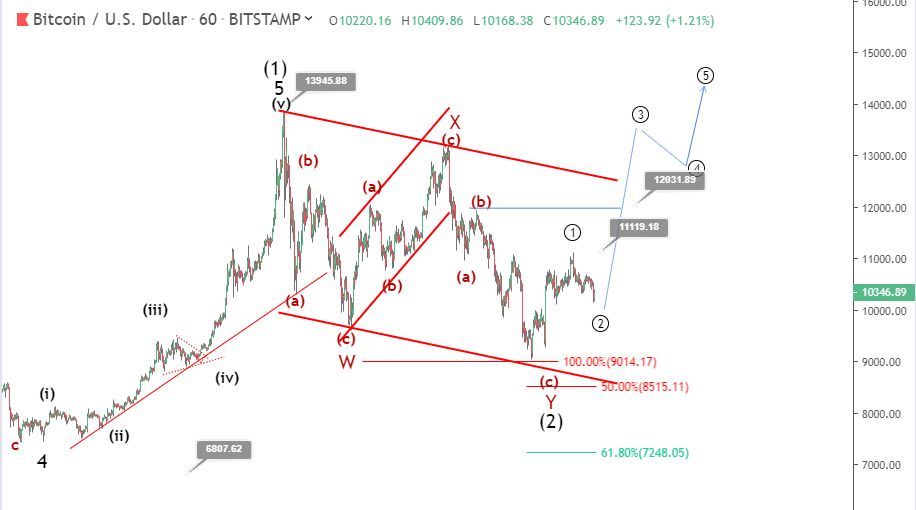 Minor wave 2 (circled) has now gone deeper to $9,550. The scenario above is therefore still valid as the new chart below shows. 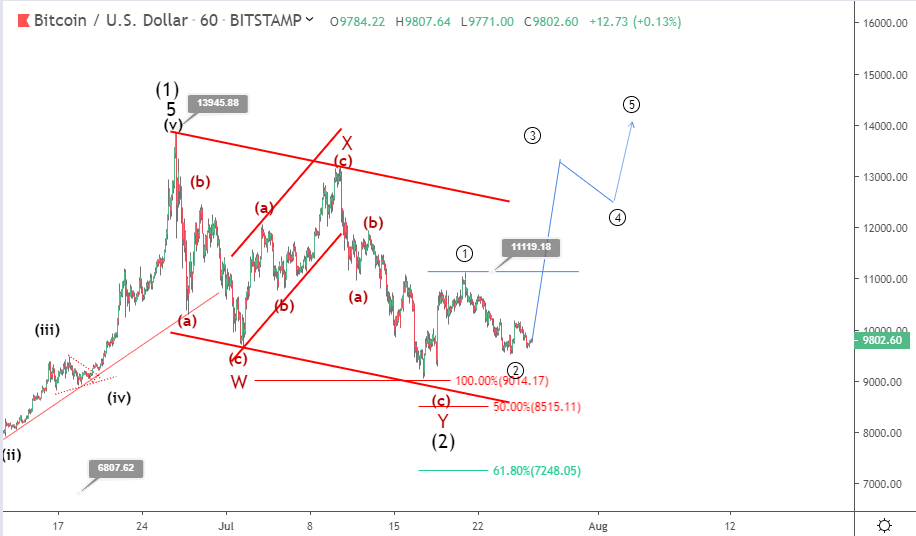