The Bitcoin price advanced above $12,000 on Tuesday before a minor dip. What could happen next? The following share technical insights based on the Elliott wave theory.

August 06, 2019 | AtoZ Markets – Bitcoin broke above the $11,100 intraday top to resume the 2019 bullish trend after a bearish July. While the price is still some way from the $13,900 year high, the bulls will be less anxious with the current price development. One more bullish spike and we have the bullish trend everywhere all again. The flagship cryptocurrency currently exchanges for $11,700 after it hit $12,350 earlier today. Despite the current surge, the price has not left the bearish territory yet. A fast dip below $10,000 could lead to the extension of the bearish correction from $13,900.

Bitcoin continues to gain more of the total market share. The aggregate of the Altcoins has been lagging behind the premier digital asset since the turn of the year. Currently, BTC has 68.2% of the entire market share from yesterday’s 67.7%. Generally, the market has increased by $45 billion in the last one week which shows a good sign of recovery from the bearish correction that started late June.

At this point, the market is in a kind of crossroad between the bulls and the bears. While our preferred Elliott wave forecast supports that Bitcoin advances further, another eye is on the alternative scenario which is becoming more probable as the price slows down. In the last update, we expected a bullish impulse wave breakout to $13,000 after the price broke above $11,100. 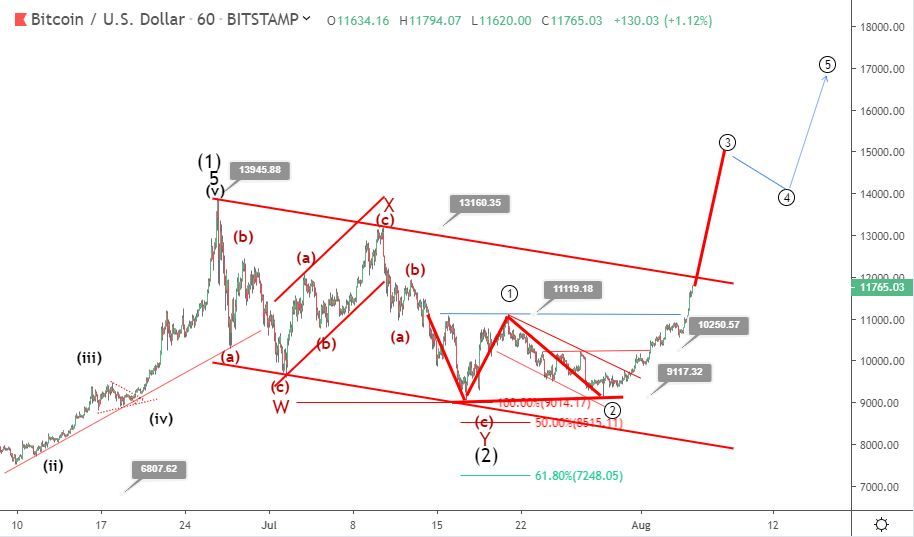 Since this update, the price hit a bit above the top of the channel and quickly dropped below it as the new chart below shows. 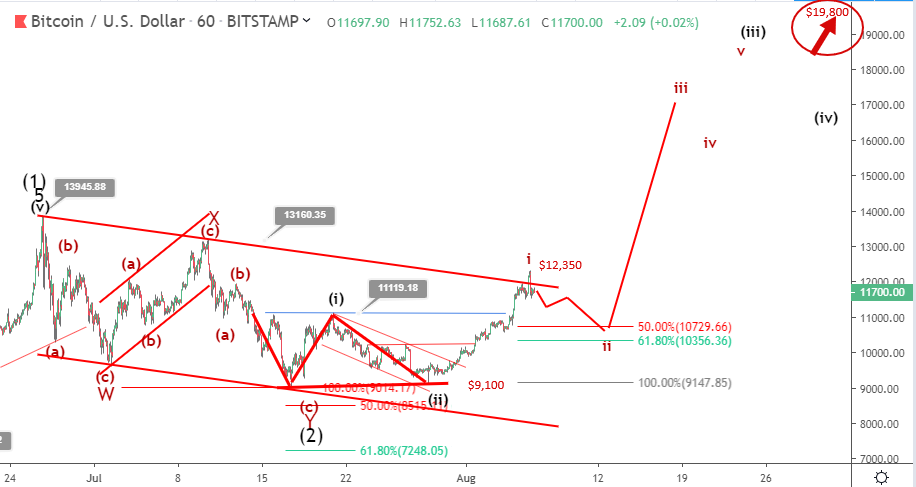 Alternatively, if a big non-corrective fast dip happens below $10,000, then we will have to assume the rally from $9,100 to $12,350 is corrective and a part of a larger bearish correction to possibly $7,200 target level.