Bitcoin has gained nearly 20% this week after failing to drop below $3000. Has it bottomed yet?

December 19, 2018 | AtoZ Markets - Bitcoin and the entire Cryptocurrency market is having a bullish run this week. Most Cryptocurrencies have gained between 20 and 35% this week from their respective fresh 2018 lows. Anytime there is a rally like this, the question often asked by many is: ''have prices bottomed, will there be a recovery from here?''. It's probably the most anticipated thing especially among Crypto Hodlers. But looking at it closely from technical perspective, has price really bottomed? Is the current rally the start of a real recovery?

Bitcoin experienced bullish and bearish trends in the past, more than twice. After a bullish run, the price often drops by 80-90% before another wave of bullish run, which would go far higher than the previous high, returns. This year is one of the worst bearish moves yet as price dropped nearly 85% of its market value since it peaked at 19800 in December 2017. Based on BTC historical behavior, the current bearish trend was expected to end at $1000-$3000 zone. A dip below will lead to a much bigger crash to $175. Meanwhile, the price has returned upside without dipping into the $1000-3000 bearish target zone. What next? 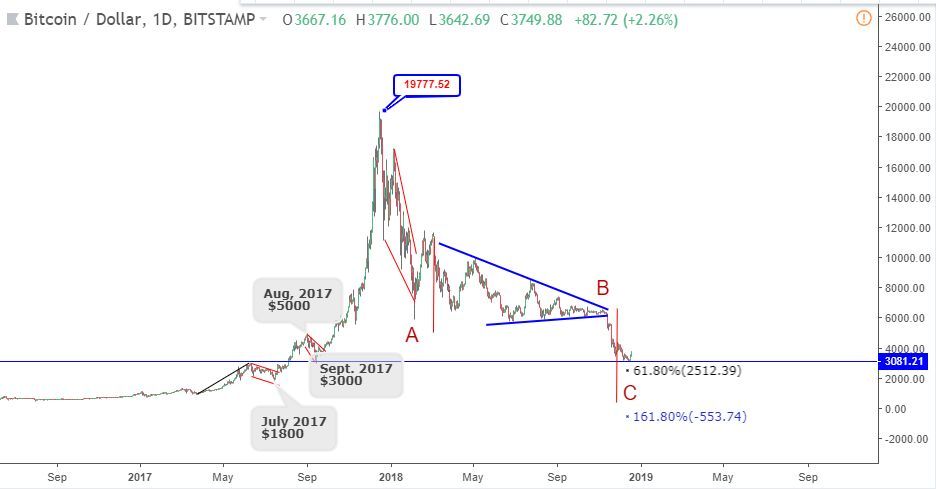 After the triangle breakout in November, it appears the price would drop to the July-September 2017 $1800-$3000 zone. From the all-time-high, we can count a zigzag corrective pattern. The C-leg which was confirmed after the triangle breakout, is expected to complete an impulse wave or an ending diagonal. The chart below shows the sub-wave of wave C and how the price should react upside to confirm the bottom has already been reached. 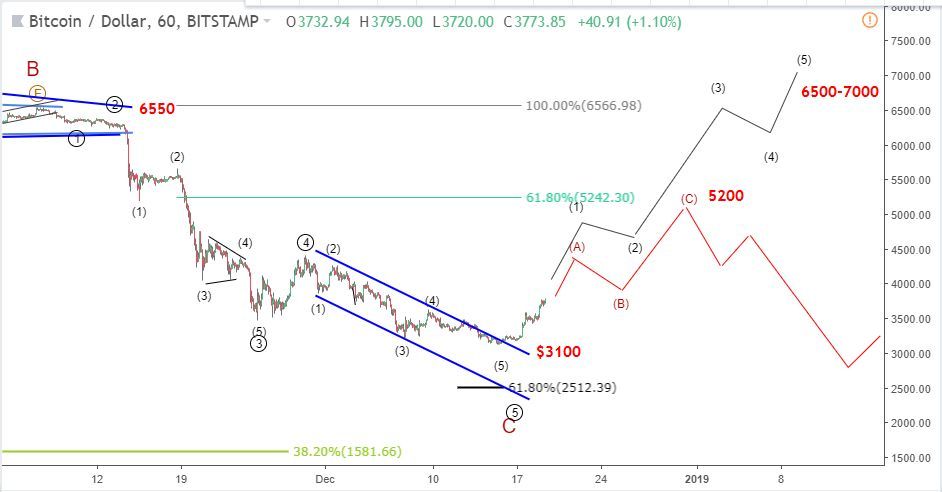