Bitcoin is gaining back traction toward $5,300. With the cryptocurrency hit $6,000 soon?

April 19, 2019. AtoZ Markets – The crypto market April resurgence is being followed by price dips. Bitcoin has been among the best performers in April but has retreated just like others. The early upsurge in April led to Bitcoin’s 32% gain breaking away from 4000 and now above 5000. It’s just normal to think if prices above 5000 do no resist, 6000 is the next in line. Bitcoin is currently retreating from the 5500 top that was hit a week ago. From 5500, the price dropped to 4900 a day after.

What is the next bullish target?

Bitcoin is recovering from last week dip of 11%. It currently exchanges for prices above 5200 making just 4% net dip since it peaked early in the month. Looking back in time, there have been similar bounces since the 2018 bearish trend started. Whether the current bullish run is another price bounce or price is on its way to total recovery remains to be seen. What is very much clear now is the resistance zone between 5800 and 6000. Price is getting closer to this zone. It will be interesting to know how it reacts there. The immediate bullish target is therefore pegged at $6,000 from a technical perspective. 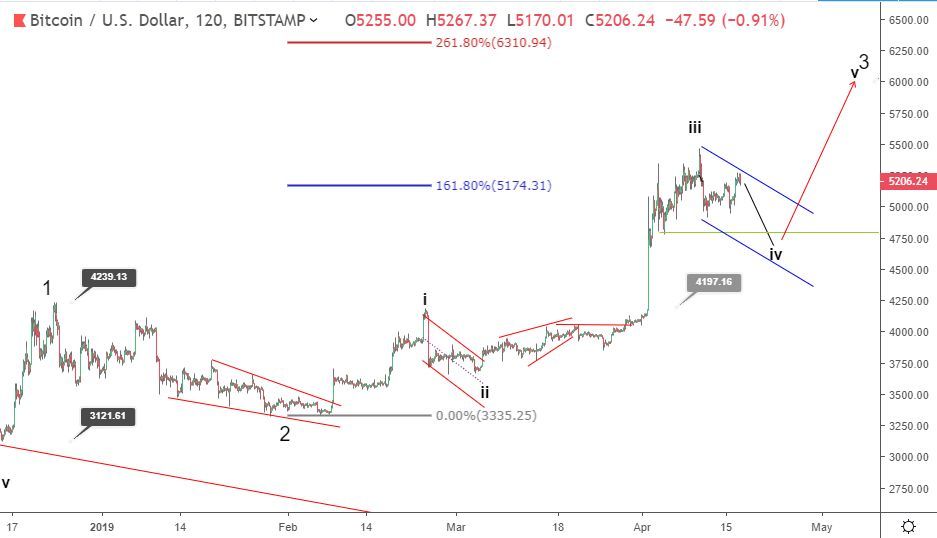 We expected the 4th sub-wave of wave 3 at 4700. The 4th wave could complete a zigzag which means one more dip to 4700-4750 could happen. Not much has happened since the last update. The price stays quiet around 5200 as the chart below shows. 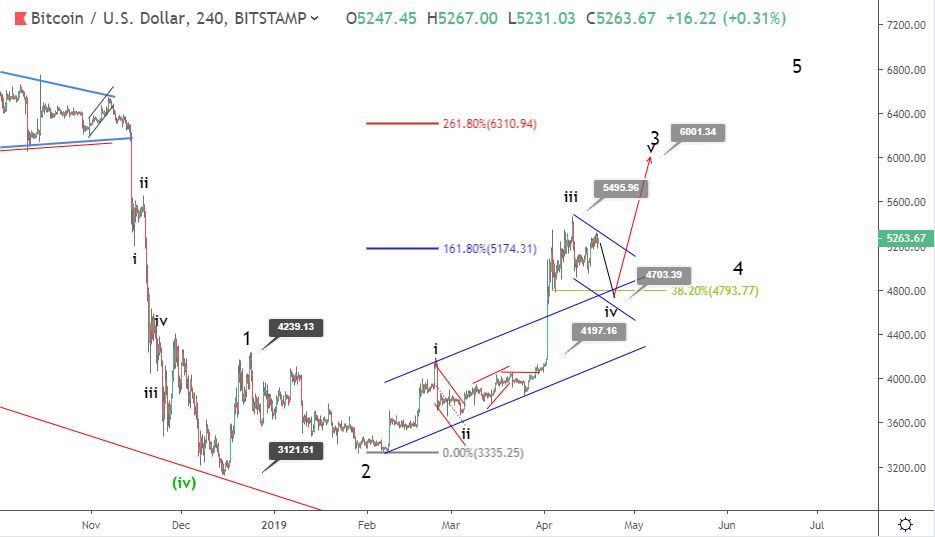 Wave iv of 3 might take one more leg downside. Meanwhile, the impulse wave from 3100 alternatively could still end at 6000. The wave analysis above expects the bullish impulse wave to extend above 6000. However, the price might be faced with strong resistance at that zone.