Bitcoin returned upwards on Monday supported at $7,750 and might be resisted at $8,500. The following Bitcoin price prediction is based on the Elliott wave theory.

October 07, 2019 | AtoZ Markets – Last week, Bitcoin dropped to its lowest price ($7,750) since May/June. In the last day of September, it recovered to $8,500. However, throughout last week, it almost hit the $7,750 low before the current resurgence above $8,000. The entire market has been bullish today with over $3 billion added to make the total market cap increased to $221 billion according to data on Coinmarketcap.

From a large perspective, it seems Bitcoin would slump deeper to $5,500-6,000 zone. However, a minor rally toward the $9,100-9,300 resistance zone was expected to happen. So far, the market has performed far below expectation. The minor rally was only as high as $8,500 although the current surge could push to the expected zone. Clearly, the slowness of the recovery is giving a sound signal that we might not see BTC above $9,000 this week.

Despite the bearish nature of the crypto market, last week didn’t go without a claim of Bitcoin shattering the current all-time high. AtoZ Markets reported that a German bank Bayerische Landesbank (Bayern LB) forecast that Bitcoin will rise to $90,000 after 2020 halving. In the report, the bank also claimed that Bitcoin is better than Gold.

Likening it to the yellow metal, the report submitted that after the May 2020 halving, the reward for Bitcoin will reduce and thereby cut down its mining profitability which will, in turn, reduce the amount of Bitcoin in circulation. With the scarcity, the price will skyrocket to $90,000.

If this would happen, it might be some time after the halving as was saw during the Litecoin halving in August. If Bitcoin price breaks away from the current bearish dip before the year ends, we should see it advance above the $19,800 all-time high before the 2020 halving. After the halving, it might take some months to hit that target depending on the market volatility at that time. 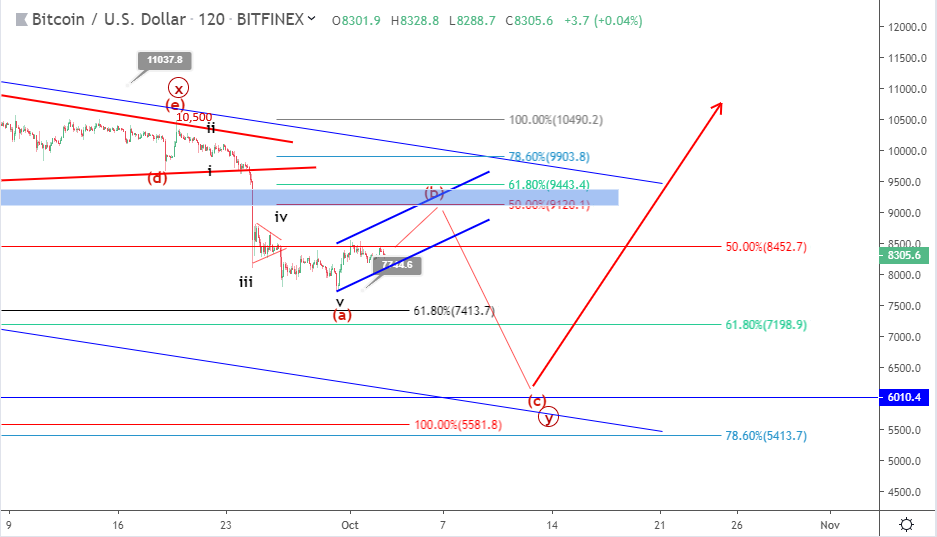 However, the price dropped close to the $7,750 low as the new chart below shows. 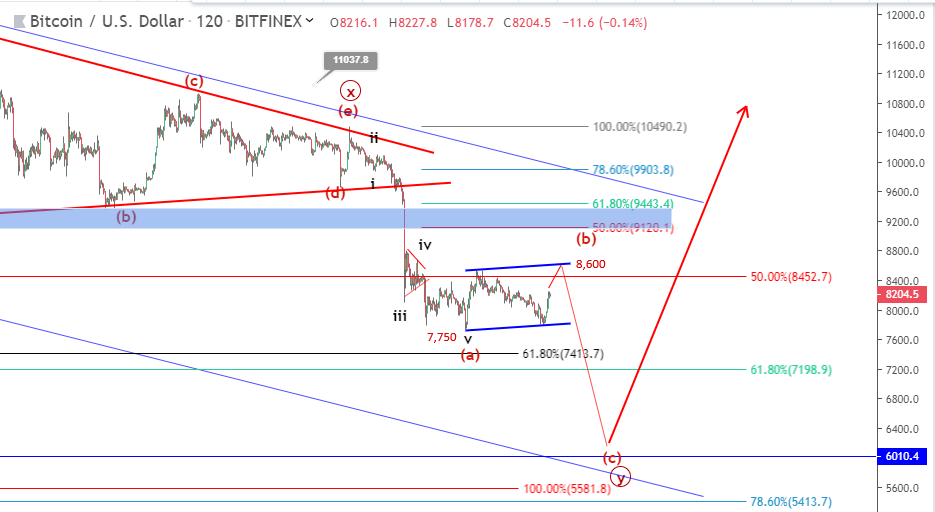 The current recovery might be limited at $8,600 before the bears pull further downside to $7,400 or lower to $5,500 before the long term bullish trend resumes.