Bitcoin has returned downside after it dropped $900. The following technical analysis is based on the Elliott wave theory.

The entire crypto market has lost $55 billion in the last two weeks. Altcoins have not performed any better as they have plummeted even faster than Bitcoin. Bitcoin still holds a market dominance of 69%.

The nearest resistance level stands at $9,500. A break below will set price toward the $9,100 support level. The ultimate bearish target zone remains at $7,200-7,500 which is a Fibonacci and diagonal confluence zone. The upside possibility is getting limited by the current dip. The nearest resistance zone is at $11,000-11,100 and must be breached upside for any chance of breaking above the $12,300 resistance level. With the price currently at $10,000 (at the time of writing), the near-term direction is bearish.

According to our Elliott wave forecast, Bitcoin short-term sentiment remains to the downside. After a very impressive performance in the first half of 2019, a bearish correction was expected to follow. The correction started at $13,900 and hit $9,100 where a double zigzag pattern completed. However, the dip was shallow and the bullish move that followed was corrective. A more complex zigzag wave (2) was therefore expected.

In the last update, we used the chart below to show the two most likely scenarios. The scenario in green was very much preferred. 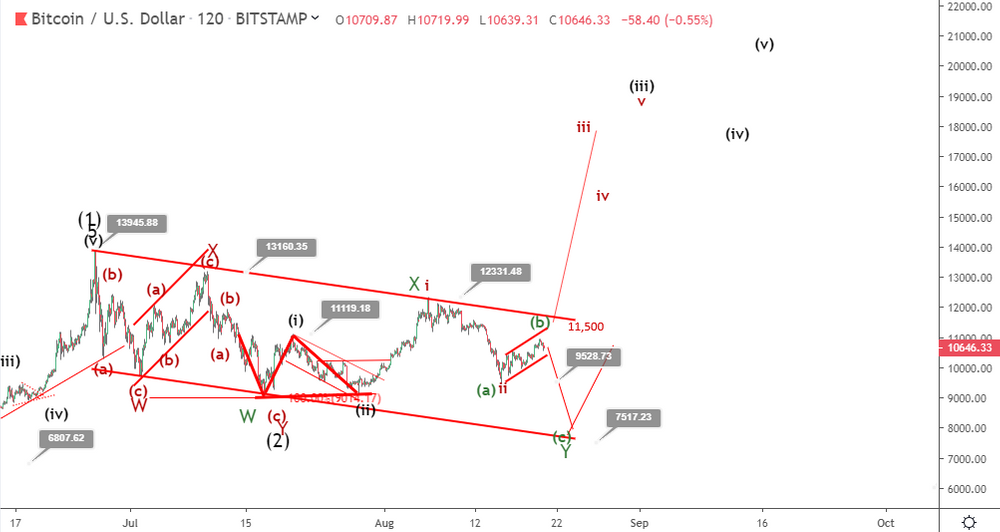 The second scenario is playing out perfectly – a more complex double zigzag pattern with a bearish target of $7,500-7,200.  The new chart below shows that the wave (b) in green, has completed with price breaking below the channel and heading to the $9,500 wave (b) support level. 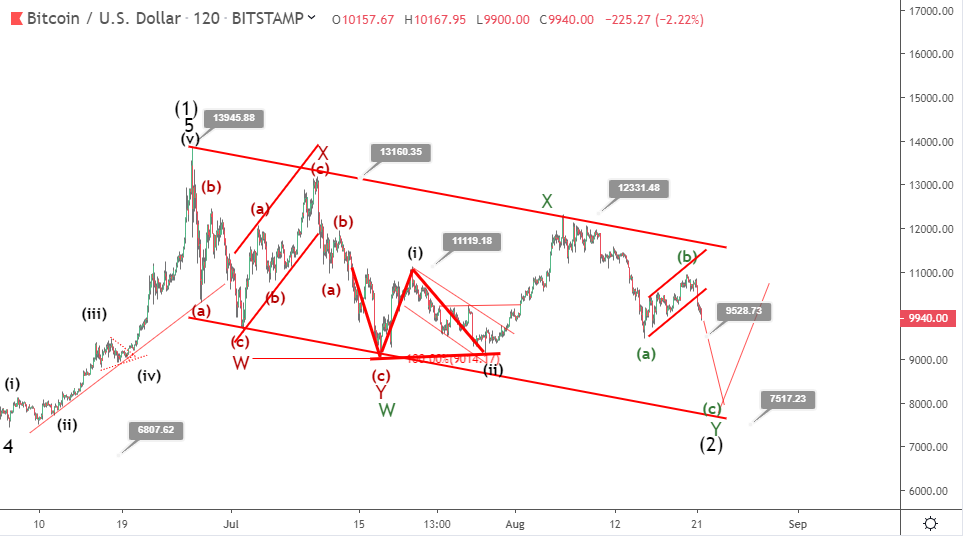 FCA Warns About Authorized Companies been cloned to Fraud Investors
Forex Crypto
Top 5 Forex Brokers
Top 5 Crypto Exchanges
Your subscription could not be saved. Please try again.
Thank you for subscribing. You will be the first to receive all the latest news, updates, and exclusive advice from the AtoZ Markets experts.
Everyone is reading
SEC Threatens Court with Far-Reaching Consequences If They Lose Ripple Lawsuit
Ripple Lawyers Object SEC’s Request to Extend Discovery Deadline
Why You Should Start Forex Trading With FXVC?
close ×