Bitcoin hit the $12,000 handle on Monday as the recovery from $9,700 gains momentum. The following technical insight is based on the Elliott wave theory.

July 08, 2019 | AtoZ Markets - The cryptocurrency market is gradually recovering from the bearish flashes that happened in the last week of June. The market which earlier dropped over $90 billion in just a week has now recovered about 50% of that in the last six days. The current capitalization for the entire market stands at $336.5 billion with Bitcoin having nearly 63% of the total share according to Coinmarketcap.

The premier cryptocurrency has gained nearly 25% in July so far after recovering more than half of the last dip from $13,900 to $9,700. However, the recovery has been a bit slow and looks corrective. Perhaps the bearish correction from $13,900 is not yet over. Price is closing up to $12,100 which is the highest price so far in July. If the bullish run seen from April to June continues, Bitcoin would rally toward the all-time high and complete the recoveries of the 2018 bearish trend. Whether now or later, this will most probably happen this year especially if the 2019 1st half volatilities are maintained in the 2nd half of the year.

From the angle of the Elliott wave theory, it seems the first bullish phase of the 2018 recoveries has completed at $13,900. We could call that wave (1). After the first wave in one direction, the 2nd wave often corrects the 1st wave to 50-61.8% most often. If the current dip is the 2nd wave, we might see more dips than what is happening at the moment. The price chart is painting a possible complex corrective pattern. In the last update, we used the chart below to predict a double zigzag wave (2) dip to $8,500 (50% retracement) or $7,200 (61.8% retracement). 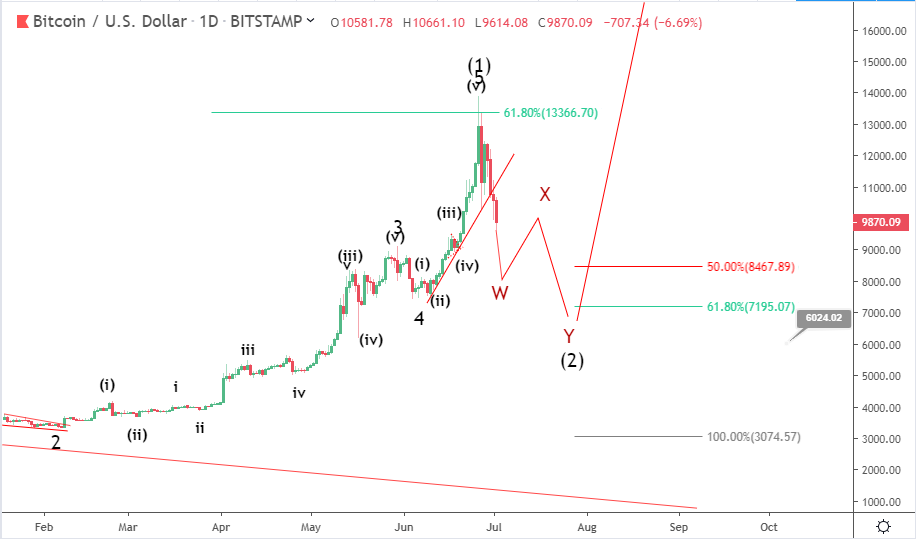 In the new update, we will look at how well price is playing out this possibility. The chart below shows the sub-waves of wave (2) as it develops. 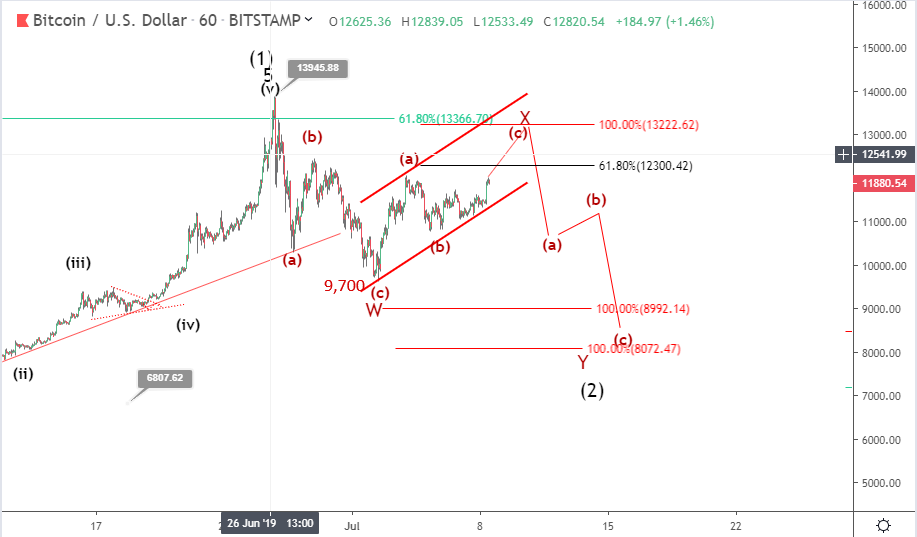