Bitcoin price has declined to a low of $3,715 after Warren Buffet trashed the digital coin in an interview with CNBC yesterday. What is next expected?

February 26, OctaFX – Last week, the price of cryptocurrencies rose after it emerged that JP Morgan was in the process of launching its own stablecoin.

The coin will be used for international remittances to simplify and reduce the duration it takes for funds to reach their destination. This will be the first large-scale application of blockchain technology by a major US bank.

Progress in the blockchain industry continued yesterday after a report showed that more oil companies had signed for the Vakt platform.  A report by Financial Times said that companies responsible for two-thirds of all deals in the North Sea crude had signed to the platform, which is backed by a group of oil majors and trading houses.

The goal of the London-based platform is to digitize the paper-backed processing of physical trade using blockchain technology. It will launch officially in the coming week at the International Petroleum Week. The companies that have signed up include BP, Shell, and Total. Traders like Gunvor and Mercuria have signed up too.

When fully implemented, the platform will help reduce the long and tedious process of oil trading that currently include paper-based contracts, invoices, and letters of credit that are exchanged by mail and fax.

In addition to the oil-based blockchain project, other large traders are considering launching their own platform. These include those in the agricultural sector such as Archer Daniels Midland, Bunge, Cargill, and Louis Dreyfus Company.

These companies are being forced to explore cost-cutting procedures as it becomes increasingly difficult to make money in the commodities industry. 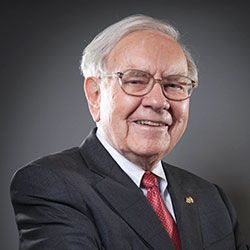 Meanwhile, Warren Buffet trashed Bitcoin in an interview with CNBC yesterday. After releasing his annual letter, he said that while he believes in the blockchain, he believed that Bitcoin was an illusion that attracts charlatans.

Bitcoin price declined after this statement because Buffet is one of the most respected investors of our lifetime.

Bitcoin price declined to a low of $3715. On the four-hour chart, the price is along the 42-day and 21-day EMAs. The RSI has dropped to a low of 46. There is a likelihood that the price will continue to move to the previous high of above $3800.