Bitcoin has resumed the bearish corrective run below $8,000 and it seems it will extend below $7,000 one again.

May 23, 2019 | AtoZ Markets – This week, the crypto community is filled with Craig Wright’s claim to Bitcoin whitepaper ownership stories. Despite the reports that the self-proclaimed Satoshi has gained registration with the US copyright office, the price of Bitcoin has bearly responded as the community didn’t buy into his claims. Meanwhile, BTC price still remains below $8,000 as the minor sell-off extends further. BTC has dropped nearly 10% from 2019 high of $8,400.

Between Monday and Wednesday, price clawed back toward $8,000 and slightly above on three different occasions but there was more profit taking after the sharp recoveries in the weekends prior. On Wednesday/Thursday, the sell-off resumed and the price was pushed toward $7,400. It remains to be seen whether the sell-off will continue below $7,000 to test the last week low. Bitcoin dominance has remained unchanged this week at 57%

Other cryptocurrencies have moved in similar manners this week. After the weekend quick recoveries across the board, prices have dropped further. However, prices are expected to surge and make new highs once the current dips complete. Meanwhile, total market capitalization has dropped to $237 billion after losing almost $20 billion this week.

From the Elliott wave theory, the current slow-down in price volatility was expected. A bullish impulse wave from 3100 is emerging and the 3rd wave ended at 8,400. The current dip was expected to be the 4th wave as the chart below, used in the last update, shows. 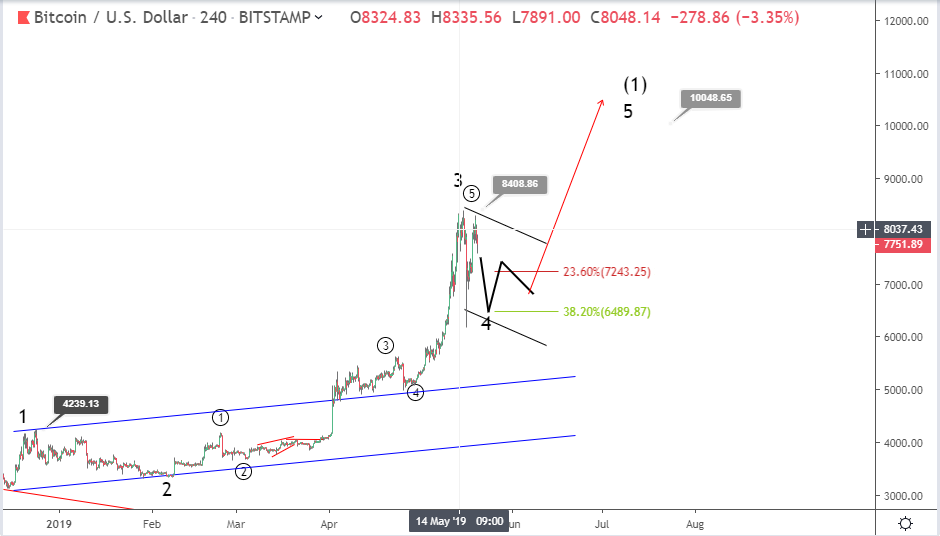 A zigzag wave 4 was expected to end and the 5th wave rally to $10,000 expected to follow. The 4th wave (based on what we have now) can either complete a zigzag (simple or complex) or a triangle pattern. Based on these two possibilities, we drew the two scenarios below. 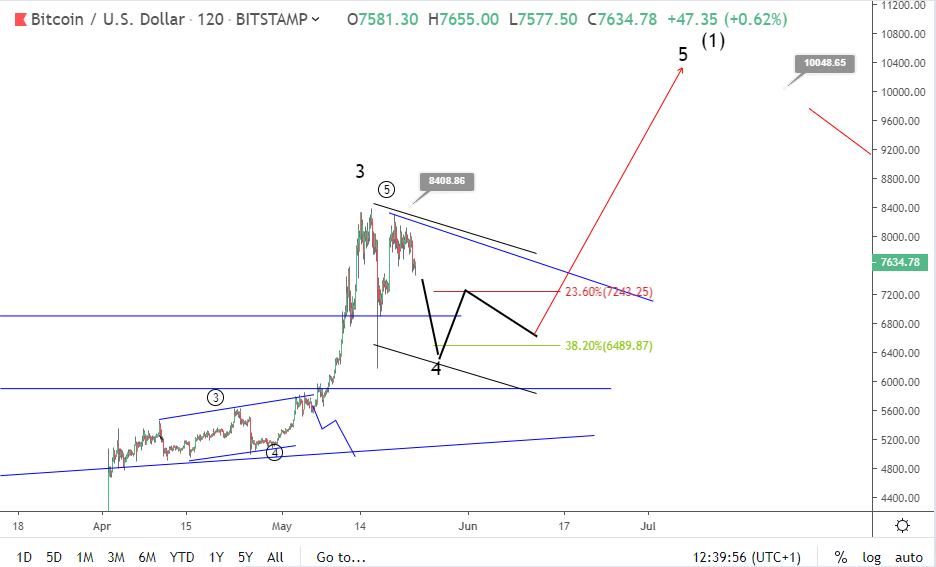 The chart above shows the continuation of what we had in the last update – a simple zigzag corrective wave 4 down to $7,400 before the 5th wave resumes the bullish trend toward $10,000. Alternatively, the 4th could take a few more legs sideways to complete a triangle pattern as the chart below shows. 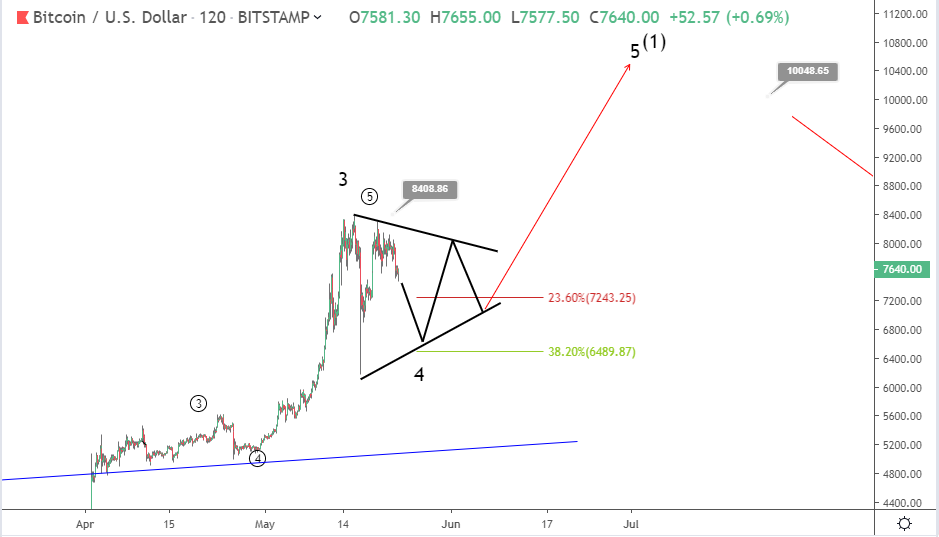 At this point, the talk of a triangle pattern is pre-mature as the 3rd leg has not yet complete. However, this is a strong possibility. The 4th wave of an impulse wave often ends with a triangle pattern. This obviously means that BTC could continue between $6,400 and $8,000 in the next couple of weeks before the bullish breakout.