Intraday patterns emerging on the BTCUSD chart show that Bitcoin could hit $8,500 soon. Will the move lead to a much bigger recovery? The following Bitcoin price analysis shares some technical insights.

January 06, 2020 | AtoZ Markets - Bitcoin has recovered from the Friday's slump to $6,900. The premier cryptocurrency is now close to testing the $7,700-$7,800 resistance zone and might even surpass if there is an adequate breakout. After dropping to a new low in December (to $6,500), Bitcoin gained nearly 19% to touch $7,700 before the turn of the year. However, the market ceases to solidify the surge with quick rallies to make good recoveries. At a time when the traditional markets are feeling cold from the recent US-Iran crises, Bitcoin should have done better than this. Meanwhile, there is still time as the current price patterns suggest a bullish breakout. However, the overwhelming bearish trend still carries some weight.

From the December lows, the cryptocurrency market has added about $10 billion with Bitcoin outperforming the Altcoin aggregate in the last one month. As a result, Bitcoin has gained more market share (now at 67.6%). Currently, the entire market capitalization stands at $204 billion. Ripple is currently the biggest gainer in the last 24 hours among the top 10 coins listed on Coinmarketcap. Bitcoin, on the other hand, has been silent today and currently exchanges for $7,570.

Is Bitcoin truly a safe-haven asset yet?

This is one thing some crypto bulls have claimed in recent times. However, if we are to go by recent occurrences in the markets, this is highly debatable. Compared to Gold, Bitcoin has performed far worse during geopolitical instabilities. Following the current US-Iran crises, Gold recently hit its highest price since 2003 after a 10% jump. The safe-haven commodity is attracting investments as many investors see it as a less risky asset during uncertainties in the market. Bitcoin, on the other hand, has remained rooted in the bearish zone save for the $6,500-to-$7,700 jump. While Bitcoin could still outperform Gold this decade, it's far more than a safe-haven asset yet. The huge volatility and less liquidity (than Gold) it possesses is definitely not appropriate for safety.

From a technical perspective, Bitcoin will most probably hit prices below the $6,500 low. In the last update, we used the chart below. 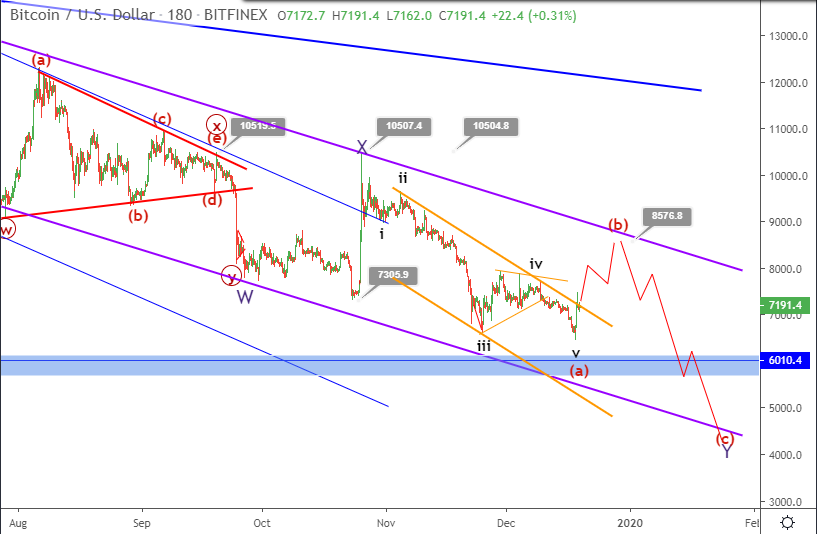 We expected the Bitcoin price to test $8,500 as a double zigzag corrective pattern emerges from the $13,900 high. Wave (b) of Y eventually broke above the wave (a) connecting line and hit higher as the new chart below shows (Charting tools from TradingView). 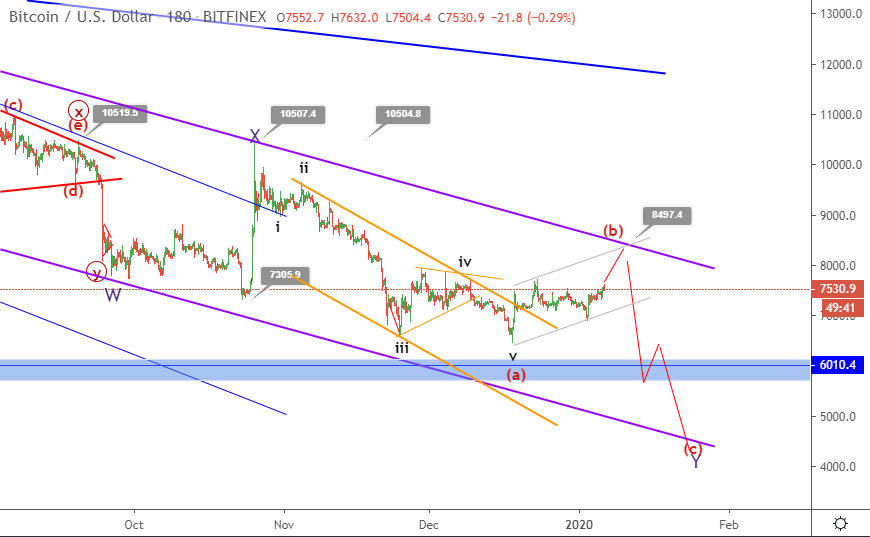 Wave (b) is expected to climb higher to $8,500 as the chart above shows or maybe continue sideways to complete a triangle. Unless the price breaks above the channel line massively, the Bitcoin price will return downside to hit lower prices. On the short term, a head and shoulder pattern is also emerging with a neckline around $7,500-7,700. - another bullish signal to $8,500. 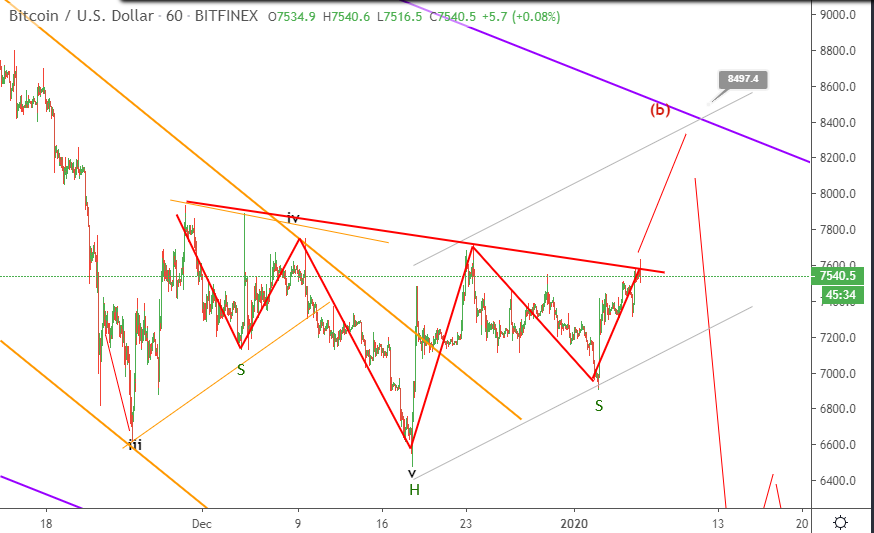 GameStop Plans to Launch an NFT Marketplace
Broker of the month!