Our AtoZMarkets Bitcoin guide for dummies explains what the flagship cryptocurrency is, how it works and how you can use it in everyday life.

December 18, 2018 | AtoZ Markets- The creator or the team of Bitcoin creators calling themselves Satoshi Nakamoto provided a document on the last day of October in 2008, which stated they were working on a unique monetary cryptosystem. Its main advantages, as Satoshi team said, was supposed to be the independence from world governments, the provision of the possibility of a completely anonymous use, as well as the protection from fraudulent exposure.

In Japanese, “Satoshi Nakamoto” stands for “clearly thinking at the base or “clear thinking in a book” (expert, sage). Nobody knows who Nakamoto is or what is their gender even, what their real name is. Since Bitcoin appeared, several people have already claimed that they are Satoshi Nakamoto. In 2014, Newsweek magazine claimed that American Dorian Nakamoto was the creator of Bitcoin. 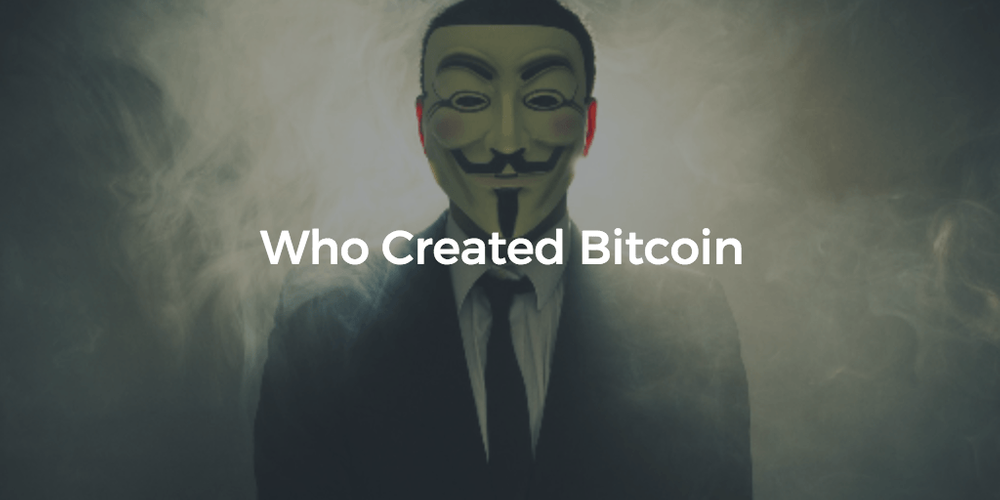 Another theory says that Nakamoto is the head of Tesla and SpaceX projects’ Elon Musk. As considered by traders and miners, a person can prove that they are Satoshi Nakamoto in a digital signature created using cryptographic keys belonging to the very first operations with bitcoins.

In May 2016 Craig Wright, an Australian computer scientist, and businessman claimed to be the real Satoshi Nakamoto. The situation with Bitcoin can be compared with literary hoaxes. There are still many arguments whether William Shakespeare really existed or his literary works are the fruit of the collective labor of the English aristocracy. All in all, it seems that Bitcoin is a result of collective creative-digital work and there is no sense in searching for its author (or authors) anymore. Some people consider the secrecy surrounding Bitcoin as a source of profit. We can only imagine how much earnings could bring writing a script about creating Bitcoin, or a book based on “real” events.

This is probably the reason you are reading this Bitcoin guide and we will explain in simple terms. Bitcoin is a set of values endowed with the properties of cash, digital currency, and gold, which can be used in transactions. Bitcoin transactions are anonymous and cheap without the participation of a third party as cryptos transferred directly between subscribers. Moreover, there is no binding of the person’s name to the wallet, and you can create as many as you need; You can not block the user’s wallet, cancel the transfer or return the sent bitcoins back; digital money can be stored on your computer, in a virtual wallet or on a well-protected mobile device; nobody regulates Bitcoins – the price depends solely on their demand/supply in the economic market.

This feature makes Bitcoin not quite a reliable kind of funds, as, without support and interest in it, Bitcoin’s value will drop to zero. Bitcoin cannot be generated indefinitely, the process has its limitations. Initially, the system code was created so that the maximum number of coins did not exceed 21 million. It also tracks the dynamics of the creation of the crypto, and for the current time within 10 minutes, you can issue no more than 25 coins.

They are distributed by mining protoshares (PTS) among the pools which make calculations aimed at making transactions and ensuring flawless operation of the blockchain. Every 4 years, when the number of blocks reaches the number 210,000, the release of new coins, is halved (from 50 to 25, then to 12.5, etc.).

Thus, the principle of deflation increases the value of Bitcoin, which is why it gradually becomes more expensive. But even when the last 21 million bitcoin is formed, this does not mean that the issue will end, because after the decimal point it can continue to be divided up to the 8th digit. Bitcoin like any fiat currency has its own variant of a penny or a cent – satoshi, and 1 bitcoin = 100,000,000 satoshi. 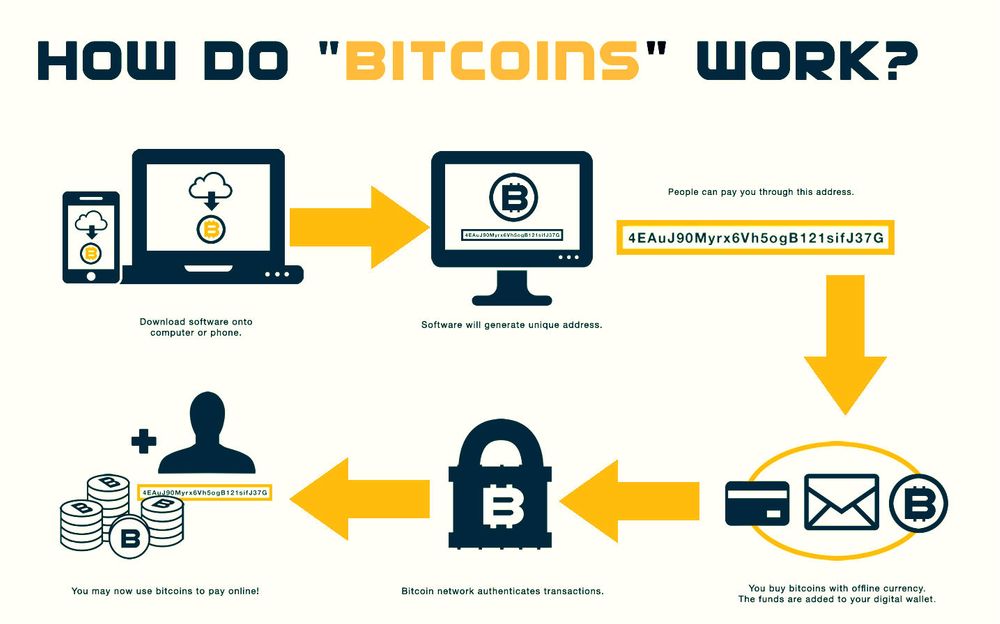 Bitcoin is like an ordinary computer program, with a concept based on sharing, just like that of what is known of torrent, where the download depends on how many peers each computer connected on the network can contribute with, for the downloader to assemble the whole parts of what they are downloading, you install the program, and someone else does the same.

After that, you can transfer files to each other directly, without the participation of any servers, and almost without control. The task of Bitcoin is not to transfer files between users, but to give them “virtual points”.  In what ways is it different from traditional currencies? Bitcoin can be used to pay for things electronically if both parties are willing. In that sense, it’s like conventional dollars, euros, or yen, which are also traded digitally.

How to get Bitcoin?

This Bitcoin guide wouldn’t have been complete had we not give an answer to this question. You see, the process of getting Bitcoins is fraught with difficulties. While it can be exchanged for ordinary money, we have found 5 methods to get it for free.

Where to store Bitcoin?

Bitcoin wallet – an electronic device for storing bitcoins. There is a private key that allows you to dispose of virtual money. There are a few kinds of Bitcoin wallets and will we discuss them in this Bitcoin guide. 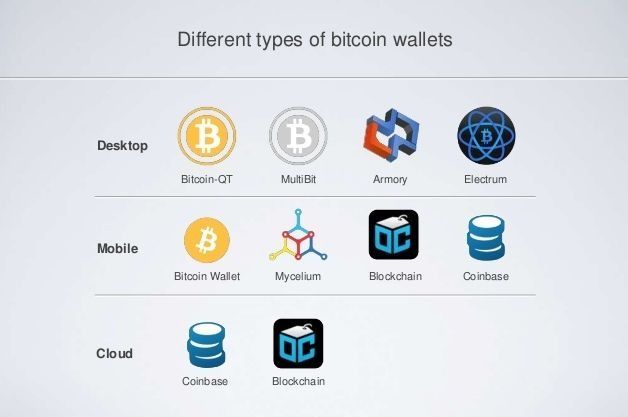 There is still some skepticism about Bitcoin. The bright minds of economics, including Nobel prize winners P. Krugman, J. Stiglitz, R. Schiller, and the legendary investor W.Buffet consider this crypto a controversial matter. They call Bitcoin a fraud, a financial bubble that will eventually explode. There also are very authoritative entrepreneurs and financial giants on the Bitcoin’s side. For example, J.Dorsey, the CEO of Twitter, P.Thie one of the PayPal founders, R. Branson a Virgin’s founder and S.Wozniak (Woz) one of the Apple founders, believe in this crypto’s future. These absolutely opposite opinions clash society and split it.

The cryptocurrency market experienced at quick pace popularity last year, as many investors felt Bitcoin was the asset that guarantees an explosive profit. That seemed unarguable at that time. Considering that at the start of 2017, Bitcoin was barely trading at $1000, but by December it had skyrocketed by nearly 1880% to trade at $19800.Between November and early December 2017 alone, Bitcoin gained about 250% to make the cryptocurrency market wildly popular.

Yet, how different the year after could be? Well, the price of the king of the cryptocurrencies, Bitcoin, fell by 82%, trading at the time of writing below $4000. From a market capitalization perspective, Bitcoin maintains more than 50% of the crypto market dominance. Therefore, the effect Bitcoin price correction was felt across other cryptos, tokens and even mining operations. As a matter of fact, cryptocurrencies have lost over 80% of their market values in 2018.

This prompted the market to question whether Bitcoin is dead? But is it? In the previous bullish trends, the price hit $29, $1120 and $19800. The next bullish trend might be slower and less than the previous but it’s very likely to go above $100,000 mark. If the price would repeat its previous behaviors. With strong institutions, strict regulations and more high-net-worth investors coming in, the cloud of pessimism around bitcoin and cryptocurrency might just disappear for a new wave of healthy spikes. The next bullish trend, if it happens, could take much more time than before, but it is unlikely that Bitcoin will end or vanish completely.

Tags Bitcoin
Forex Crypto
Top 5 Forex Brokers
Top 5 Crypto Exchanges
Your subscription could not be saved. Please try again.
Thank you for subscribing. You will be the first to receive all the latest news, updates, and exclusive advice from the AtoZ Markets experts.
Everyone is reading
Is Forex Trading Halal or Haram in Islam?
Top 5 Forex MT5 Indicators for 2021 you should try
Top 5 cryptocurrencies 2021 | Best Cryptocurrency To Invest
close ×