Bitcoin as its national currency has the potential to completely crash El Salvador's economy, a professor of applied economics at Johns Hopkins University, has warned.

June 16, 2021, | AtoZ Markets – Steve Hanke, a professor of applied economics at Johns Hopkins University, warned that El Salvador's adoption of Bitcoin as its national currency has the potential to completely crash the country's economy.

Steve Hanke served as a senior economist under Ronald Reagan from 1981 to 1982. Hanke previously described Bitcoin as "a speculative asset with a zero intrinsic value".  “The future of money is cryptocurrencies, not Bitcoin,” the 78-year-old economist stated in a post he shared in April.

Speaking to Kitco News on June 15, Hanke suggested that BTC savers in regions such as Russia and China could now target El Salvador to cash in on their savings and reduce the country's dollar reserve:

“This step risks collapsing the country's economy completely, because El Salvador's dollar reserves can be depleted until there is no money left in the country. They do not have a currency of their own.”

During the interview, the economist described the lawmakers who voted in favor of the Bitcoin law as "absolutely stupid" and questioned how BTC would be used in everyday transactions in a country where most citizens use cash.

Hanke said, “You will not be able to pay the taxi fare with Bitcoin. This is ridiculous. 70% of the people of El Salvador don't even have a bank account," he added.

JPMorgan also expressed similar views in its June 11 statement, arguing that making Bitcoin a national currency could jeopardize negotiations with the IMF. 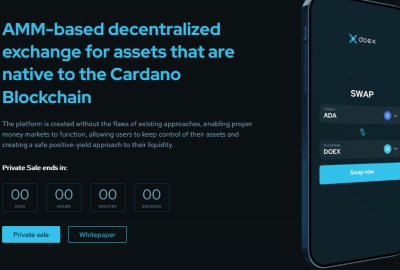 Do.Exchange (DOEX) Joins the DeFi Race on Cardano, will Conduct Public Sale on KICK Launchpad
Broker of the month!