November 23, 2018 | AtoZ Markets -According to the Chainalysis, a company specilized in Bitcoin researches, the value of the aforementioned digital currency has fallen by 80 percent over the last period between January and September. This week, Bitcoin’s value reached its lowest level on its record this year. As financial experts suggest, crypto’s value decreases as it fails to turn into widely-accepted currency.

Despite persistent sharp changes, the exchange value of Bitcoin is currently quite stable. In her interview with Reuters, Joni Teves, the UBS bank strategist said that “There would have to be a stability requirement if it is to become another form of money.” She also noted that "clearer rules by global financial officials will also help people gain trust in the currency. But such rules are expected to take time. Teves said, that people need to be able to process Bitcoin just like they do money in very large amounts on a large scale. That might be a problem.

Any activity related to crypto is recorded and confirmed by a computer on the blockchain. It process checking and storing records securely, the thing that requires a lot of computing power. Because of that, the system can process a small number of transactions than most of the credit card companies does. According to Chainalysis research results, in a period from December to September, the value of payments made with Bitcoin had fallen from $427 million to $96 million.

Bitcoin price dropdown has affected some businesses that had expected profits to rise with the growth of bitcoin and other blockchain currencies.

Some experts stated, that stability in bitcoin prices, its use needs to be faster and cost less. A new technology, called lighting network promises to make bitcoin transactions faster by adding code to bitcoin blockchain. 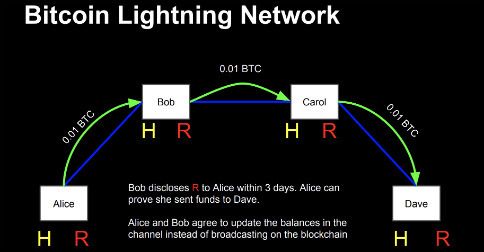 This technology would make the use of bitcoin cost less, as well. Lighting technology lets users to send money to one another on the network without completing a blockchain, and solves some of bitcoin’s scaling issues, according to Ed Cooper, an official from the Revolut company.

World’s first registered DAO, BLOCKS Is Bringing Every Industry to the Blockchain

Jack Dorsey: “Bitcoin Will Replace The Dollar”
Broker of the month!