October 2018 | AtoZMarkets - According to social media resources today, the Binance exchange was about to delist Tether (USDT) from its platform, without any official announcement by the exchange, which causes damage to the crypto markets.

As per media outlets, just a few moments before the market’s volatility started today, KuCoin exchange announced that it was temporarily closing all USDT depositis and withdrawal from their dealings on the exchange, without mentioning their reason behind doing so.

Due to USDT wallet system maintenance, we have decided to temporarily close deposits and withdrawals for USDT. We apologize for any inconvenience caused during the upgrade.

When everything has been resolved we will re-open deposits and withdrawals for USDT, please wait for our further updates.”, read the announcement.

USDT Was a Scam

The announced was followed by rumors that Binance was also about to delist Tether (USDT) for having proof that USDT was a scam.

In the light of the event, crypto traders started exchanging warning messages over social media and instant messaging platforms, claiming the messages were officially announced by Binance. 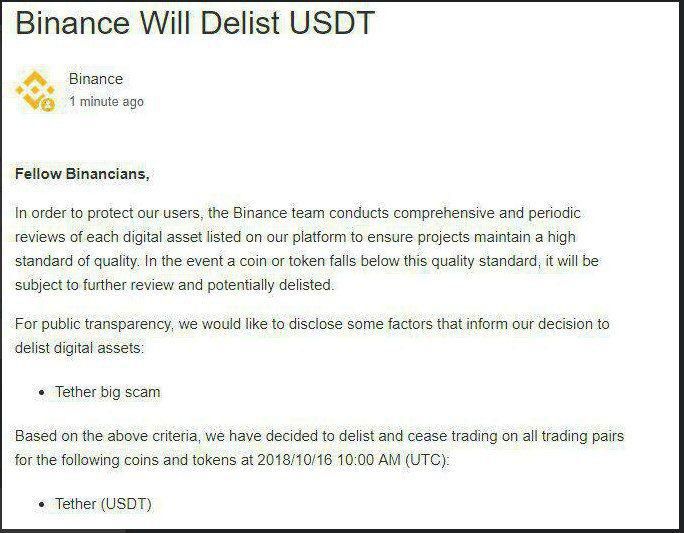 In his turn, the CEO of Binance- Changpeng Zhao, pointed in a tweet, to that the exchange was not delisting Tether (USDT): 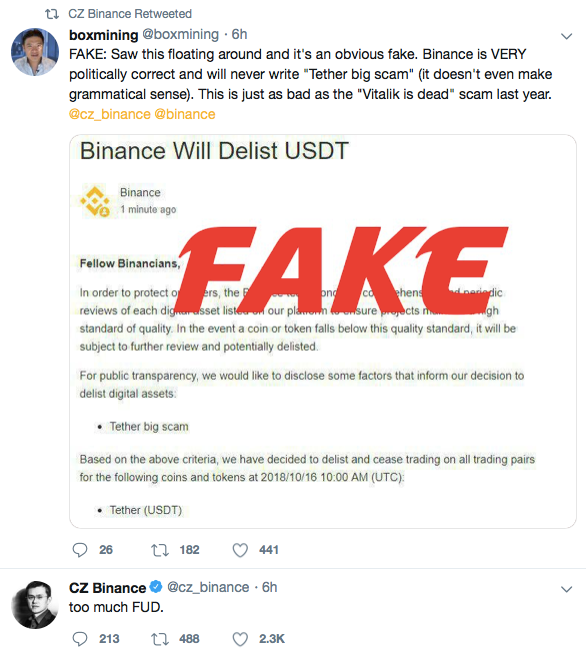 It is worth mentioning that the crypto markets were startled this Monday morning by fake news reports that Binance was in the process of delisting Tether (USDT).

Market analysts explained that the fake news which the crypto markets flooded with this morning, resulted in traders holding Tether to seek fleeing from possible losses by turning to Bitcoin (BTC) as a safer replacement to USD, the thing that reflected in boosting Bitcoin significantly, with reports of trading on Binance of as high as $7,500. BTC has since stabilized at $6,800.0

CEO of Binance Comments on the Impact of FUD

Following this tweet, the CEO of Binance replied to some of the questions raised after this incident. As a crypto enthusiast by the name "Soros Shorts", asked when Binance will be launching TUSD and PAX Markets: 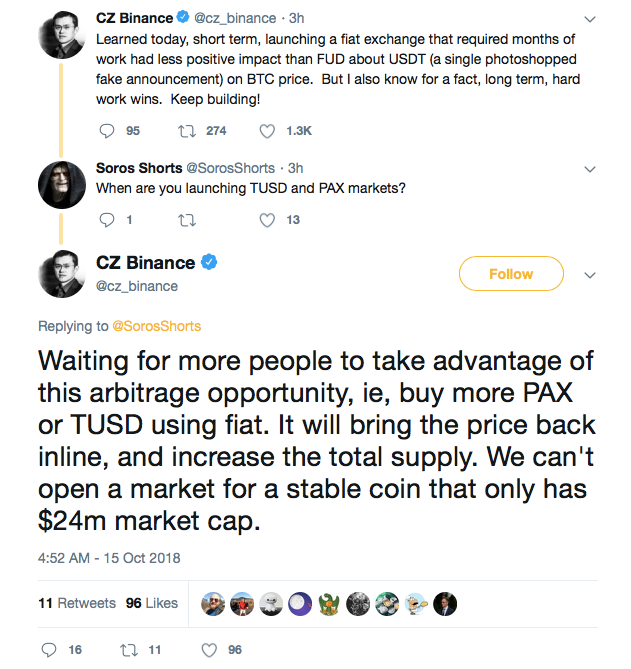 How do check if a news item is fake or real? Share your opinion with us in the comments section below.