What can you say more about Gold that has not already been written and discussed? Get the bigger picture of gold in this analysis.

18th August AtoZ Forex – In September Gold usually appreciates until the beginning of the next year. The Monthly trend has been broken and the bulls are in control since the end of February 2016 after the break of the monthly 20 moving average and a retest of the 20 ma in the months after.  The bigger picture is that we are in a uptrend, though some may view it as a correction before continuing in the bearish direction.

We are seeing a pause and price has not broken last month’s high and expect a reversal on intraday at the 1390 level. 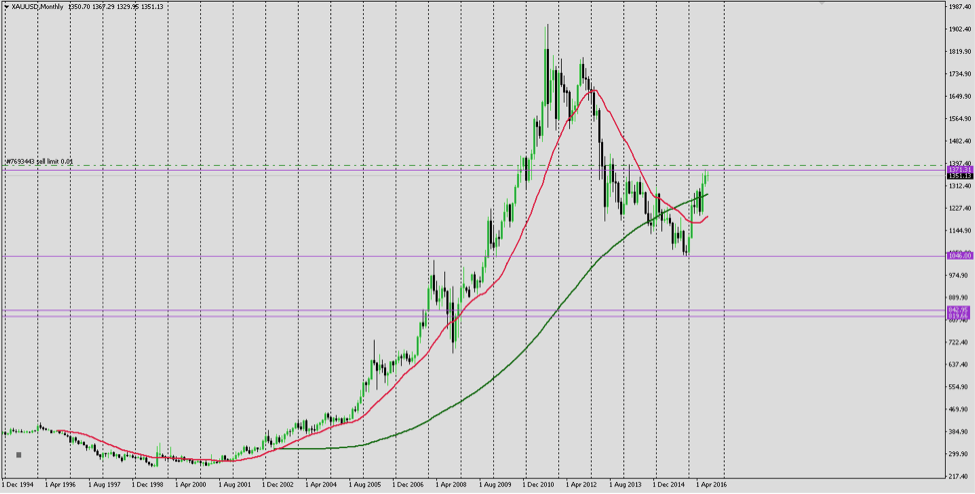 Always trade in the direction of the bigger picture of gold

With fundamentals giving us mixed signals as to what is happening, it is best to look at technical analysis for trading gold and always trade in the direction of the bigger picture of gold. We know probability Gold appreciating from a seasonality point of view is high and the current bigger trend is bullish, traders should only be looking for BUY entries at key support and resistance levels.

On the weekly chart Gold found a resistance level between 1366 to 1371 levels. On the Daily chart, we see higher lows and lower highs being formed, a wedge formation and a break above the 1360/65 and retest of this level will confirm the continued bullish trend towards the psychological level of 1390.

See also: When is it the best time to buy gold?

On the intraday (H1 chart) we can see that price action is between the 1358 and 1335 levels. In between these levels we can expect a lot of emotional trading with short term gains.