11 September, Forex News – On the anniversary of 9/11 deadly Hurricane Irma is ripping through Florida. The hurricane has already caused widespread damage to the state and the Caribbean islands. However, how does Hurricane Irma impact the FX and the rest of the Financial markets?

Let’s crunch down some numbers: Hurricane Irma fortunately is no longer Category 4 hurricane, but a Category 2 hurricane. Still at times its wind speed can exceed 100 MPH. Meanwhile, some statistics show that the hurricane has caused as much as $135 billion in damages. Some third party analysts estimate the damages to reach $200 billion by the time the storm is over.

As I’ve mentioned above, I spent 3 days with the best Forex trainer 2017 (Asia) award winner and NewsOgram AI founder Yagub Rahimov. During the short 72 hours, we enjoyed boat ride in the beautiful Akamas area, discussed his vision about Artificial intelligence in Financial Markets, his ICO investment techniques and also how he has taken simple Fibonacci retracement zones and created a patent pending “True Fibonacci Waves” theory. Meanwhile it was quite interesting to see, how his analysis technique saves time, he only spends 30 minutes twice a day 4 days a week.

In our hurricane Irma discussion, Yagub commented the following which kind of left me wondering:

“There is a reason why June to November is called Atlantic Hurricane season. It is happening every year, it happened in August 2005 with Hurricane Katrina, it is now happening with Hurricane Irma. Some years, these hurricanes are strong some years they are not life threatening. However, they are always seasonal, they appear every year between June and November.  The question is “how well are the authorities prepared for these disasters?” Indeed, if the authorities are not well prepared, you get to see higher casualties and the market impact goes higher. This year, since the US is busy with their own internal politics, they appear not to be prepared for the annual hurricane season, thus, we have been short on USD since May, just before the Hurricane season start. But now, I am already into the neutral mode.”

So, these disasters are seasonal and officials can actually control the market impact. This was my short takeaway from our hurricane discussion with Yagub. Thus, market basically discounted geopolitical instability inline with hurricane season and that lead to USD depreciation.

Of course, such a combination always creates demand for safe haven assets, such as Gold, Silver, CHF and even Bitcoin or other cryptocurrencies (this is a sensitive point as governments are fighting to control it now).

Weekly fundamentals expectations for September 11-15 is slightly light for Monday to start the week off.  The Japanese government began the day with their Tertiary Index. Separately, the Japan Machine Tool Builders’ Association announced that the country’s initial machine tool orders in August saw a quickened growth to 36.3% yearly.

During the American session, the Canada will report on August housing starts at 12:15 GMT. CAD should be on the move! 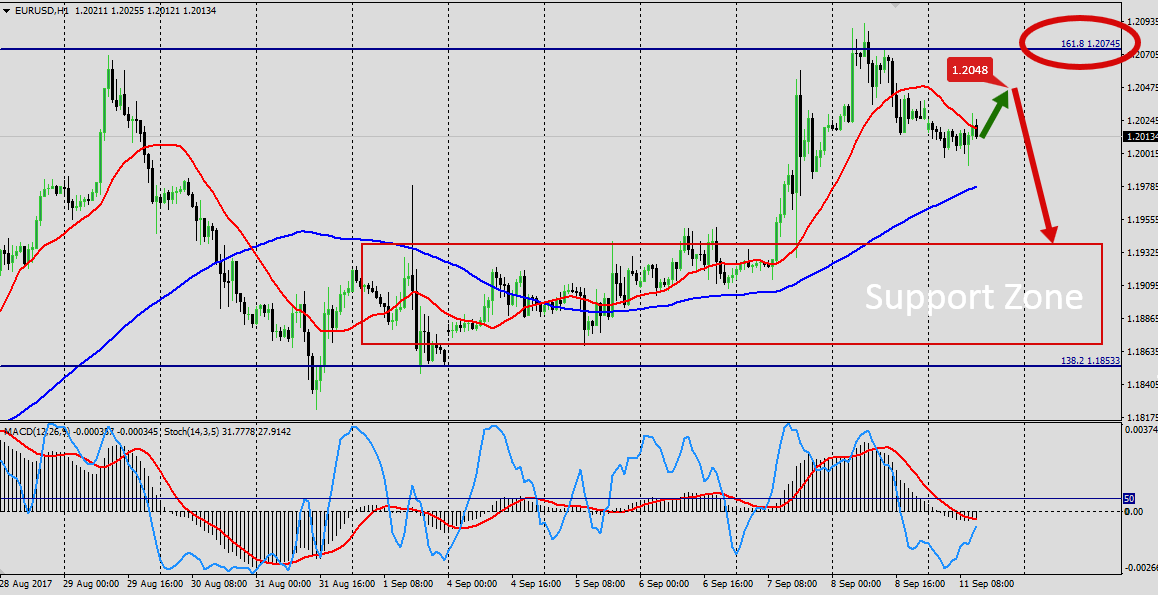 However, don’t ignore the fact that we are taking advantage of the corrective wave based on 161.8% True Fibonacci wave.