26 October, AtoZForex.com, Lagos – This week marks the second last chance the Fed will have to hike rates this year. The central bank’s major mandates remain price inflation and the strength of the U.S. economy, particularly employment, as well as the condition of the global economy. These will guide the Fed’s decision on interest rates. So far, the labor conditions have proven impressive, with unemployment fallen to 5.1 percent, while non-farm payroll has recorded an average of 220k this year so far.

With most expecting a rate hike to come next year, former FOMC chairman, Ben Bernanke has admitted that Janet Yellen has got a “tough call” to make as regards the timing of the rate hikes. In a statement to Yahoo finance, Ben Bernake avoided giving an outright opinion, saying that “You wouldn’t want your former boss second guessing you.” 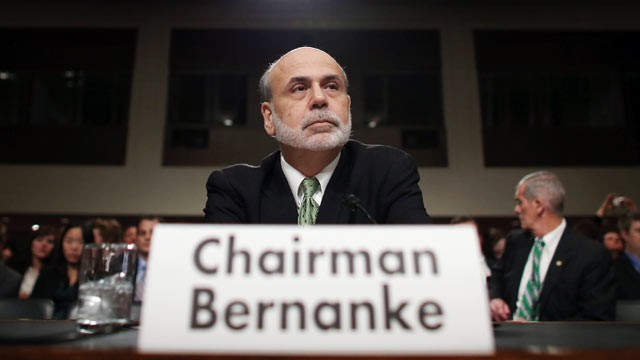 “The argument for raising rates is that slack is being absorbed, and the unemployment rate is low,” said Bernanke. “The domestic economy at least is pushing forward…and we have a very low inflation rate, below the Fed’s two percent target. So, that would be the argument for going ahead and getting ahead of the curve,” he said.

The Fed’s decision became more complex after the global market panic in August quelled expectations for an imminent hike to come in September. Back in August, global markets were thrown into a frenzy on heightened fears of a China slowdown. The Chinese Shanghai Composite Index fell 34 percent in the third quarter of 2015 alone. One of many factors which inspired the Fed’s decision to hold rates.

“Although the U.S. economy is pretty strong, the global economy is not that strong,” said Bernanke. “That’s a headwind that’s a drag on our recovery and raises some questions about the sustainability of growth in the United States,” he said.

However, the U.S. markets have gradually recovered from the August plunge, along with the Shanghai Composite which has gained 12 percent so far in October. Despite these recoveries, it remains unlikely that the Fed will raise rates in its meeting this week.