July 8, 2019 | AtoZ Markets - The crypto market opened with a bullish trend. Most of the cryptocurrencies in the market are climbing upwards on the chart. Tron also started the week with the bullish trend by breaking the weekly records. At the time of press, TRXUSD is trading at $ 0.03406. Intrestengly, the intraday profit booked by the coin is also 9% and significantly dropped after a police raid in Tron offices.

A highly active Journalist, Hayden Otto has posted a short video on twitter that displays the Beijing police raid on TRON’s offices. He reported that there whold be many angry people in China, who considers Tron to be scam coin. 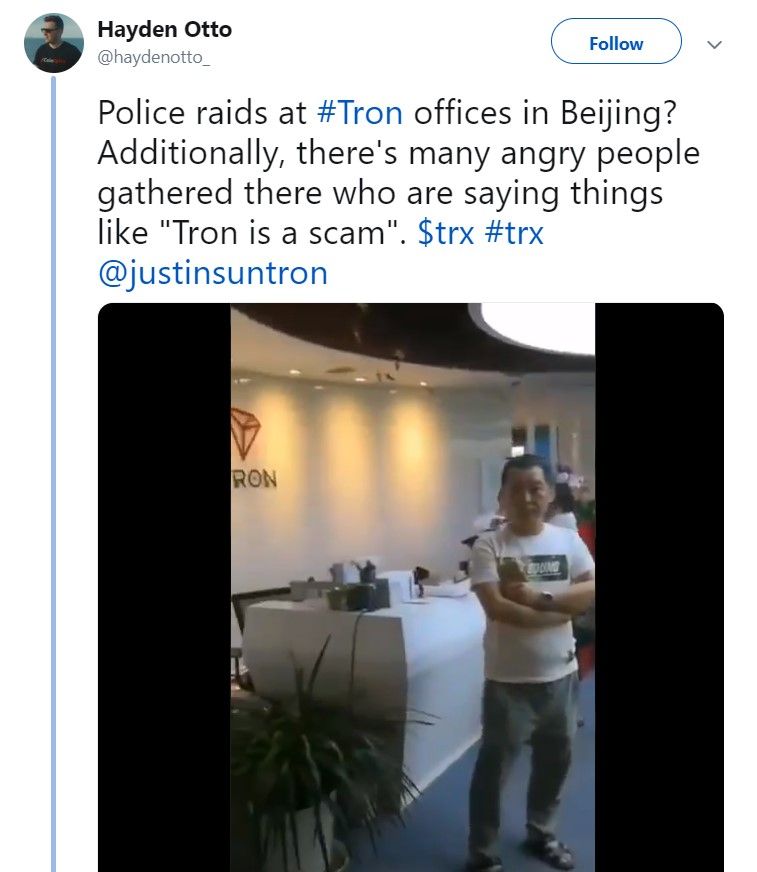 This is why Coinbase might not listed Tron into their list.  The founder of the Tron blockchain project, Justin Sun, is facing harsh criticism in his home country of China after an alleged Ponzi scheme ended abruptly last week.

According to Chinese website Nuclear Finance, a pyramid-like investment scheme known as the “Wave Field Super Community” has been associated with Tron. In China, Tron and its TRX cryptocurrency is known as “Wave Field.”

Massive TRX transaction worth over $23 mln

The Wave Field Super Community reportedly managed to collect at least CNY 200 million (c. USD 29 million) from investors before it unexpectedly shut down, leaving the victims with no way to withdraw their money.

Meanwhile, Whale Alert has warned of a massive transfer of funds in TRX with a transaction worth over $23 million. This signifies that something is going wrong with Tron coin. 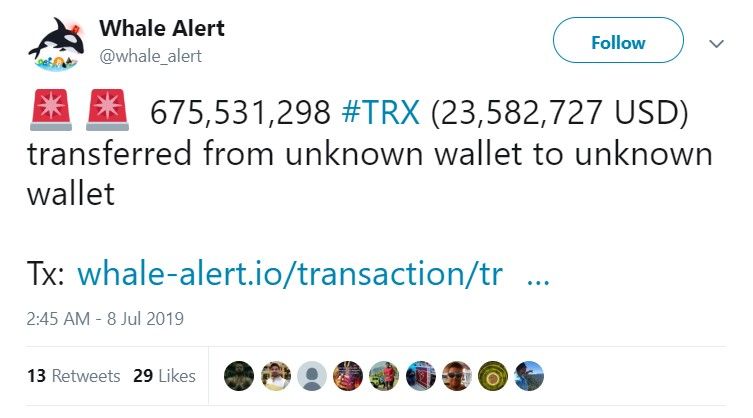 Investors are now angry that Sun failed to disintegrate Tron and BitTorrent, the other company from the fraudulent scheme. TRX benefited from increse in liquidity, as unaware investors invested in TRX for major returns.