24 December, AtoZForex.com, London – The following are Barclays 4 global 2016 macro-themes, as the bank’s Capital team has analysed global economic growth between the Emerging Markets (EM) and Developed Markets (DM) and concluded the four main topics for currency investors to acknowledge and benefit. A valuable insight on next year, aside the Barclays’ earlier released into year-end EURUSD and GBPUSD analysis.

DM will continue to grow steadily, but EM remains weak.

Emerging Markets are still not that clear.

“The China slowdown – accrual accounting, not mark to market; broader ramifications – on EM and commodity countries; Brazil – things should get worse before they get better,” Barclays explained.

Furthermore, political dysfunction is created in the middle of worsening economic and fiscal dynamics. 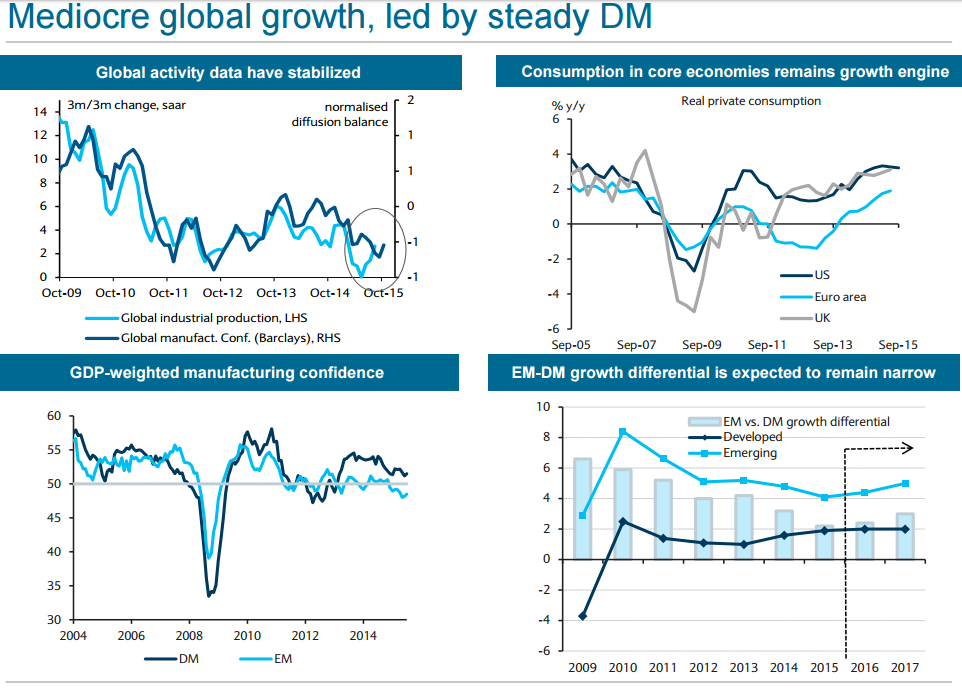 “But volatility regarding the Fed and China should increase as 2016 progresses,” Barclays added.

The last of the 4 global 2016 macro-themes is poor liquidity, especially at an end of the year, which has exacerbated market moves.

Unfortunately, this is an ongoing global theme that is likely to continue, Barclays added.

EURUSD and GBPUSD into year-end

Meanwhile, looking at specific currency pairs Barclays expects EURUSD to trade in range approaching the year-end as the data calendar is light and the major event risks, the Fed and ECB meetings, are behind us.

Nonetheless, GBPUSD is a different story with expected further downside scope due to projected further declines in UK growth momentum to a pace of about 2.0% y/y in the fourth quarter… Read the full article here