Here are the main keypoints of today’s highly anticipated BoE meeting. The Bank decided to cut the interest rates for the first time in more than seven years. What are the main takeaways from this major event?

4 August, AtoZForex – The anticipated BoE meeting finally happened: the Bank of England cuts interest rates for the first time since 2009. Moreover, the Bank revealed its set of measures it designed to prevent a post-Brexit recession.

An interest rate cut by the Bank of England was widely expected. Today the policymakers voted anonymously to cut the interest rates to 0.25pc from a previous all-time low of 0.5pc. The previous rate was set up in March 2009, and officials signaled that a significantly weaker growth outlook meant more interest rate cuts towards zero to be expected.

As measured by the consumer prices index, the inflation is expected to climb to nearly 2.5pc in 3 years. The figure is much higher than the targeted 2pc by the Monetary Policy Committee.  The Chancellor, Phillip Harmond, welcomed the decision and stated that the Government is ready to take any necessary steps in order to support the confidence and the economy of the country.

On the drop of the release, the Sterling plunged more than 1%, so far. The Pound dipped to fresh lows against the US dollar, with GBPUSD trading around 1.3129 at the moment of writing. Looking at EURGBP, the pair traded up from 0.8344 to the highs near 0.8456. 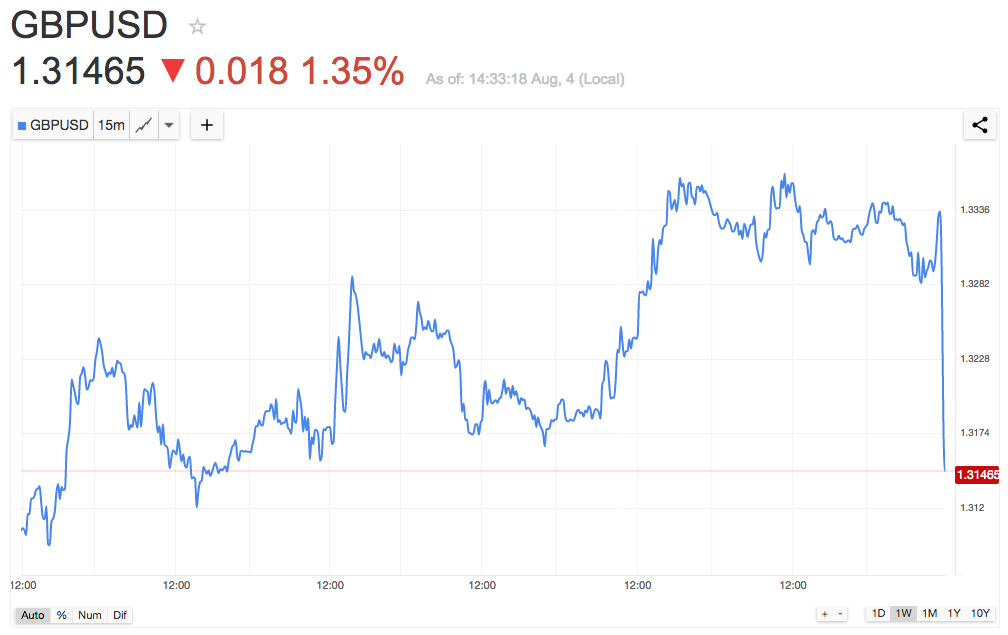 Meanwhile, as the Bank of England cuts interest rates, the Financial Policy Committee, which is responsible for maintaining financial stability, announced that it would make sure its capital rules in order to ensure they do not act as “a barrier to the effective implementation of policy measures”.