The Bank of England sees probale the use of its own virtual currency called CBDC.

May 14, 2021, | AtoZ Markets  -  Sir Jon Cunliffe, deputy governor of the Bank of England for stability, said  that it “looks probable” that the United Kingdom’s central bank will issue a digital currency if public money is to survive the growing expansion of private alternatives.

A CBDC would be a new form of digital money issued by the Bank of England and for use by households and businesses. It would exist alongside cash and bank deposits, rather than replacing them.

However, the Government and the Bank of England have not yet made a decision on whether to introduce a CBDC in the UK.

“We may not be there yet. But it looks probable in the UK that if we want to retain public money capable of general use and available to citizens, the state will need to issue public digital money that can meet the needs of modern-day life,” said Cunliffe yesterday in a speech to the Official Monetary and Financial Institutions Forum.

Cunliffe listed several factors that served as a catalyst for a CBDC, but specifically highlighted the pandemic. 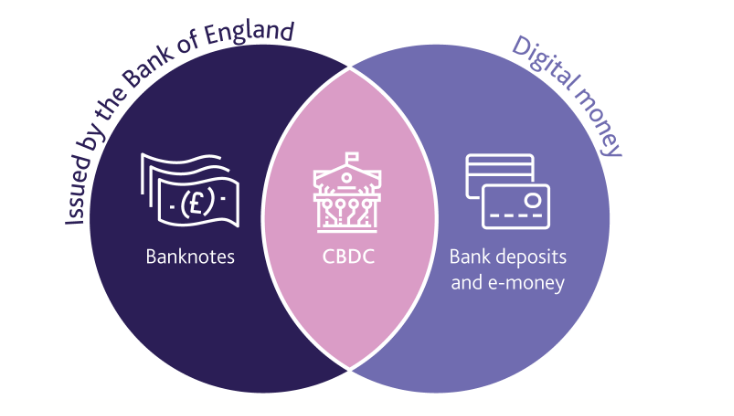 Photo by Bank of England

The Bank of England, like many of the world’s central banks, has yet to reach an official decision on whether to launch a central bank digital currency (CBDC), but this moment appears closer and closer.

Take a note, if a CBDC were to be introduced, it would be denominated in pounds sterling, just like banknotes, so £10 of CBDC would always be worth the same as a £10 note.

CBDC is sometimes thought of as equivalent to a digital banknote, although in some respects it may have as much in common with a bank deposit. Any CBDC would be introduced alongside – rather than replacing – cash and bank deposits.

The Bank of England Has Been Making Big Steps

In April, the Bank joined up with HM Treasury to form a joint task force to lead its research into the possibility of launching a digital pound. More recently, the Bank began advertising some roles in a newly-formed CBDC team.

“Introduction of a CBDC would be a very major public project which would have material implications for the financial sector, many parts of the economy and for society more broadly,” said Cunfille in his speech.

Also, Cunliffe said that the Bank of England would publish a discussion paper on the public policy implications of any shift away from commercial bank money to new forms of digital cash in the next few months.

The Bank of England has also announced it will establish a CBDC Unit. This new division of the Bank of England will lead its internal exploration around CBDC. It will also lead the Bank’s external engagement on CBDC, including with other UK and international authorities.