June 13, 2019, | AtoZ Markets – Despite the ban of cryptocurrency exchanges in China, the Asian country may still have a big influence on the industry. The recent surge and drop in the prices of Bitcoin could have been helped by trends coming from the Chinese market. 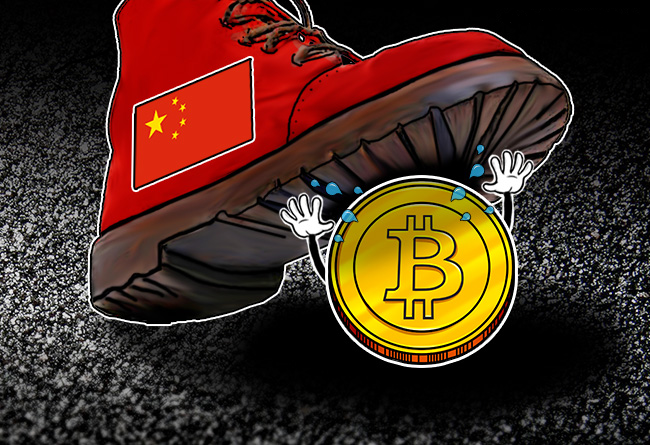 Since Sept. 4, 2017, the Chinese government made it illegal for mainlanders to exchange cryptocurrencies. The ban was intended to shut down cryptocurrency exchanges and especially initial coin offerings (ICO), which were raising funds without regulatory oversight and had “seriously disrupted the economic and financial order.”

Although the purpose behind the ban was to curb criminal activity, it did not in any way prevent Chinese crypto investors from buying them with their offshore accounts or even investing in ICOs. Also, cryptocurrency exchanges were not negatively affected either, as the CEO of Chinese-based crypto exchange C2CX, Scott Freeman explained:

“None of the exchanges previously based in China ceased business. They simply moved their servers abroad. The only change is that for the moment the funds will move in and out of local currency via P2P transactions instead of via direct deposit. From a regulatory perspective this is an inferior solution because it’s much harder to prevent money laundering.”

Indeed, by November of the same year, the top three Bitcoin trading platforms in mainland China—Huobi, OkCoin, and BTCC—had halted all trading services for local customers and moved out of the country.

The only thing that was affected by the Chinese government shut down on cryptos was the market valuation of Bitcoin. When the announcement was made, BTC price dropped 35.3%. After hitting a high of $5,000 the flagship cryptocurrency nosedived to $3,250 as the news about the ban spread. But today, the price has risen.

As a result, a lot of people have often said that China has been a major driver of the recent Bitcoin rally. For this very reason, technical analyst, Alex Krüger‏ decided to do a research to see if the figures from China’s Baidu search engine data backed that up.

In a recent twitter thread, Alex Krüger, a trader, explained that China could certainly be the main source behind the price action that bitcoin has had since the beginning of May. The economist went into Baidu, a Chinese search engine similar to Google, and looked at BTC’s popularity as indicated by search trends. 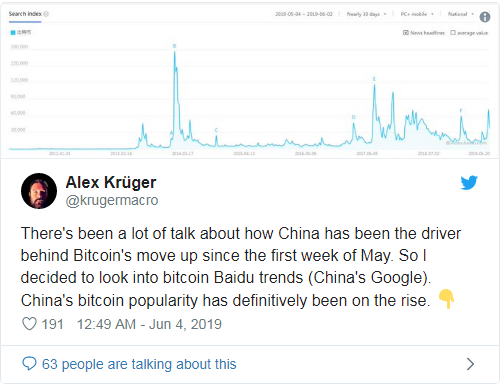 Krüger found out that the number of searches for “Bitcoin” in Baidu search engine data coincided with BTC performance. Since April, as the interest in Bitcoin spiked the also price began increasing. However, there are some discrepancies with theory as search interest in both China and the rest of the world dropped significantly after May 14, even whilst the price kept going up.

Although there seems to be a slight correlation between the price of Bitcoin and the news coming out of China, there is nothing solid that could back up this idea. Bitcoin could just be enjoying a lot of attention based on the economic failures of different countries, proving itself as a “safe haven” against financial uncertainty.

As US-China trade conflict intensified with the imposition of additional tariffs and the retaliation of both countries, the interest towards Tether in China has started to surge. The market capitalization for Tether (USDT) is up by about 65% since the ‘April Fools’ Bitcoin rally. This surge in many ways is reminiscent of the way BTC has experienced massive price gains since the beginning of the second quarter of 2019.

With the parabolic rise in the USDT market cap comes the question of whether the current Bitcoin price rally is indeed driven largely by capital flight to USDT. Data from CoinMarketCap shows that Tether market capitalization has reached $3.38 billion, an all-time high (ATH) for the most popular stablecoin. Since April, the USDT market cap has surged by about 65 percent.

Earlier this month, AtoZMarkets reported on the research carried out by Diar that on-chain transactions on the Tether blockchain protocol spiked in China in the second quarter of 2019. 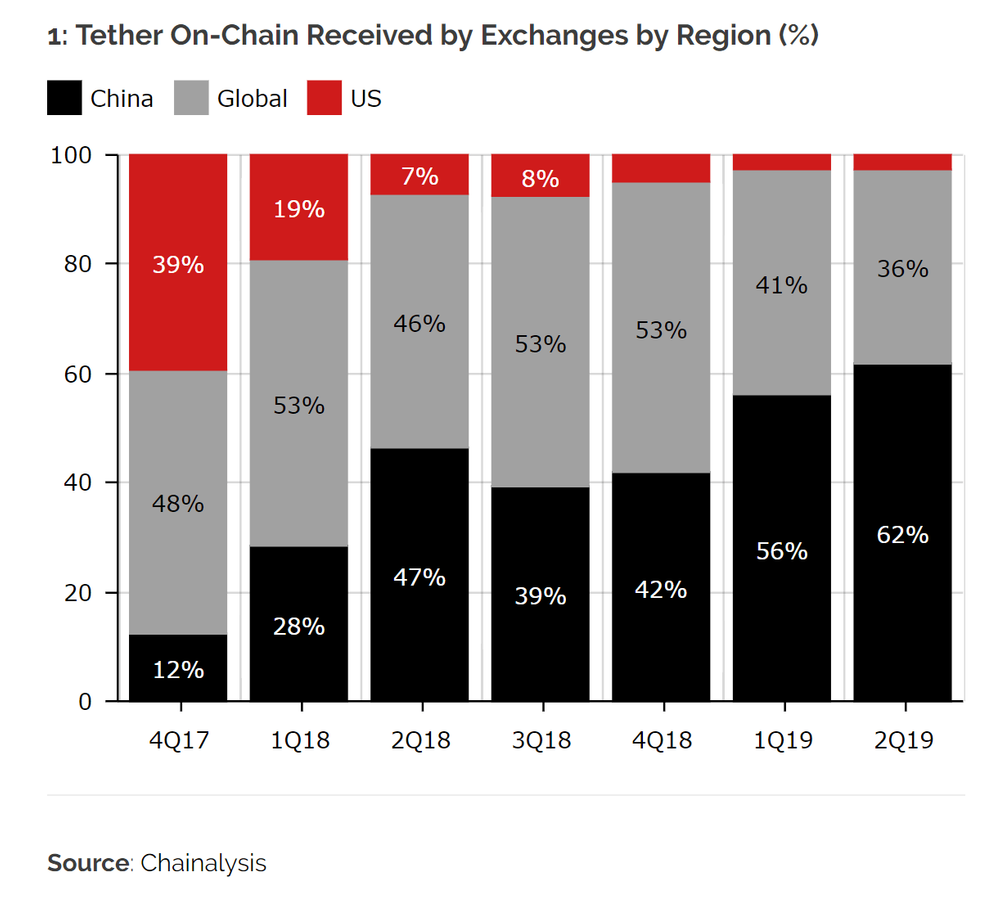 Between April and June, China accounted for 62% of transactions on the Tether blockchain, dwarfing volume from other regions. According to Diar report:

“On-chain data shows Tether movements hitting a new all-time-high for 2Q19 with one month left on the calendar for the period. What is most striking, however, is the volume coming in and out of Chinese exchanges dwarfs western and global trading venues and accounts for more than half of the total transaction value of known parties.”

While 95% of the volume in the global crypto exchange market is acknowledged to have been engineered, a verifiable volume from the futures market and regulated exchanges are responsible for the overwhelming majority of the volume of the flagship cryptocurrency.

It would be implausible to draw a conclusion that China is the major driver behind the current momentum of the crypto market as data indicates that it may be one among other catalysts boosting the upside movement of the price Bitcoin.

Are the Chinese driving Bitcoin price to new yearly highs? Share your thoughts in the comment section below!