Of course oil exporting countries’ economies have taken the biggest hit as a result of the falling oil prices. We have seen the USDCAD appreciating, Russian Rubble depreciating and most recently today’s AZN devaluation by the Central Bank of Azerbaijan.

Just on Friday, CBAR has announced that the FED’s rate hike announcement has completely no effect on AZN exchange rates and the country’s economy is doing fine. Only 48 hours later, the citizens of Azerbaijan woke up for the surprise 47% AZN devaluation announcement of the Central Bank of Azerbaijan.

Earlier this year CBAR devaluated AZN exchange rate by more than 30% also. In the aftermath of the last devaluation Azerbaijan banking system took a strong hit as many people announced that they would not be able to pay their bank loans back.

AZN is a central bank controlled currency, which does not float freely in international Forex market. Thus, the CBAR needs to intervene by selling their international currency reserves to keep the rates stable. This is also the main reason why the announcement covers that the AZN’s stable era is over, hence the country is entering into floating currency policy. 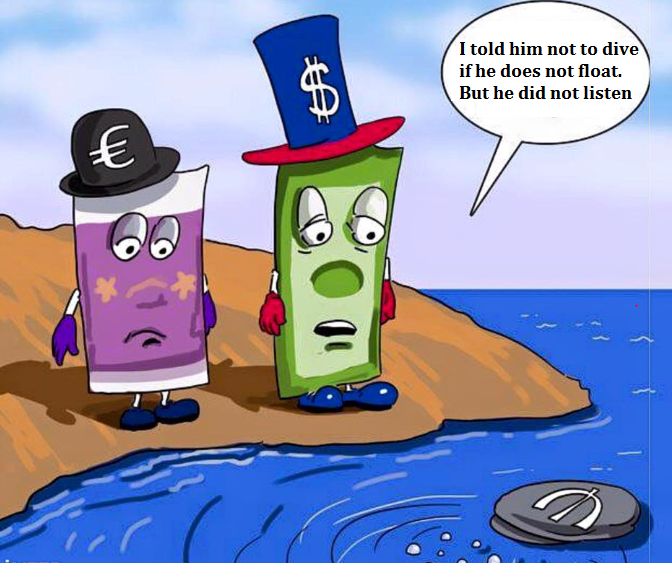 For a country, whose earnings are depended on Crude Oil prices, falling oil prices means lower foreign currency supply for the country and more exposure for the central bank.

As long as Crude oil prices stay below the $40 per barrel, the Central Bank of Azerbaijan will not be able to keep the Manat’s exchange rate at its current level. Especially, if we have any immediate developments in the next couple of weeks where the Crude Oil would fall below the $34 per barrel level, then we could expect another round of AZN devaluation.

For a country, where industrial production has not been a priority for decades, Azerbaijan is heavily depended on imported goods from every sector, including common daily use consumer products. Thus, 47% AZN devaluation will immediately show itself in imported food products and causing substantial increase in inflation.

Based on current fundamental developments, and chaos among the ordinary citizens we can expect another round of depreciation from AZN. This depreciation is likely to show itself during the first week of January right after the holiday season.

I am expecting to see USDAZN rate to rise as high as 2.00 level within the next 3 months period, however we can not rule out even higher devaluation targets. Thus 1 year USDAZN targets will remain at 3.12 zone, while we expect a corrective releasing moves from the Central Bank of Azerbaijan immediately after the 2.03 rate is hit.