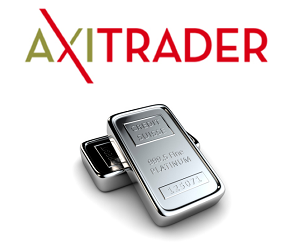 Today, there has been a confirmation following initial reports of negotiations between AxiTrader and Fixi of a potential acquisition deal. AxiTrader describes itself as Australia’s largest home-grown margin FX company. Based in Sydney with offices in London and Chisinau, AxiTrader employs more than 70 staff speaking ten different languages for a truly global reach. Utilising the world’s most popular trading platform, MetaTrader 4, AxiTrader offers clients the ability to trade Forex, CFDs and commodities in a secure and highly regulated environment. Fixi is is based in London and is an FCA-regulated firm serving institutional customers mainly in Europe and the Middle East.

It has been reported that the deal has now been closed as AxiTrader seeks to expand its business operations into the institutional trading sphere. It simultaneously provides an opportunity for expansion of its services around Europe, UK specifically.

With this development, there will now be a change in the board and executive structure at Fixi as AxiTrader’s Goran Drapac and Alex MacKinnon join the board of Fixi. Other changes include relocation of AxiTrader's operations to the the Fixi offices, located in Cannon Street. This is no doubt a good development as it helps Axitrade fortify its London operations. Recently, Axitrader launched Axiprime. An expansion from its regular business model. This put the firm into the liquidity, prime brokerage and aggregation services for retail forex brokerages and institutional traders.

As Axitrader acquires Fixi, there have been other high profile acquisitions brewing in the industry, one of which is the rumours of a potential Playtech AVATrade acquisition. It was reported that the Forex broker has caught the eye of Billionaire investor Teddy Sagi, his company Playtech was considering to acquire the fully regulated online broker. According to a Reuters report just yesterday, “a source with knowledge of the deal,” reported that the deal has already been concluded. Although the exact details and financial involvement has not been disclosed by both parties.

There have also been rumours of a potential merger between Playtech and IronFX as Mr. Teddy Sagi had recently visited the headquarters of IronFX in Cyprus. Negotiations still seem to be at a very preliminary stage. According to announcements that have been made publicly, the negotiation process is still in the midst of proceedings.