How probable is the end of AUDNZD downward? A double zigzag just completed with a terminating Elliott wave diagonal breakout upside. Do we have enough technical confirmation for a bullish correction?

19th December, AtoZForex - In the last update on Audnzd, we noted that the bearish trend would end for a bullish resurgence. 1.035 and 1.02 were our levels of ruin. Price , despite the continued bearish move, maintained itself above these levels. This means that the corrective bullish forecast is still intact. We now look at this possibility from an updated view since their has been some price actions since then.

In the last update, we noted a long term impulse wave with an expectation for a correction to 1.09. We also noted a Zigzag pattern pullback after a breakout. Price was at the b wave of the expected correction upside. The b leg was a simple Zigzag pattern. With price drowning further, the Zigzag pattern has been stretched and transformed into a different pattern. At the end of this pattern, we also noticed an Elliott wave diagonal breakout upside. This diagonal pattern is popularly called an Ending diagonal and it's a terminating Elliott wave pattern. 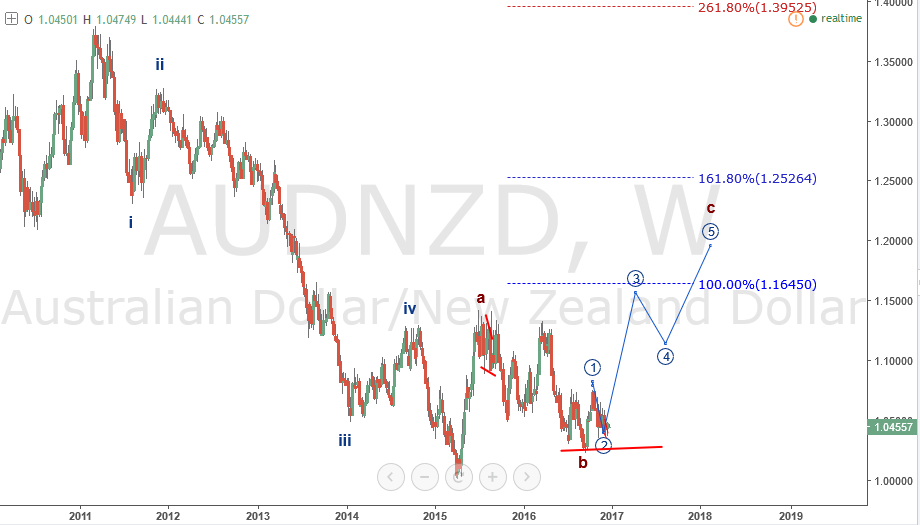 The weekly chart above shows the impulse wave from 2011 with an expected correction upside. From out forecast, we expect an impulse wave rally from the present price region to 1.164 or 1.25. The b leg of the expected corrective rally is a Double Zigzag pattern as shown by the chart below. 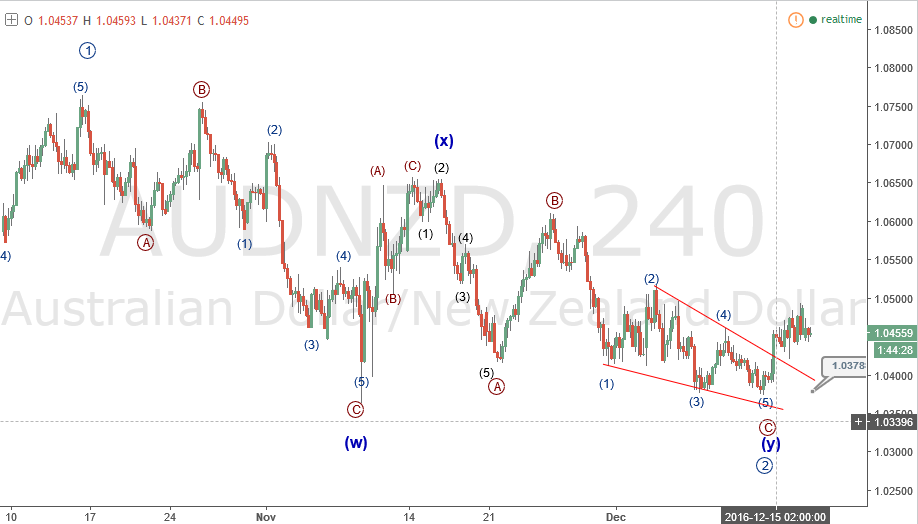 The correction which started mid-September is running out of momentum with an ending diagonal breakout as shown in the chart above. Ending diagonal is one of the three motive waves discovered by Ralph Nelson Elliott. Ending diagonal, usually, is followed by an fast breakout which was confirmed by the large bullish candle. The diagonal pattern can be seen more clearly in the hourly chart below. 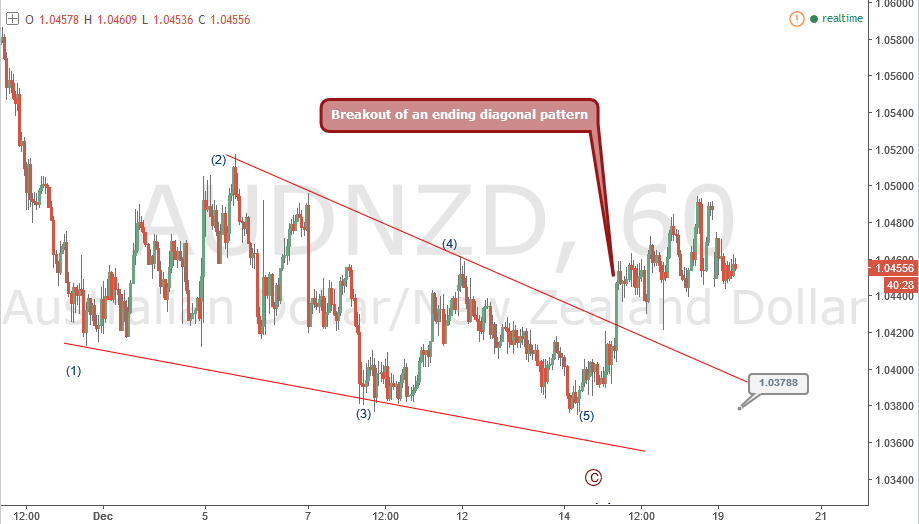 What should we expect with this breakout? A bullish move - wave c of the expected bullish correction to 1.16 and 1.25. In as much as price is contained above 1.035, the bearish trend may not continue further until our targets are reached.

In conclusion, price may move other ways but there is a very good technical ground for a bullish correction.

Are we missing something? please notify us by your comments below.