The crypto platform, Luno has recently launched its Bitcoin Barometer showing nearly two-thirds of those polled (60%) currently own, or are open to owning cryptocurrencies in the future.

December 19, 2018 | AtoZ Markets - The Bitcoin Barometer was developed in cooperation with TNS Kantar, to discover what Dutch internet users already know about cryptocurrencies today and how important they consider them to be now and in the future.

Whilst almost all of those surveyed (93%) had heard of cryptocurrencies, only over a quarter (27%) actually own any cryptocurrency. However, large % is interested in buying in future.

Residents of the Netherlands Are Ready to Embrace Cryptocurrencies

Of those that do own crypto, Bitcoin is by far the most popular currency to own, with 73% owning the coin. In a second place, we can see Ethereum than Ripple or Dash/Lisk. The popularity of particular altcoins is similar on all surveyed EU markets. 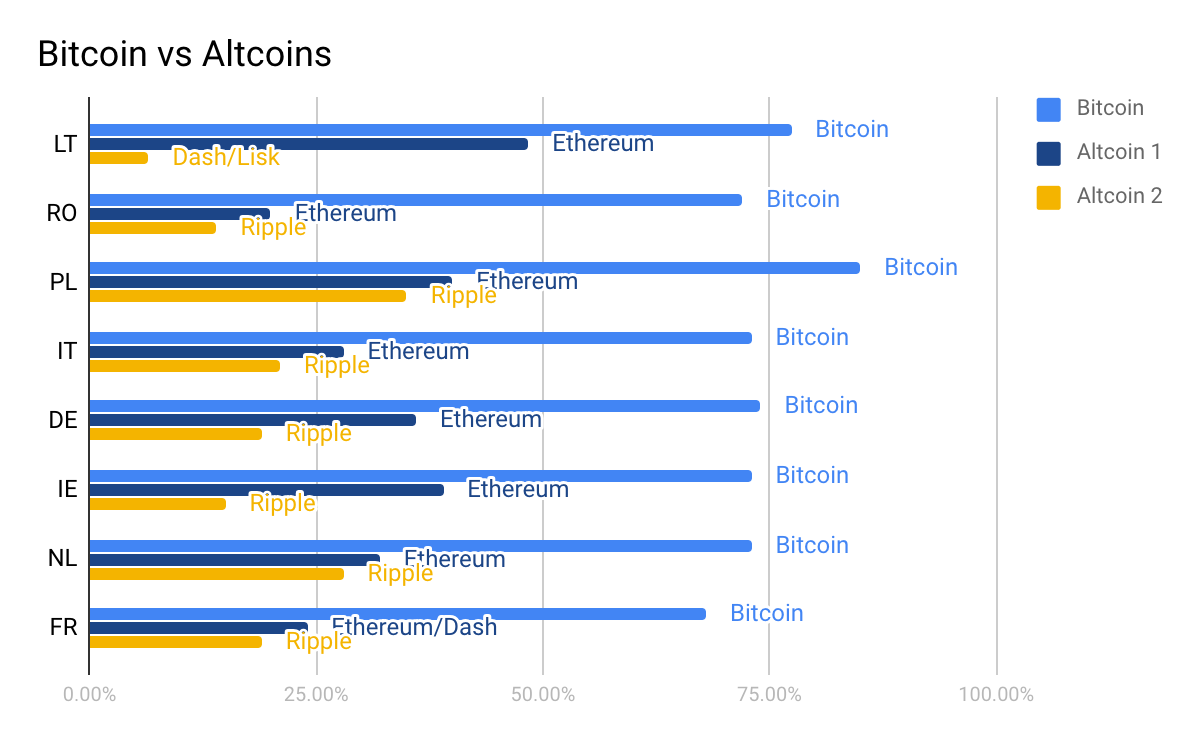 Although the majority of the EU are familiar with cryptocurrencies, it seems there is still some confusion and distrust towards the digital asset. More than two-fifths of Dutch residents surveyed (44%) believe it is difficult to use digital currencies, whilst 46% think they are not safe, nor a profitable (21%) investment. However, compared to many areas of Europe for example Italy, Netherlands residents are quite open to embracing cryptocurrency.

With over a third (39%) saying they don’t have access to enough information about digital currencies to feel confident in buying them and using them to make a secure transaction, it’s not surprising that there is still resistance to adopting the cryptocurrency, as a form of mainstream payment.

The Bitcoin Barometer has demonstrated that although nearly all of those surveyed were familiar with cryptocurrency, the majority are resistant to take this new financial system into the everyday.

Most of the Dutch (nearly 90%) treat cryptocurrencies as an investment tool, while only 20% uses it to pay for goods and services in the internet and 6% to make transfers to friends/family.

That can be caused by lack of merchants who accept such currency. It is not so common, but there are interesting places in the Netherlands which accept Bitcoin, among the others; Cocomama hotel, easyHotel Amsterdam City Centre, or Starbikes, Amsterdam Boats Events. As well restaurants like Cafe Kobalt, or barber shop Cut Throat Barber.

There are definitely public misunderstandings around cryptocurrencies that lead to lack of trust and misinformation around the digital currency. That is why education is so important!

This article was written by Magdalena Gołębiewska, the Country Manager of Luno. If you have any questions or simply want to talk, do not hesitate to contact her per email [email protected] or phone +44 7904 389 285.

About Luno, it is a leading platform offering digital currencies (Bitcoin and Ethereum) that enables everyone to buy and trade them easily and safely. The company operates in over 40 countries and has offices in London, Singapore and Cape Town.

It employs over 200 experienced technology and finance professionals. Its main shareholders include Naspers, a global IT and e-commerce tycoon and owner of well-known platforms such as PayU, Kreditech and Showmax. In 2018 Luno was recognised as the fastest-growing tech company in the UK in the Tech5 competition organised by Adyen and TWN.