Get VIP Trading Signals Market Watch
Trade Now Your capital is at risk.
Gold is about to complete the 4th wave of a long-term bearish trend. According to Elliott wave theory, Gold price could drop far below 1200.

October 2018 | AtoZMarkets - Based on Elliott wave theory, Gold might be ready for another bearish onslaught after the current rally above 1230. Last week, the price broke away from a 2-month congestion zone to hit 1233. However, Gold price has been bearish this week so far, retreating from the bullish run to 1223. Today, price started with an 80 Pips gain to trade at 1228, but it seems bullish force would be resisted. Looking at Gold price chart from January this year, it's clear that it is exhibiting the properties of a clear bearish impulse wave. Impulse waves according to Elliott wave theory signifies trend in any time frame, and are made of 5 non-overlapping waves. Looking at the year-long price chart, one might believe that the current month rally to 1233 could be the 4th wave of the bearish impulse wave as the chart below shows. 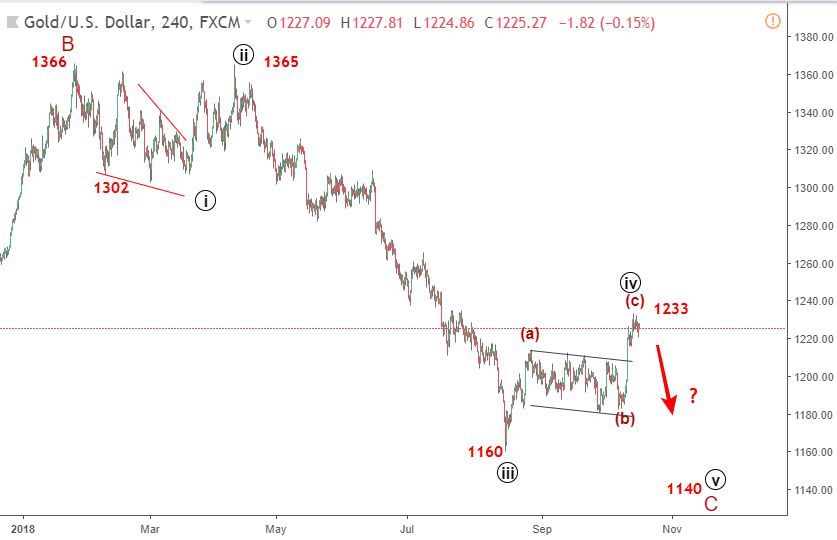 Does Head and Shoulder Pattern Confirm End of Wave 4? 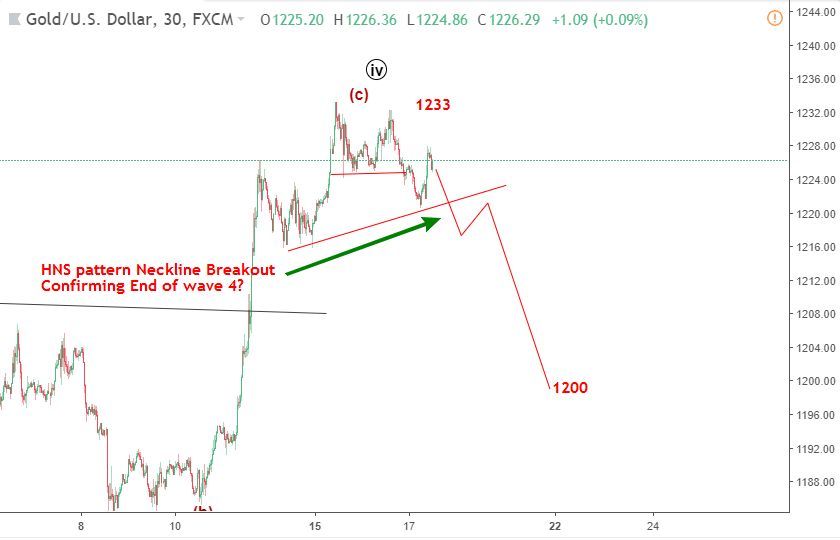 There was an intraday 'double top' pattern at 1233 and price quickly broke below the neckline. Aside from the double top pattern, a 'head and shoulder' pattern is also about completing. Head and Shoulder patterns like double top patterns are reversal patterns. If price should break below 1220 neckline, there might be a real reversal bearish reversal. If this happens, price will most likely drop to 1200, bounce and then decline further to continue the 5th wave of the year-long bearish impulse wave toward 1140. This forecast will be valid if price makes the necessary bearish breakout. A break above 1233 instead would invalidate this forecast and set price further to 1238-1240.

Do you agree or disagree with this forecast? You want to compliment it? Please share your thoughts in the comment box below.