EURUSD has started a fast bearish move ahead of FOMC at the start of the New York session . The current drop, if persists, could see price to the important 1.15 handle.

October 2018 | AtoZMarkets – This week, Euro has failed to break above 1.16 sufficiently. A sufficient break above 1.1610 was needed for the bulls to resume to 1.17 or above. It was also expected that price would fall if the bullish breakout attempt failed. That’s happening currently as price drops massively below 1.1610 to 1.1533 intraday support. A double top reversal pattern is now seen while the market wait for FOMC meeting coming later today.

In the last update, we looked at the two sides of the coin. If price could only trend only in two directions – Up or Down, it’s important to watch likely scenarios in the two directions. The chart below was used in yesterday’s update. 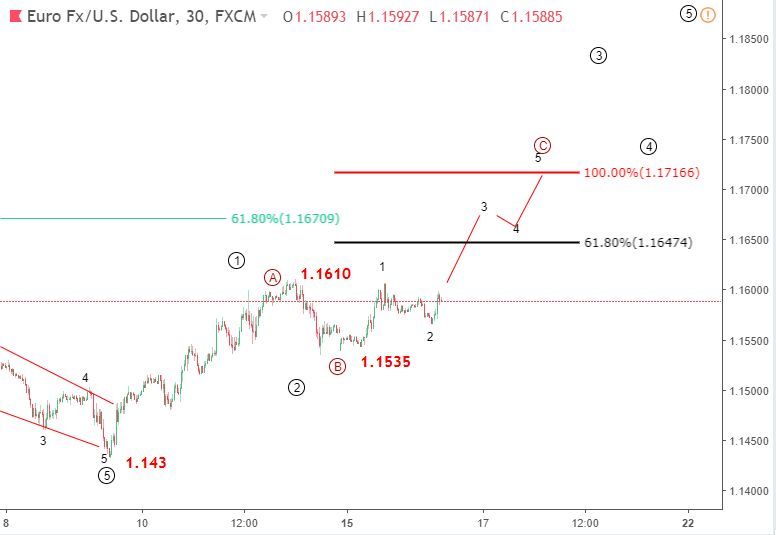 Price was resisted around 1.1610 and started dropping afterwards to complete a double top reversal pattern as the chart below shows. 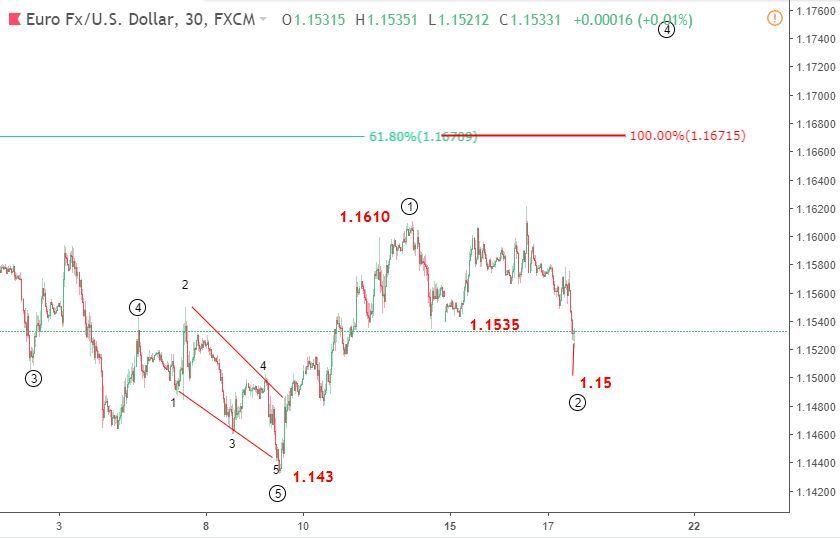 The rally from 1.143 to 1.1610 looks more like an impulse wave – possibly wave A of a higher bullish correction or wave 1 of a possible bullish impulse wave. The current dip below 1.153 suggests the current bearish majority. The FOMC outcome is capable of a big price rush. A dig below 1.143 would confirm the continuation of the year-long bearish trend. If the bulls would recover, price would be expected to be supported around 1.15 once again, then followed by a big bounce. The upside move is not off the cards yet until 1.15 gives way for the bears finally, and a drop below 1.143 would finally nail the continuation of the bearish trend.

GBPUSD Bears Regained Momentum - Can Decline Towards May's Low?
Forex Crypto
Top 5 Forex Brokers
Top 5 Crypto Exchanges
Your subscription could not be saved. Please try again.
Thank you for subscribing. You will be the first to receive all the latest news, updates, and exclusive advice from the AtoZ Markets experts.
Everyone is reading
SEC Lawsuit Against Ripple May Drag On Until 2022
Ethereum Facing Support Around $2,300 Price Area - Will Strike Upward?
Will the Prices of Gold and Silver Rise After FED Meeting?
close ×