The Dutch CBB has confirmed that the AFM has wrongly rejected the license application of Binary Options broker Optionclub. Will the Binary Options regulation in the Netherlands and Europe transform?

4th October AtoZ Forex – Today, the Dutch Administrative Appeals Court CBB (“CBB”) confirmed the financial licence for binary options provider optionclub.com (“Optionclub”) under the Dutch Financial Supervisory Act (“DFSA” or |”Wft”) / Markets in Financial Instruments Instruments Directive (“MiFID”) With this judgment, it has been established that the licence application should not have been rejected by the Dutch financial watchdog (“AFM”) on the basis that binary options might have characteristics of games of chance.

AFM should immediately issue a license to Optionclub

015, the Dutch Gambling Authority (“DGA” or (“Kansspelautoriteit”) already released a statement that it had no business in regulating financial instruments that might have characteristics of games of chance as well. A judgment copy of the case today can be downloaded here, further remarks of the CBB were:

In light of earlier developments, it was doubtful if AFM would actually issue a license. AFM took the position that the offering of binary options is illegal since binary options should be regarded (next to financial instruments) as illegal games of chance. AFM, however, was not able to convince the courts. The Rotterdam Administrative Court as well as the CBB Appeals Court ruled that the AFM should immediately issue a license to Optionclub. In response to the case the Binary Options broker stated:

delayed for years. We expect to be compensated.” – Optionclub

AMF, FSMA and AFM Binary Options ban to be cancelled?

Earlier this month, the Dutch financial regulator, AFM clarified its stance against binary options and reiterated that it falls under the category of toxic investment products. Following the footsteps of the French and Belgium regulators, the AFM announced a ban against the advertising of Binary Options. Yet, today’s final confirmation of the CBB in regards to the licensing of Binary Options, will have consequences on the earlier remarks of the AFM. Considering that the ruling, marks an important step in the development of regulation of binary options as financial instruments within the Netherlands. 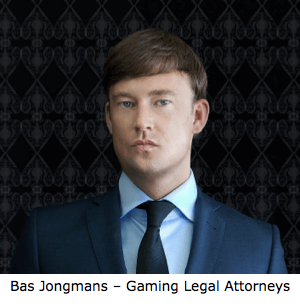 The lawyers of Optionclub, Bas Jongmans (Gaming Legal Attorneys) and Hester Bais (BAIS Legal) commented on the case and believe that:

“It’s a judgement with cross border ramifications for EU member states, as well with regard to the interpretation and implementation of MiFID.” – Bas Jongmans and Hester Bais

Through this issuance, AFM has confirmed that binary options shall be regulated by AFM in the Netherlands and as a result, licence holders shall be allowed to enter the European market, using a “European Passport”. It will even have consequences for the French regulator AMF and the Belgium regulator FSMA, who issued this year a ban on advertising of Binary Options. Will they all renounce the ban? Further details shall be made available at a later time or can be requested.

For more information about the case, please contact AtoZ Forex or Gaming Legal.