ADS Securities has announced an executive promotion, appointing Marcelo Vasques as the New Head of Global Markets. What do we know about Marcelo Vasques?

15 September, AtoZForex – Last week, the AtoZ approved Forex broker ADS Securities  and a global provider of Forex and contracts-for-difference (CFDs) announced two executive promotions at its headquarters in Abu Dhabi. Dr. Ryan Lemand got promoted to the position of New Head of Asset Management & Wealth Management, while Marcelo Vasques got appointed as the new Head of Global Markets. Talking about Mr. Vasques new position, it is necessary to mention that he has a rich experience in the financial industry. 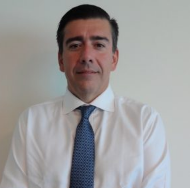 Mr. Vasques is an experienced specialist in credit trading field, as he had served as Head of Credit Trading & Sales in such organizations, as Shuaa PLC, EFG Hermes, Arqaam Capital, and Troika Dialog in Moscow.

His career began as a Credit Analyst at Meryll Lynch, and then Mr. Vasques was serving as a specialist in local market government treasury notes, bonds and export notes at Citibank and BankBoston. Additionally, he has dedicated 17 years to work as an Executive Director, Trading & Sales at ABN AMRO Bank.

From now on, as his new role is in effect, Mr. Vasques will report to Claus Nikolajsen, Managing Director, Head of Global Markets & Investment Banking. Additionally, the official announcement by ADS Securities provides comments on its Global Markets department previous success:

The Global Markets business managed ADS Securities’ role as joint book-runner, with Goldman Sachs International and Anoa Capital, for the two tranches of the Etihad Airways Platform Financing bond in 2015/16, which successfully raised US$ 700m and US $500m over the two issuances.

Ahead of his promotion, Marcelo Vasques  has been with ADS Securities for almost one year. He initially joined the company as the Head of Credit Trading.

Think we missed something ? Let us know in the comments section below.