UK’s Current Account data showed a deficit of £25.3 billion in the last quarter of 2014. The Q3 deficit was revised to £27.7 billion from £27.0 billion. The reduction in the deficit for Q4 can be attributed to narrowing in the deficit of the trade account which narrowed to to £6.0 billion from £10.2 billion as a result of the contraction of the trade in goods deficit, and an increase in the trade in services surplus. Net inward investment recorded on the financial account was £27.3 billion and £354.7 billion recorded as the international investment on net liabilities. On aggregate, in 2014, the UK’s current account deficit was £97.9 billion, equal to 5.5% of the GDP at current market prices, an increase from a deficit of £76.7 billion in 2013. The 2014 figures represent the largest annual deficit as a percentage of GDP at current market prices since inception of this records in 1948.

Mario Draghi told told European lawmakers last week that measures must be implemented “promptly and with determination” if ECB monetary stimulus is to be fully effective. More evidence has been coming up to support his stance as the CPI Flash Estimate y/y showed that deflationary pressures are easing. Consumer prices fell at a 0.1% annual rate in March, compared to a 0.3% drop in February, which marked four consecutive readings below zero. According to Christian Schulz, senior economist at Berenberg Bank in London; “It is still a long way for the euro zone toward materially reducing slack in the economy,” “Cheap oil, a weaker euro and aggressive ECB easing will boost growth this year and accelerate the normalization processes, but only countries with reformed labor markets will enjoy the benefits fully and sustainably.”

Canada’s GDP fell by 0.1% in January, following a 0.3% improvement in December. This is as a result of a decrease in service industries output such as wholesale and retail trade, transportation and warehousing services, and accommodation and food services. On the other hand, professional services and the finance and insurance sector increased and public sector (education, health and public administration combined) also edged up. 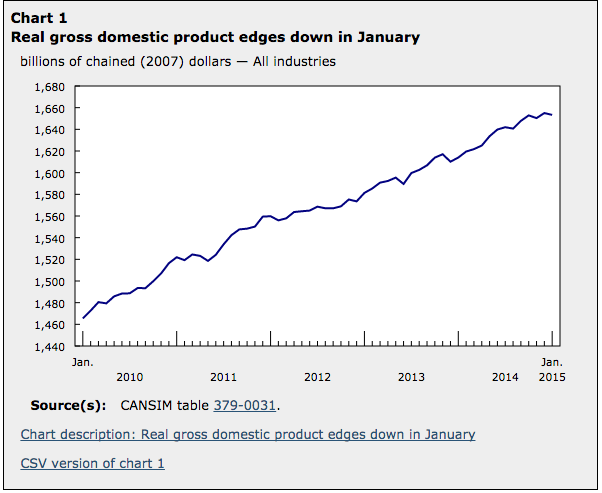 On the schedule for today:

Australia’s Building Approvals m/m shows the change in the number of new building approvals issued. Results from the Australian Bureau of statistics show that the seasonally adjusted estimate for total dwellings approved fell 3.2% in February after rising for four months. 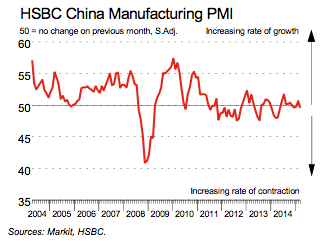 China’s Manufacturing Purchasing managers index rebounded in March, coming above the expansion benchmark of 50 at 50.1, from 49.9 in February, according to the statistics bureau and the China Federation of Logistics and Purchasing in Beijing. This signals that stimulus efforts by the government have started to boost factories in the world’s second-largest economy. Also, the  came at 49.6, up from previous of 49.2 and beating estimates of a 49.3 release. Both the Chinese Yuan and the Australian dollar strengthened after these reports.

Due at 8:30 am GMT is UK’s Manufacturing PMI, a survey of about 600 purchasing managers which asks them to rate the relative level of business conditions including employment, production, new orders, prices, supplier deliveries, and inventories is forecast at 54.5.

At 12:15 pm GMT, the US ADP Non-Farm Employment change which measures the estimated change in the number of employed people during the previous month, excluding the farming industry and government is scheduled for release, forecast at 231k, a potential increase from 213 in March. Also, the ISM Manufacturing PMI which worsened last month and is expected to slightly fall further to 52.5 from previous 52.9.